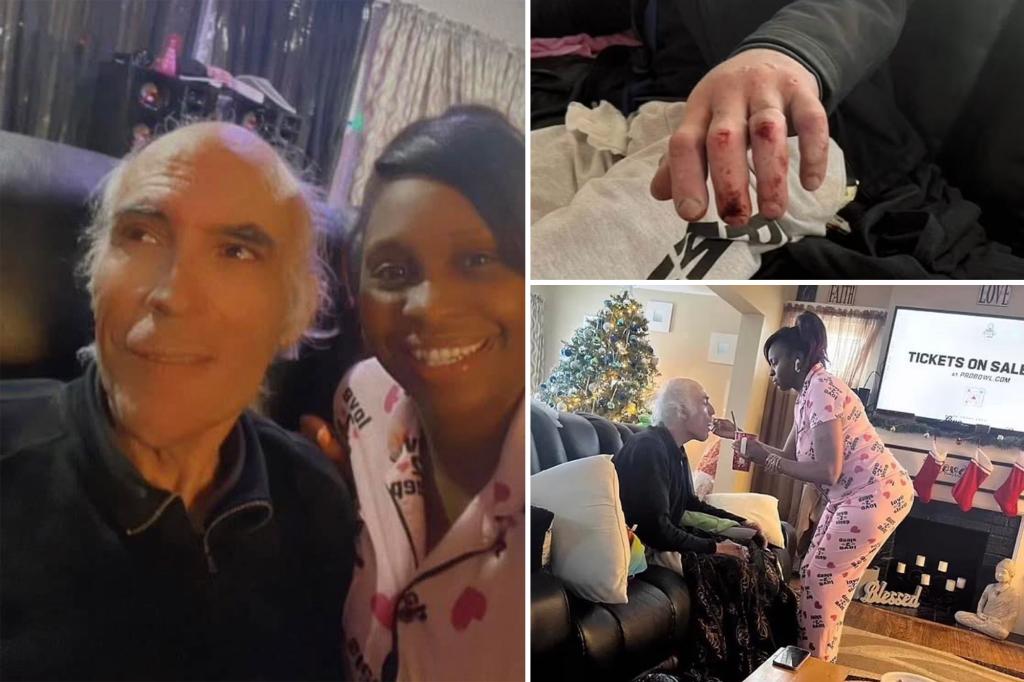 A mentally disabled Buffalo man who made national headlines when a kindhearted stranger saved him during the city’s deadly Christmas Eve blizzard has lost all of his fingers to frostbite.

“He was so frozen,” Sha’Kyra Aughtry, the good Samaritan who found White on her doorstep and brought him inside, told CBS News last week. “He had ice, literally ice balls around his hand,” she said.

Surgeons were eventually forced to remove nearly all of Joey’s fingers, including his knuckles. He has one thumb remaining, his sister said.

Joey has the mental capacity of a 10-year-old and lives in a group home several blocks away from Aughtry’s house, his sister said.

That morning, he apparently got scared during the record-breaking winter storm, which was ravaging Western New York and eventually left more than 30 people dead. He walked to a nearby movie theater, where he has worked as custodian for 40 years, but got caught in the cold when he was headed home. It’s unclear how long he was stuck outside before he ended up on Sha’Kyra’s doorstep.

In the middle of the treacherous winter storm, Sha’Kyra heard banging and cries for help outside and told her boyfriend to open the door.

The situation moved her to tears, as it was eerily reminiscent of when her brother, Darryal Aughtry, 30, crawled to Sha’Kyra’s doorstep after being shot almost four years ago, Sha’Kyra’s sister Angela told The Post last month.

“She was like, ‘You know, that’s like the equivalent to our brother passing away’ — she can’t have that happen again,’’ Angela, 32, said of Sha’Kyra’s interaction with White.

“[Sha’Kyra] said everything got replayed. … How she heard [White] crying outside the door and she couldn’t leave him out there because the same thing happened to our brother.

“She said if Joey was left out there any longer, he could have froze to death,’’ Angela said.

After bandaging Joey’s severely frost-bitten hands, Sha’Kyra called 911 again and again, but severe weather conditions made it impossible for first responders to reach them.

As a result, Joey spent Christmas Day with Sha’Kyra. By night, the mom was in a panic. She posted to social media pleading for someone to help them get Joey to the hospital. Thirty-six hours later, they made it to the emergency room, where Joey underwent several surgeries.

“I feel that especially nowadays, the way our country is … everything is just, you know, the weather is terrible. This is terrible,” Yvone told CBS. “And then to see the compassion and the love with two strangers … is just amazing.”