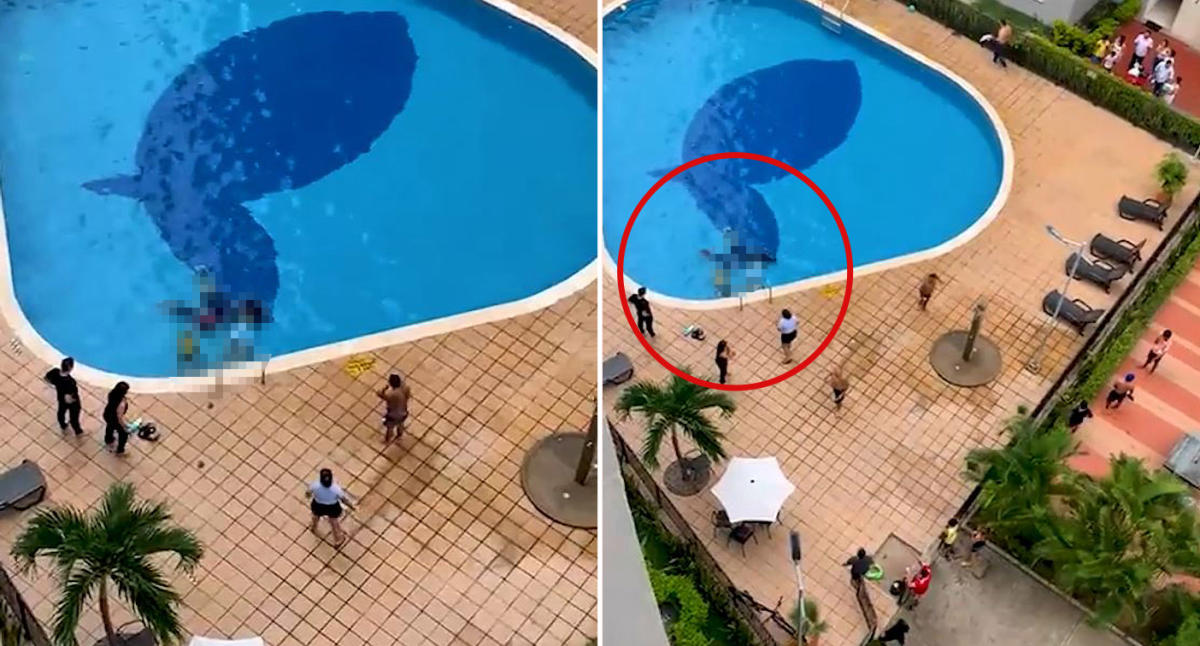 WARNING – GRAPHIC IMAGES: This is the horrifying moment two children and two adults lay motionless at the bottom of a swimming pool after getting a massive electric shock.

The scary incident took place in the private pool of the Caminos de Primavera condominium complex in Neiva, Colombia, on Monday. The victims were two children, aged eight and 11, the adult who was accompanying them, and the pool’s lifeguard, local media reported.

All four were zapped unconscious, with stunned onlookers fearing they were dead.

“From one moment to the next they began to feel vibrations in the pool. Unfortunately, the four people received an electric shock,” Lieutenant Elmer Perez of the Neiva Fire Department told local media.

Residents staged a rescue operation to get them out of the water without getting shocked themselves. Miraculously, medics said all four had sustained only minor injuries and were recovering.

Firefighters have ruled out a theory that the shock had been caused by a lightning strike. They later said it was caused by an electrical discharge, the origin of which is now under investigation. Experts have speculated to local media that the discharge could have been caused by the pool pump or the lighting system.

Aussie boy dragged into pool by huge python at home

Last year, a dad recalled how a three-metre python lunged at his five-year-old son before dragging him into the family’s swimming pool.

Ben Black said he believes the reptile was “lurking” in the garden of his Byron Bay home in late November, just “waiting for a victim to come along”. Tragically, the snake sunk its teeth into little Beau as he was swimming with his brother.

“Just out of the blue a three-metre python decided to wrap his mouth around his ankle and they both rolled into the pool,” Mr Black told Melbourne radio station 3AW. “It was instant. I saw a big black shadow come out of the bush and before they hit the bottom it was completely wrapped around his leg and my father, who is 76, jumped into the pool.”