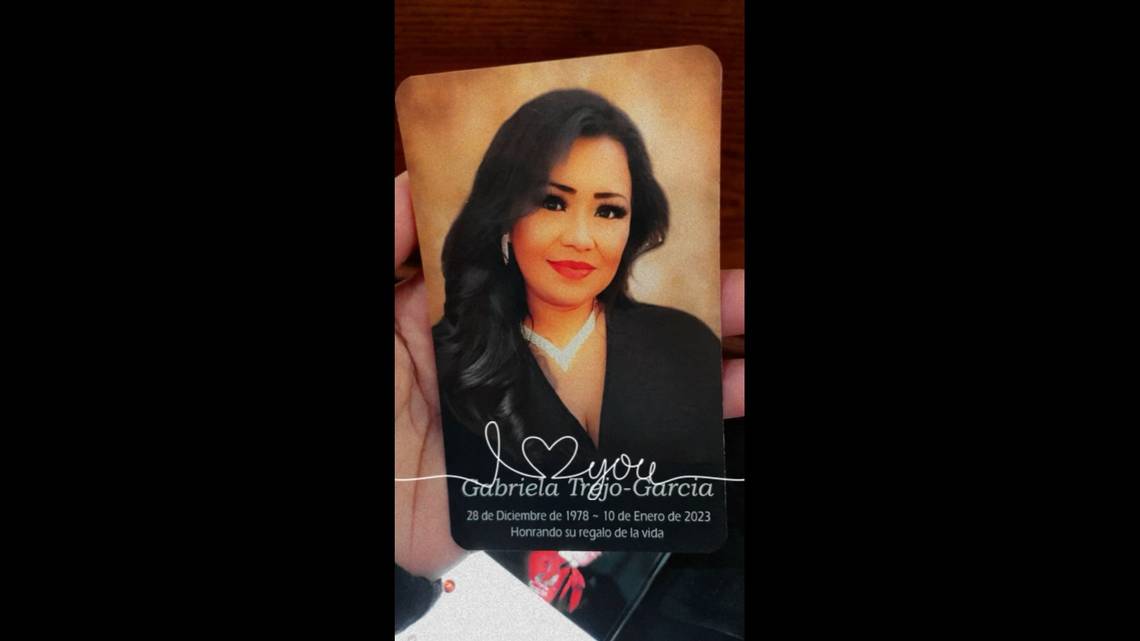 Gabriella Trejo-Garcia, 44, called her friend’s phone on Jan. 7, as she often did to gab about the kids, but this time she had an unusual request.

“I told my boyfriend that I wanted to introduce him to my best friend,” Trejo-Garcia said. “So what are you doing today?”

Lizeth Orozco, who’d known Trejo-Garcia for eight years and referred to her as a sister, replied in shock. She had never been asked to meet a man her friend was seeing. The two single mothers were rarely lovestruck.

Orozco invited the couple over to help celebrate a brother’s birthday, but Trejo-Garcia declined, opting to stay home with her new boyfriend, 26-year-old Juan Avila.

The couple were involved in a fatal crash early Sunday morning that began with a police pursuit in Kansas City, Kansas, and ended at a Kansas City intersection where the SUV being driven by the suspect slammed into their car. Authorities say the couple were innocent bystanders, and prosecutors have filed charges against Charles Matthews, 30, who allegedly fled police at speeds up to 100 miles per hour in a stolen SUV, before crashing into their car.

Orozco said she knew the couple deeply cared for each other. Though it’s unclear when they started dating, Orozco said, her friend told her at least five times how happy she was in the relationship. It felt like a big moment, according to Orozco, who had seen her friend as a shoulder to lean on since the day they first met at a birthday party for Trejo-Garcia’s youngest daughter.

“I know my friend was really, really happy. That’s the one thing that gets me through, that she left happy.”

Over the past week, Orozco said friends have struggled to come to grips with the reality that Trejo-Garcia is gone, leaving behind three children.

Her many friends have made efforts to connect with Avila’s family and friends, who live in Honduras. They’re organizing raffles and a Jan. 20 dance party at the Crystal Night Club to raise money for Trejo-Garcia’s children and help Avila’s family get his body home.

A dancer and her partner

Orozco remembers being nervous to meet Trejo-Garcia for the first time. The two had mutual friends, but Orozco had shown up to a birthday party, thrown by Trejo-Garcia, with her son, not knowing whether she’d be welcome.

But Trejo-Garcia appeared to sense their anxieties.

“You could just tell what a loving mother she was,” Orozco said.

She offered them food, repeatedly thanked them for coming and encouraged them to dance, even if there was no music playing.

Then came the Bachata music.

From that point on, whether it was Trejo-Garcia’s smooth Cumbia footwork, or her wriggling to the beats only she could hear, the dancing never stopped, according to Orozoco.

Neither did the enchiladas. Trejo-Garcia often cooked and sold them to raise funds for friends unable to pay a bill or to buy presents for her children.

“If she didn’t have it she’d make it,” Orozoco said.

Her mindset resonated with Orozco, who could share in all the triumphs, turmoil and relentless demands that came with being a single mother.

“Kids ask for anything and everything without knowing how hard some things are for us. But if that’s what the kids want, that’s what they are getting. It’s always about the kids.”

The only reprieve was a shot of tequila, or two, and a chat with her best friend Orozco.

Trejo-Garcia, originally from Guadelejara, Mexico, rarely spoke to Orozco about her past. All anyone needed to know was that she had a beautiful childhood, Trejo-Garcia would say. Her dream was to return to Mexico and see family, but she never said how long it had been.

The pair always saw each other on Virgin Mary’s Birthday. Trejo-Garcia dressed her 10-year-old daughter as a dancer, as she did every year. But in 2022, the event became one of the last times Orozco saw her friend.

The pair wished each other a Merry Christmas over shots of tequila on Dec. 28. Then on Jan. 7, they nearly met up so Orozco could meet the new boyfriend, Juan Avila.

But that meet-up never happened.

In the days following the fatal crash, Orozco has tried to learn more about Avila, only to realize that he had come to the United States without any family.

“He was here alone,” Orozco said. “I don’t even know who he lived with or where he was staying.”

A burial and mass for Trejo-Garcia took place Friday. Orozco said she felt overwhelmed seeing such a large group of people celebrate the life of her friend.

“It was amazing and I even told her,” Orozco said, referring to Trejo-Garcia. “I got to the casket and I’m like, in the way that we talk, ‘Biiitch, there’s a lot of people here for you. Oh my god, do you see?’”

“That made my heart so happy… She was so loved.”

On Jan. 7 around 11:45 p.m., Kansas City, Kansas police officers began investigating a case of an armed carjacking in the 400 block of North 18th Street after a man reported that his GMC Terrain was stolen at knifepoint from his 13-year-old nephew, who had gone outside to warm up the engine.

Later, two KCKPD officers spotted the SUV and attempted to pull the driver over. They crossed into Kansas City around 2 a.m. on Interstate 70 at Broadway and eventually drove over city thoroughfares, at one point traveling at 100 miles per hour down Independence Avenue.

Trejo-Garcia and Avila were headed north through the intersection of Independence and Hardesty when they were struck by the GMC.

Avila was pronounced dead at the crash site. Trejo-Garcia was taken to the hospital and died two days later.

Matthews, the man charged in Jackson County, was also taken to the hospital with serious injuries. He has since been booked in the Jackson County jail and is being held there on a $150,000 bond.

According to charging documents, Matthews allegedly admitted to stealing the SUV in KCK and evading police when they tried to pull him over. During the police interview, Matthews allegedly said he got on the highway and crossed over to Missouri because he thought the officers would stop chasing him.

Matthews also allegedly admitted to drinking all day and smoking meth before the crash.

On Thursday, Jackson County prosecutors announced that Matthews was charged with two counts of felony murder, a crime applied in cases where an underlying felony act directly contributes to the death of another person. He is scheduled to appear for a bond review hearing Monday in Jackson County Circuit Court.

Under Kansas City, Kansas Police Department policy, officers are advised to weigh the risks of harming themselves or the public in police pursuits. They are also instructed to only engage in cases where a suspect is believed to have committed an “inherently dangerous felony.”

Any pursuit should be stopped or avoided entirely if it poses a risk to life or property, documents said. Other factors such as road conditions, time of day and population density also need to be considered by officers.

Earlier this week, Kansas City, Kansas Police Chief Karl Oakman said an internal review would be conducted to “make certain” that the officers followed department procedure during the police chase.

Oakman also described the crash as “tragic” and offered sympathies on behalf of the department to the families of Trejo-Garcia and Avila.

“The suspect in this case committed a violent felony and in the process of eluding arrest crashed into two innocent people,” Oakman said in a statement. “It is never acceptable when the reckless actions of the suspect result in serious injury or death of others.”