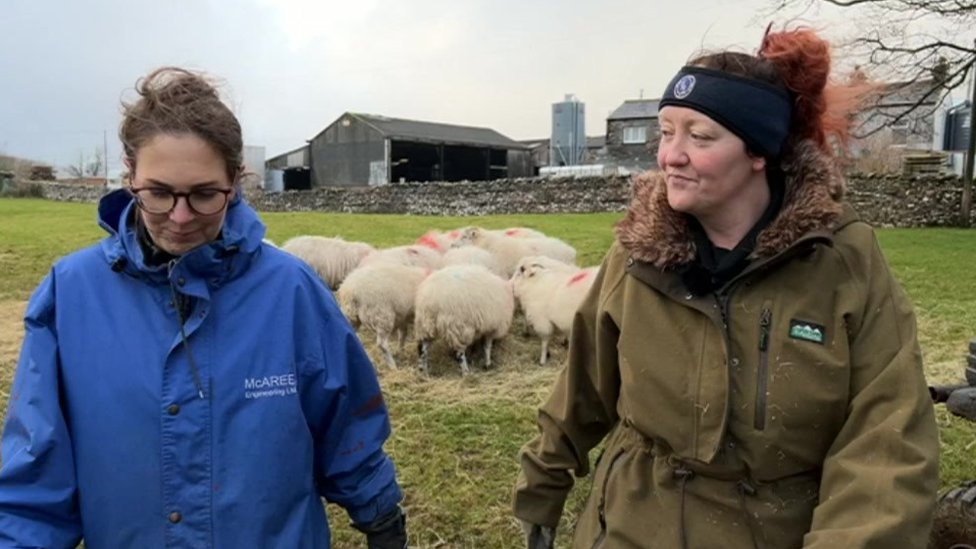 Farmers who are reluctant to ask for help need “innovative” mental health services, those in the industry say.

Amie Winder, who keeps sheep in Cumbria, said farmers “will not tell you that they are struggling”.

For her getting help involves going 45 miles to Carlisle and long waits for an appointment often mean it is “too late”, she said.

Penrith and the Border MP Neil Hudson said farmers needed to “access support in their own environment”.

He said “innovative approaches” were needed, such as offering help via apps, at livestock markets or on the farms themselves.

Cumbria, Northumberland and Tyne and Wear mental health trust said its services were based at various local sites and, where possible, it cared for people at home, as well as offering phone calls and online options.

Ms Winder, whose farm is in Ravenstondale, said farmers worked long hours in “all sorts of weather” and felt misunderstood and underappreciated.

“Every day’s a struggle,” she said.

Her friend, Rachel Gunning, is a private psychotherapeutic counsellor who believes talking to farmers in-situ is the answer.

“Rachel, she comes to your farm,” Ms Winder said.

Ms Gunning, from Kirkby Stephen, said farmers often do not seek support for mental health problems because they are “scared that they might be perceived as being weak or not having things under control”.

She said: “You’re lucky to get a farmer through the doctor’s surgery door.

“If I can bring a service to them, where I can continue doing work with them so there’s no time wasted, I think it would be really beneficial.”

The Environment, Food and Rural Affairs select committee is looking at the subject and plans to produce a report later in the year.