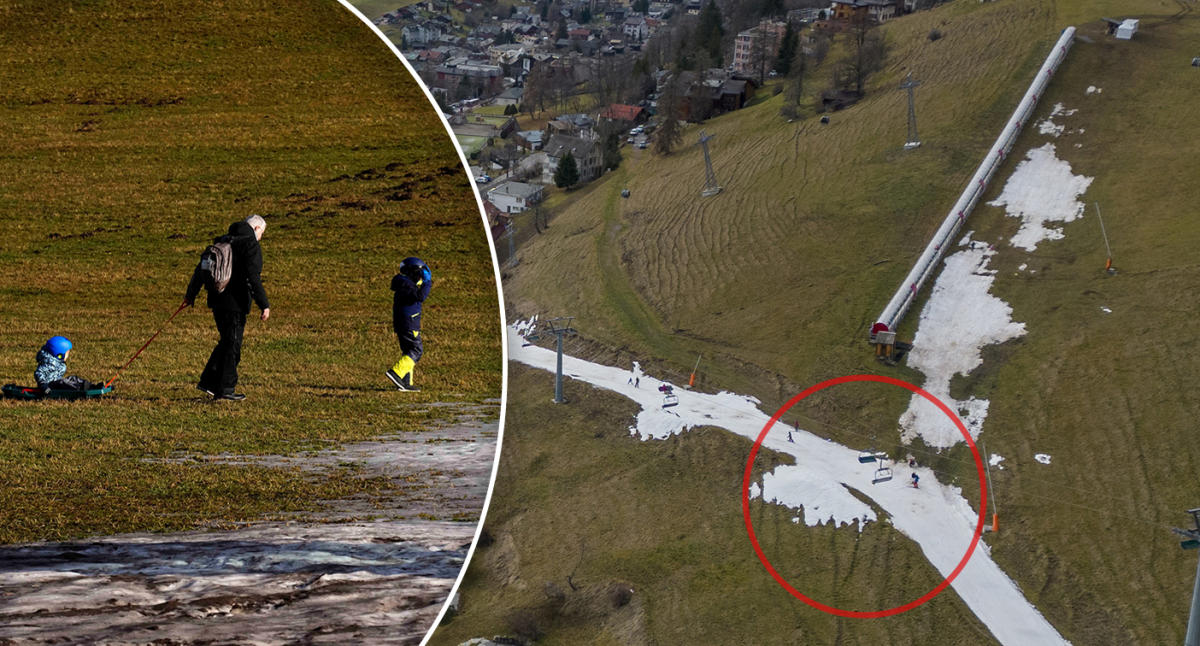 Australia’s $2 billion alpine snow industry could be at risk of collapse by the end of the century, a leading climate expert warns.

Concern is escalating after the European continent experienced its second hottest year on record, leading to dismal snowfalls and empty slopes for the start of the ski season. Vision from Switzerland, France, Austria and Spain last week showed slopes empty of the thick, white powder that has historically coated them. Only in the last few days the snow started arriving in Europe.

Poor conditions had resulted in cancelled trips, empty hotels and small businesses struggling to remain viable. The Swiss resort town of Leysin has experienced a decrease in cable car usage of up to 40 per cent on last year.

Climate Council research director Dr Martin Rice told Yahoo News Australia the conditions experienced overseas are a “wake-up call” for Australia. While factors influencing the heatwaves in Europe are still being studied, he believes it’s “safe to say” they’re being driven by the jet stream and climate change.

He warns the burning of coal, oil and gas is accelerating climate change and leading to a long-term warming trend. “Essentially the heatwaves have reawakened the senses to the impacts of climate change on many beloved sports such as skiing,” he said.

Snowfall continues to decline in Australia

Maximum snow depth and season length has declined across Australia. In 2020, there were just 20 days during winter when snow depth exceeded an average of 30 centimetres across all resorts. “When we look ahead to the 2040s, some climate models say that the maximum snow depth at Australian resorts could decline by 57 to 78 per cent,” Dr Martin said. “Essentially we’re looking at the end of a viable ski industry in years to come.”

He warns by the 2080s, climates and 11 of 21 former Winter Olympics venues could be too unreliable to host outdoor events. The prediction is supported by news this year that competitors at the Ski World Cup in Adelboden, Switzerland, will be forced to compete on 100 per cent artificial snow.