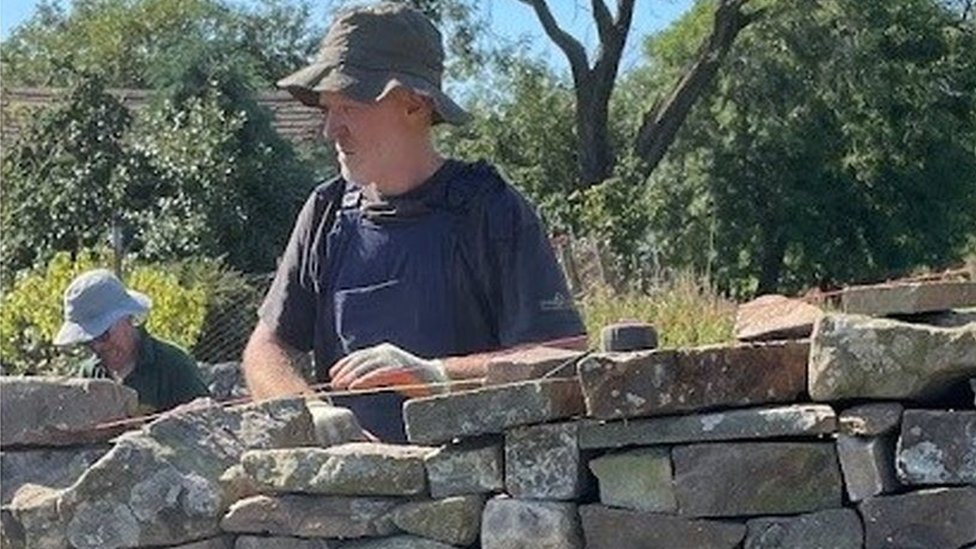 The environmental benefits of dry stone walls are at risk unless the government rethinks subsidy rates, it is warned.

But chairman Paul Foster said the subsidy for the “physically demanding, skilled job” was “woefully inadequate”.

The Department for Food and Rural Affairs (Defra) said the rates were “kept under review”.

Mr Foster said farmers wanted to maintain dry stone walls but “getting decent wallers to work for the grants available is virtually impossible without a top-up”.

A subsidy of £25 per metre, granted via the Countryside Stewardship Scheme, was raised to £31.91 on 5 January but he said £45 per square metre was more realistic, with some craftsmen needing to charge up to £70 to make a living.

“Bearing in mind that a skilled waller can rebuild three to four metres a day, this is poor remuneration for a physically demanding, skilled job,” Mr Foster said.

Brexit led to the UK’s departure from the EU’s Common Agricultural Policy (CAP) which set out land management principles and subsidies.

Walls played a “key role” in livestock management but also provided habitat for flora and wildlife, and a safe route for small mammals, he said.

Research was also being carried out into how walls could control river flow to reduce flooding and act as fire breaks for moorland fires, he added.

Mr Foster warned that, without sufficient subsidy, some farmers might resort to fencing, which was quicker and cheaper but did not have the same biodiversity advantages.

Defra said it “recognised the importance of dry stone walls in delivering environmental benefits” and pointed out the subsidy available via the Countryside Stewardship scheme had increased by 28%.