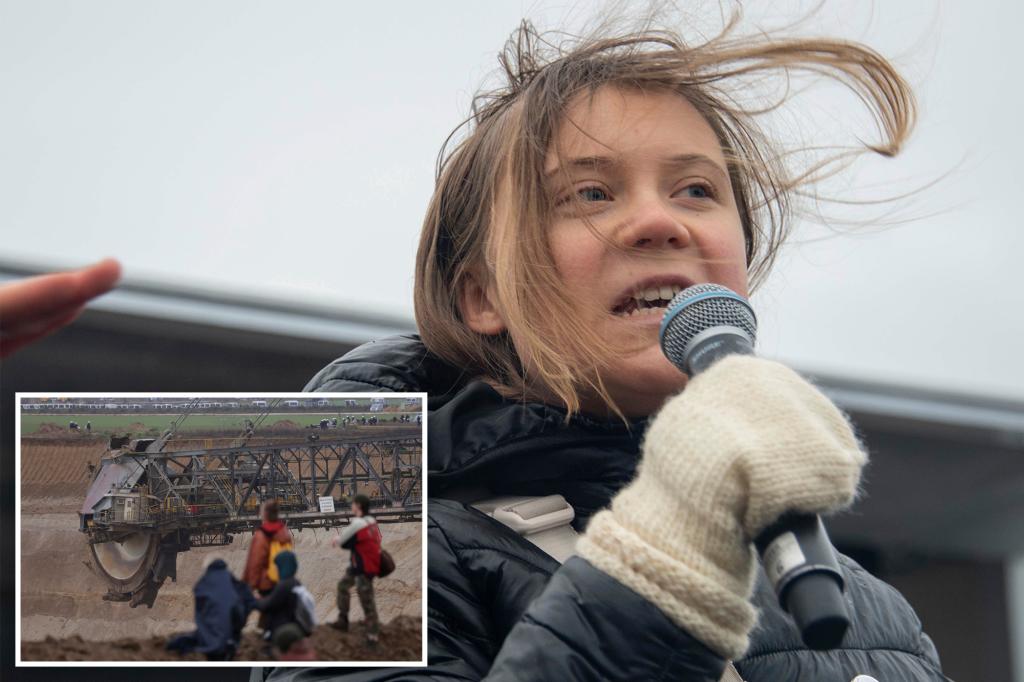 Climate activist Greta Thunberg joined an estimated 6,000 protesters in Germany who marched through rain and mud to voice their opposition against the expansion of a coal mine on Saturday.

The demonstrators walked to the village of Luetzerath, about 90 minutes outside Dusseldorf.

The village is slated to be destroyed to make way for the coal mine — a move activists say symbolizes Berlin’s failing climate policy.

“This is a betrayal of present and future generations… Germany is one of the biggest polluters in the world and needs to be held accountable,” Thunberg said on a podium, after she was seen marching with a cardboard sign boasting the German phrase “Luetzi stays,” which is a shorthand name for the village.

“Germany is embarrassing itself right now,” Thunberg said before the protest began.

Local media has reported clashes between the police and demonstrators, who have occupied the village in the western state of North Rhine-Westphalia for two years in an attempt to stop the expansion by energy firm RWE.

Following a decision that allowed RWE to move forward, more than 1,000 police officers with riot gear evicted hundreds of protesters in the village earlier this week, The Guardian reported.

“It is the last place where brown coal will be mined — not a symbol for more of the same, but for the final frontier,” Habeck said Friday.

However, activists, including Thunberg, said that Germany should focus on renewable energy, not mining any more coal.

“The science is clear: we need to keep the carbon in the ground,” Thunberg said.

The 19-year-old climate activist has recently made headlines for feuding with incendiary influencer Andrew Tate before and after his arrest in Romania on kidnapping and rape charges.

The online spat began after Tate tagged Thunberg in a post showcasing his 33 cars, asking for her email address so he could brag about the levels of pollution his cars produce.

“Yes, please do enlighten me. email me at smalld–kenergy@getalife.com,” Thunberg tweeted back in a post that went on to receive nearly 4 million likes.