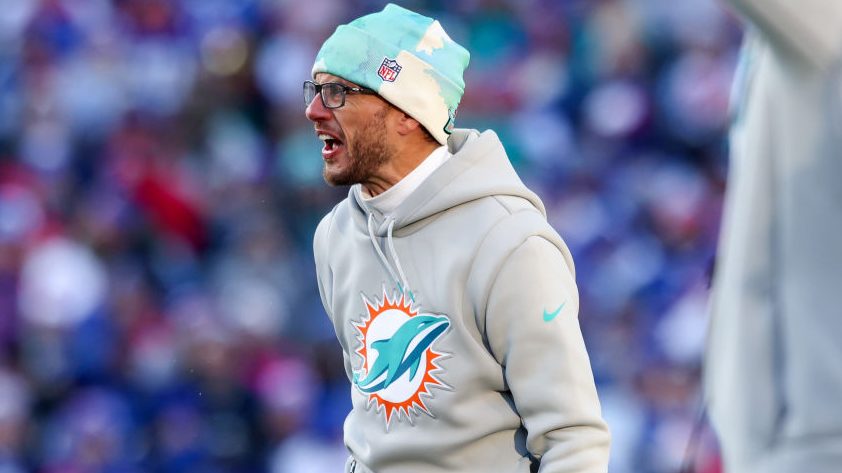 The Dolphins’ hopes of pulling off an upset of the Bills ended when quarterback Skylar Thompson threw an incompletion on a fourth down late in the fourth quarter, but they cost themselves a chance at a shorter conversion by taking a delay of game penalty before that snap.

Running back Salvon Ahmed‘s run on the previous play was close to a first down and head coach Mike McDaniel said after the game, via Marcel Louis-Jacques of ESPN.com, that he heard “from upstairs” that they got the yardage needed. Officials ruled otherwise, however, and McDaniel said the shift from a first-down play to a fourth-down call caused confusion that led to the penalty.

The Dolphins weren’t able to call a timeout because they had already burned all three in the second half due to frequent slowdowns in calling plays and snapping the ball. Some of that was likely due to playing on the road with a rookie third-string quarterback, but McDaniel said, via Daniel Oyefusi of the Miami Herald, “it shouldn’t have to happen as much” as it did on Sunday.

Miami gave the Bills all they could handle and better communication between the booth, sideline and field might have been enough to push them over the finish line.

Mike McDaniel: I was told “from upstairs” we had first down before late delay of game originally appeared on Pro Football Talk