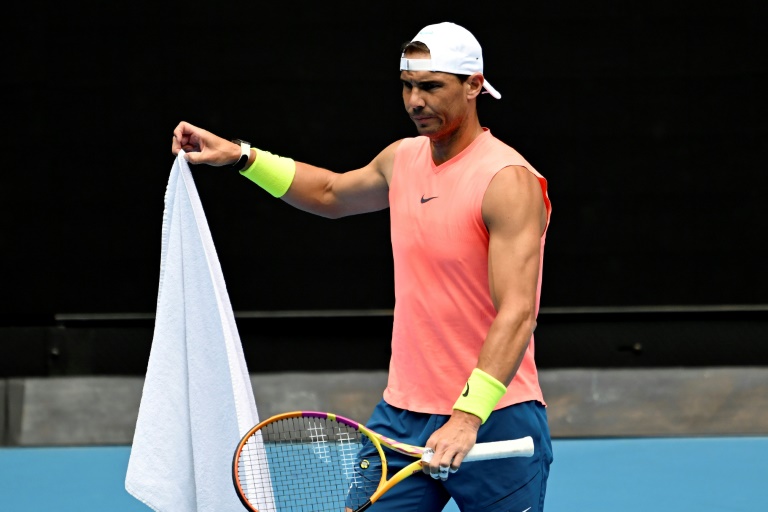 The first Grand Slam of the year kicks off at Melbourne Park with the men’s world number one ranking at stake and a new women’s champion set to be crowned after Ashleigh Barty’s shock retirement following her win last year.

Spanish great Nadal, 36, has lost six of his past seven matches, including his opening two this year, ahead of a difficult afternoon clash on Rod Laver Arena against Britain’s in-form Jack Draper.

The fast-improving Draper, 21, made the semi-finals of the Adelaide International this week and said he would not be overawed, despite Nadal being an idol.

Nadal surged to the title last year with a thrilling five-set win over Russia’s Daniil Medvedev, who faces American Marcos Giron on centre court in an evening match.

His run to a first Australian crown since 2009 came in the absence of nine-time champion Novak Djokovic, who is back this year and heavy favourite after missing the 2022 event when he was deported over his Covid vaccination stance.

The 35-year-old Serbian begins on Tuesday against Spain’s Roberto Carballes Baena, bidding not just for a 10th title and to equal Nadal’s 22 Slams, but to reclaim the top world ranking.

“I like my chances,” said Djokovic, who is in form, winning at Adelaide last week after ending 2022 with another ATP Finals triumph.

He can return to the top by lifting the trophy. So can Norway’s Casper Ruud and Greek Stefanos Tsitsipas, according to the governing body ATP.

World number three Ruud can also become world number one by reaching the final, as long neither Djokovic nor Tsitsipas win the title.

If none of those scenarios play out, the reign of Carlos Alcaraz, who is not playing in Melbourne due to injury, will continue.

Tsitsipas opens his campaign against France’s Quentin Halys on Margaret Court Arena, with Ruud in action on Tuesday.

The Pole secured eight WTA titles in 2022 and became the first woman in six years to win two Grand Slams in the same season — at Roland Garros and New York.

With retired great Serena Williams and two-time Melbourne winner Naomi Osaka also missing, it is almost certain that there will be a new name on the Daphne Akhurst trophy.

The only former title-holders in the draw are out-of-sorts Sofia Kenin, who won in 2020, and Victoria Azarenka, whose second Australian Open triumph was a decade ago.

Swiatek begins on Monday against Jule Neimeier, the German world number 68 who reached the quarter-finals at Wimbledon last year.

More recently, the pair clashed in the last 16 at the US Open, where Swiatek had to dig deep after dropping the first set before going on to win the tournament.

“It’s not going to be easy,” she said of Neimeier.

“But any match in a Grand Slam is always more intense and more stressful than other tournaments. I’ll be ready for it.”

The 28-year-old played a central role for the victorious USA team at the United Cup to continue her red-hot form from the end of the 2022 season, which included lifting a second singles trophy at the WTA 1000 in Guadalajara.

Sixth seed Maria Sakkari and seventh seed Coco Gauff are also in action Monday, as is Azarenka — against Kenin.