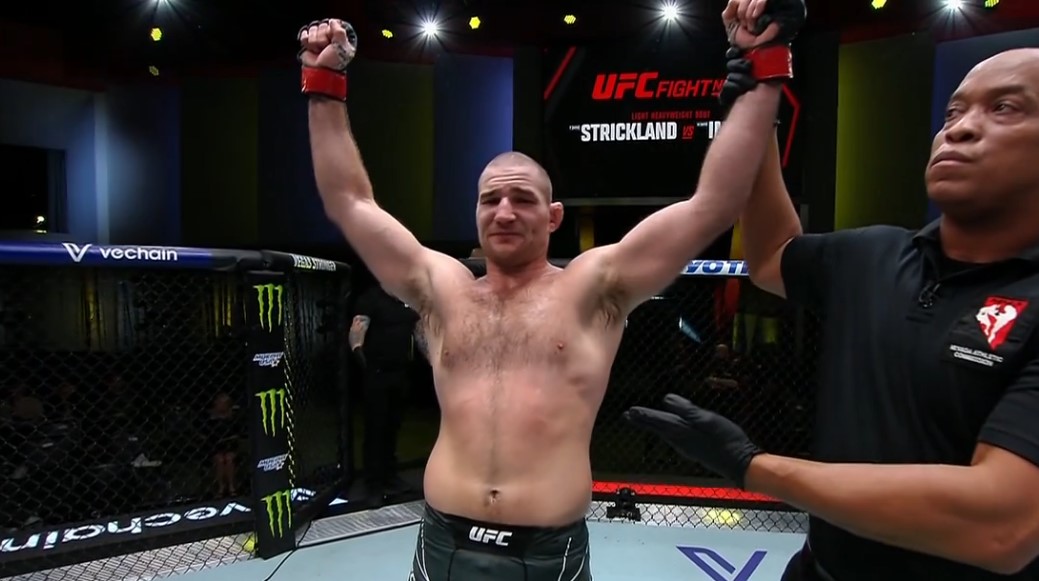 LAS VEGAS – Stepping up for a five-round fight on short notice was no problem for Sean Strickland.

After Kelvin Gastelum pulled out of the UFC Fight Night 217 main event just days before his scheduled bout against Nassourdine Imavov, Strickland (26-5 MMA, 13-5 UFC) stepped up and performed impressively to return to the win column.

The light heavyweight bout was the UFC Fight Night 217 main event at the UFC Apex and aired on ESPN+.

It was the first main event for Imavov (12-4 MMA, 4-2 UFC) in his UFC career, but it was one that proved Strickland was too much to handle over 25 minutes.

Strickland began the fight in his typical style of marching forward as he invited Imavov to exchange punches. Both fighters found the mark with sharp strikes in the first half of the round. Strickland mixed in some low kicks to vary his attack before returning his focus back upstairs. A big right hand caught Imavov’s attention, prompting Strickland to turn up the forward pressure even more as he looked to land another big haymaker, but it would not come.

The approach remained similar for Strickland over the next four rounds.

It was a typical Strickland performance that saw him march forward while working behind a snappy jab. As a new wrinkle, he mixed in a few more kicks and takedowns, but it was largely the same forward-marching boxing attack.

For Imavov, it was a frustrating bout, who at times looked for sloppy takedowns, and struggled to keep Strickland from putting together combinations.

It wasn’t a complete wash for Strickland as Imavov had some good moments at times, and landed his share of strikes. However, the five-round experience and excellent cardio of Strickland prevailed as the fight went to the scorecards, where the scores of 49-46, 49-46, 48-47 were in his favor.

During his post-fight speech, Strickland relayed his frustration with judges, and also delivered a nice message in remembrance of UFC Hall of Famer Stephan Bonner who died in December.

Imavov sees his three-fight win streak come to an end. He entered with consecutive wins over Ian Heinisch, Edmen Shahbazyan and Joaquin Buckley.