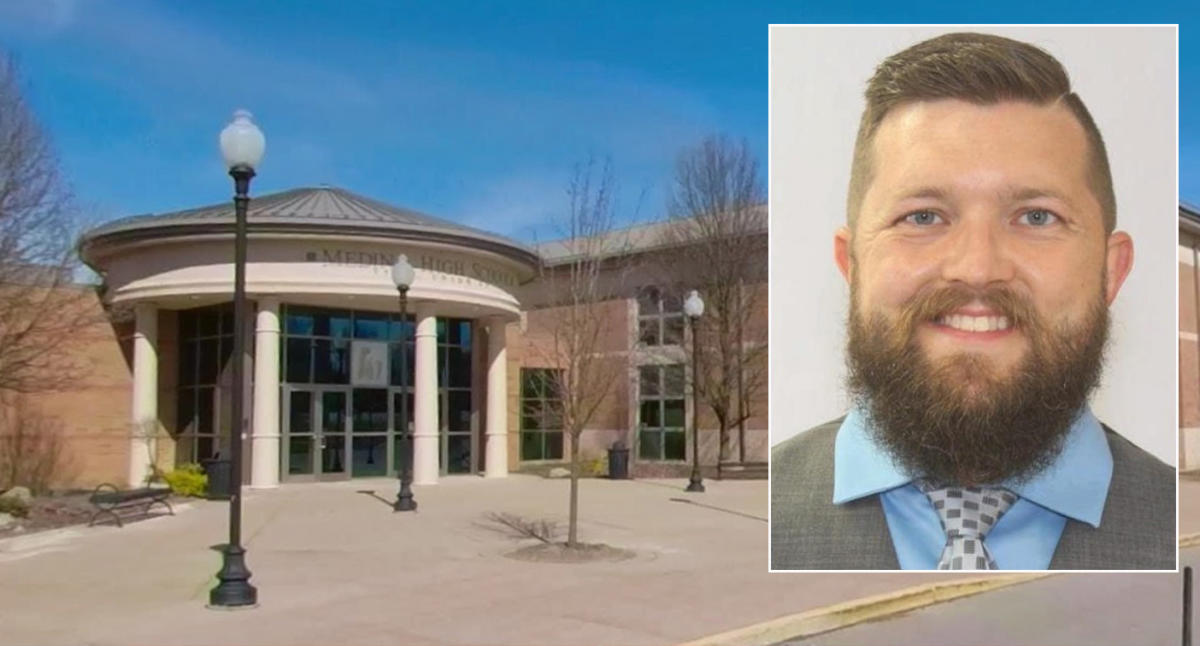 A married teacher has been arrested after allegedly trying to set up a sexual encounter with a 14-year-old girl.

Investigators allegedly found child pornography after raiding the home of suspect Kevin Hedrick, 37, who had originally thought that he was speaking to the 28-year-old mum of two underage girls. But it was later revealed to him that he had in fact been interacting with a US Secret Service agent.

Hedrick, reportedly a social studies teacher at Medina High School in Ohio, has been charged in a Cleveland federal court with two counts of possessing child pornography. He has also been charged with receipt of visual depictions of minors engaged in sexually explicit conduct and enticing or coercing a minor to engage in prostitution or any criminal sexual activity.

The teacher allegedly used the school district’s internet to access his Kik messaging app, where investigators allegedly found hundreds of images depicting children between the ages of 7 and 13 engaging in sexual activity.

The undercover agent was posing as the mum of two daughters aged 5 and 14 and reportedly asked the accused if he would like to have sex with her and her teenage daughter. Hedrick allegedly said that he would, adding that he had never had intercourse with a minor before but that he had had relationships with two pupils after they had finished high school.

When questioned about the chat messages, Hedrick allegedly said that he had “fantasised about having sexual relations with the woman and her 14-year-old daughter, but qualified the chats as only descriptive fantasies.”

The teacher has been put on paid leave from the school, with Medina City Schools Superintendent Aaron Sable reportedly writing in an email to parents: “We understand charges of this nature are distressing especially in a school environment involving an educator.”

“We are thankful for the diligence and collaboration of the FBI, local police and district administration to ensure our students and staff remain safe from predators.”

Hedrick’s lawyer Donald J. Malarcik Jr. told local media that his client had resigned from his position and would “never teach again”. Hedrick is reportedly being held in a federal detention facility in Youngstown, Ohio and had a hearing scheduled for Friday. The case is ongoing.