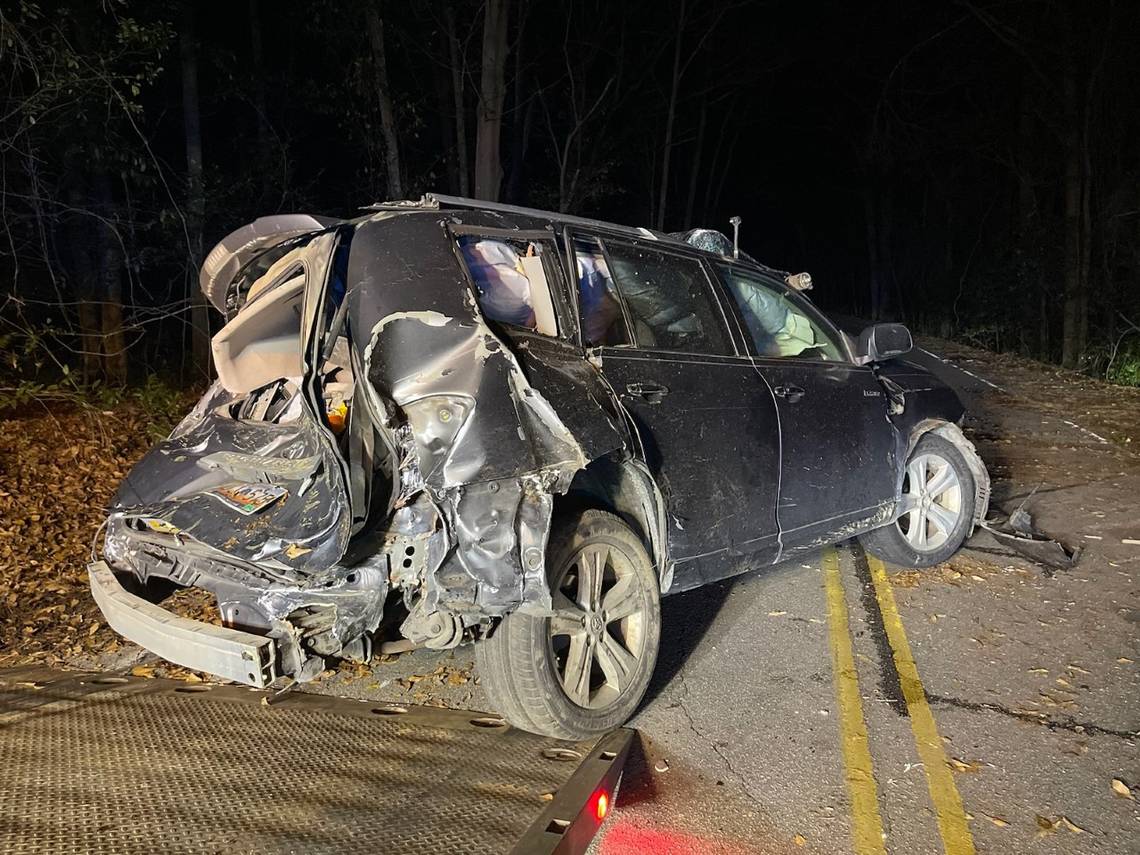 A teenager is facing multiple charges after leading a chase where he ran from a crashed vehicle and hid in the woods for hours in frigid temperatures, the Lexington Police Department said Sunday.

The incident happened overnight Saturday, near Roberts Street in Lexington, according to police. That’s in the area between Gibson Road and South Lake Drive.

The incident began when an officer tried to stop a vehicle that had a headlight out and an expired license plate, police said. The driver failed to stop for blue lights and drove away at a high rate of speed, according to police.

The officer did not pursue the speeding vehicle down Roberts Street because of a Lexington Police Department policy regarding those specific violations, but moments later the officer found the overturned vehicle and saw the driver climb out and run into the woods, police said.

Police said officers set up a perimeter and brought in both police dogs and a drone to search the area.

The drone found the runaway driver several times, and when officers approached, he ran deeper into the woods, according to police.

After two hours, he was found again by the drone lying in a wooded area near the road, and officers took him into custody, police said.

He was taken to an area hospital to treat the injuries he sustained during the collision and exposure to the cold, according to police. Further information on his condition was not available.

The runaway driver is a 17 year old and a validated gang member, police said. The teenager was not publicly identified because of his age.

The teen did not have a driver’s license, and it was found later that the vehicle he was driving was stolen, according to police.

The teen is facing charges of failure to stop for blue lights, leaving the scene of a collision, reckless driving, possession of a stolen vehicle, driving without a license, and defective headlight, police said.

There was no word if the teen is still in the hospital, or if he has been released to and taken to jail or placed in the custody of a parent/guardian. Police said the teen will have to appear in Lexington County Family Court on the charges.

Both the Lexington County Sheriff’s Department and South Carolina Department of Public Safety helped police maintain the perimeter during the search, where roads in the area were temporarily closed.