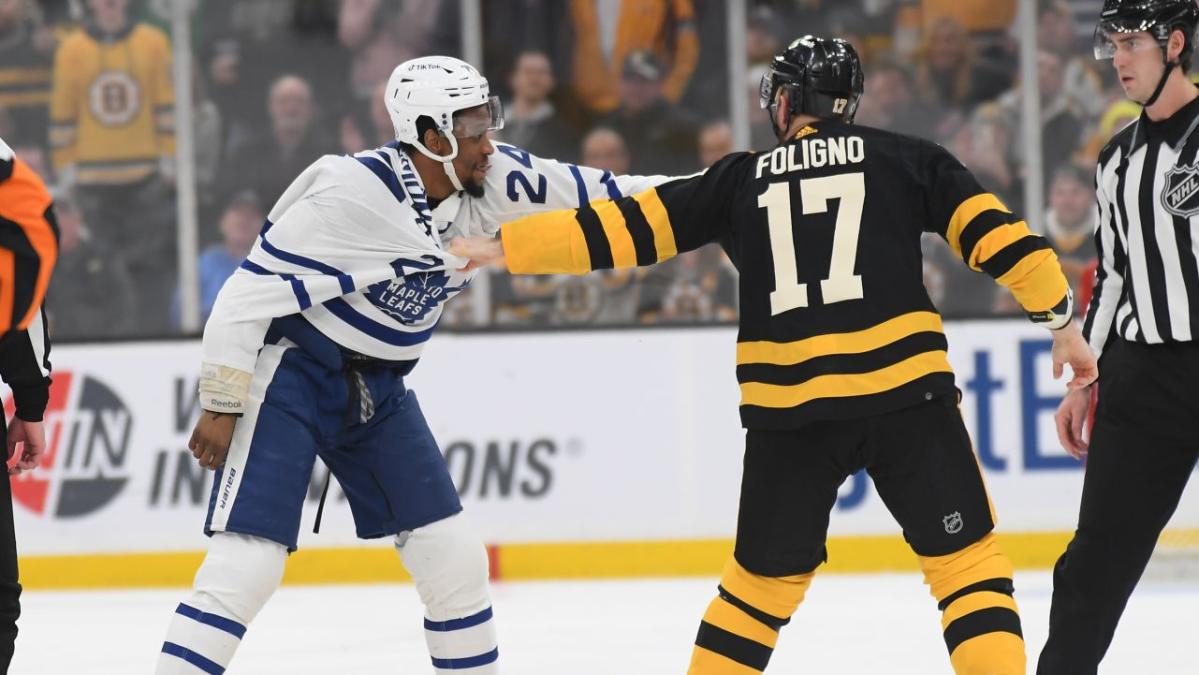 WATCH: Foligno, Simmons throw down in one of NHL’s best fights of season originally appeared on NBC Sports Boston

BOSTON — The first three minutes of Saturday night’s showdown between the Bruins and Maple Leafs provided some A+ entertainment.

Leafs goalie Matt Murray robbed Bruins left wing Brad Marchand of an almost certain goal with one of the best saves of the 2022-23 season.

Shortly after, Bruins forward Nick Foligno and Leafs forward Wayne Simmons engaged in a heavyweight bout that went the distance.

Check out the fight in the video below:

Foligno and Simmons both have more than 10 years of NHL experience, but this was the first time they’ve fought each other in a game.

Bruins report card: Grading every player at the halfway point of the season

The Bruins have 15 fights this season — tied for the fifth-most in the league. The Leafs have fought six times.

The energy at TD Garden for Saturday’s game was super intense in the opening minutes. Both sides are trying to make a statement in a matchup between two of the league’s top three teams (based on records).