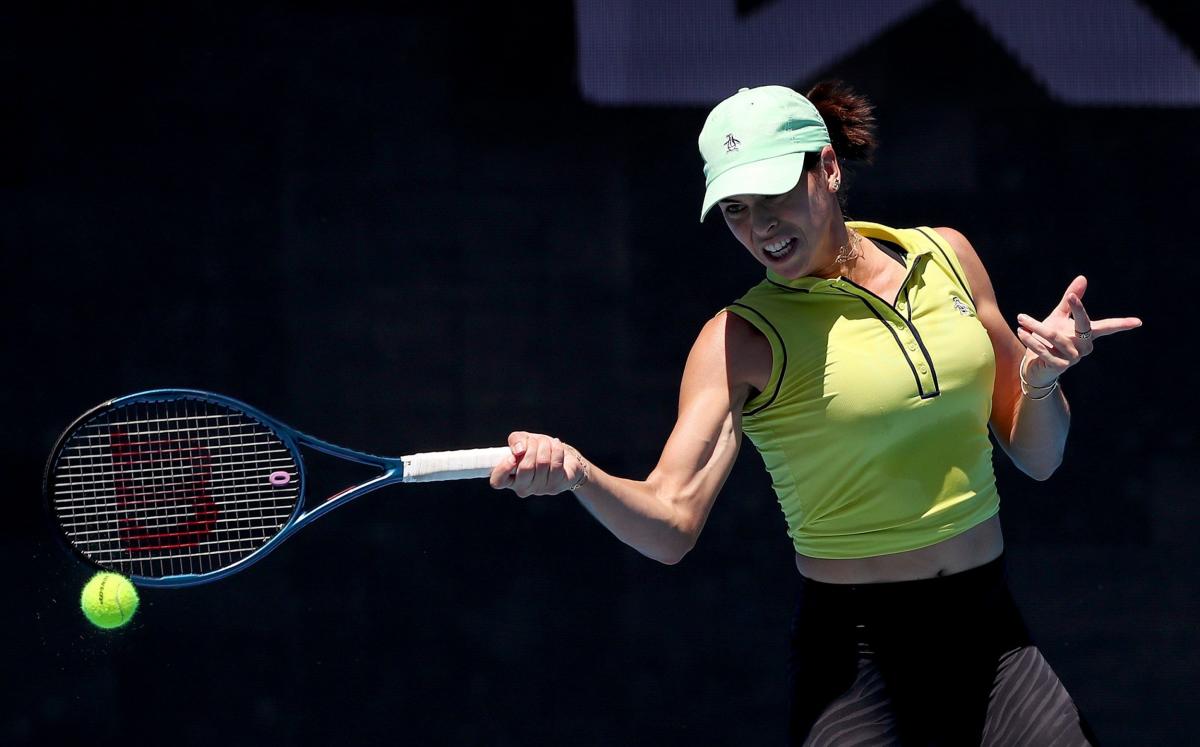 Only 24 hours after the release of the new streaming documentary series Break Point, the tennis world is already talking about the Curse of Netflix. On Saturday, two of the featured players from the first five episodes withdrew from the Australian Open because of injury, adding to the loss of world No 1 Carlos Alcaraz a week earlier.

Saturday’s first announcement came from Paula Badosa, the Spaniard who reached the fourth round in Melbourne last year. She was forced to drop out because she damaged an abductor during a lengthy quarter-final in Adelaide – which turned out to be a Pyrrhic victory over Brazil’s Beatriz Haddad Maia.

The second withdrawal was even more disappointing for tournament organisers, because Ajla Tomljanovic has become the leading Australian woman since the retirement of last year’s Melbourne champion Ashleigh Barty in March.

In a message posted on her social media channels, Tomljanovic said that she had been struggling with a knee injury for the past month or so. “It absolutely pains me to have to write this message,” she wrote. “I’ve done absolutely everything in my power to get healthy but just ran out of time to heal and be 100 per cent ready to compete at a high level.”

Tomljanovic had featured heavily on episode two of Break Point alongside her then boyfriend Matteo Berrettini, while Badosa was the co-star of episode four.

Alcaraz – who had pulled out of the Australian Open a week ago after injuring a leg during a practice match – is also part of the Netflix production, although his episodes come later in the series and will not be released until the summer.

The other leading participants in the first five episodes of Break Point are Nick Kyrgios, Berrettini, Taylor Fritz, Ons Jabeur, Casper Ruud and Felix Auger Aliassime, who were all reporting fit and ready at the time of writing.

Emma Raducanu cut a relaxed figure on the eve of her Australian Open first-round tie against Germany’s Tamara Korpatsch, insisting she ‘fully trusts’ the ankle she injured in Auckland.

The British No 1 has had an interrupted build-up to the season’s opening major after rolling her ankle at the ASB Classic earlier this month but says she expects to feel comfortable on court against Korpatsch – ranked one place above her at 74 in the world.

That match will take place in the early hours of Monday morning for British fans, scheduled first on the 1573 Arena from 11am local time (midnight on Sunday night in the UK).

They take to Rod Laver Arena in the afternoon session, beginning 4:30pm Melbourne time (3:30am in the UK) in the biggest match of Draper’s career. Nadal has been in trying form, with one win from his past seven matches, while Draper – who made his top 40 debut in the rankings on Monday – scored a couple of impressive wins at the Adelaide International 2 this week, reaching the semi-finals.

When is the Australian Open?

The tournament starts at Melbourne Park on Monday January 16 and will conclude on Sunday January 29.

How to watch the Australian Open 2023 on TV

In the UK, Eurosport has the broadcasting rights to live action from Melbourne and will show 250 hours of live coverage with Alize Lim, Mats Wilander and Tim Henman leading coverage alongside Barbara Schett and Laura Robson. John McEnroe, will join from New York while Alex Corretja (Spain), Justine Henin (France), Boris Becker (Germany) and Roberta Vinci (Italy) will be part of Eurosport’s localised coverage.

What are the other key matches on days 1&2?

Draper v Nadal (see above) will be followed by top women’s seed Iga Swiatek, who opens the night session on the main showcourt against Wimbledon quarter-finalist, Germany’s Jule Niemeier.

An even more daunting challenge awaits Andy Murray on Tuesday, as former Wimbledon finalist Matteo Berrettini stands in his way. Italy’s Berrettini is seeded 13th, beat Murray in four sets in the US Open third round last September and is one of the strongest servers on tour. British No 2 Dan Evans also plays on Tuesday, against 90th-ranked Facundo Bagnis of Argentina.

Novak Djokovic will begin his first campaign in Melbourne since 2021 on Tuesday too, against world No 75 Spain’s Roberto Carballés Baena. He has had the best possible preparation for the first major of the year, in winning the Adelaide International 1 last week, but has been managing a hamstring injury over the past few days.

What is the Australian Open prize money?

Who are the defending champions?

Ashleigh Barty beat Danielle Collins to end a 44-year drought for the home nation by winning the 2022 women’s title.

Rafael Nadal fought back from two sets down to defeat Daniil Medvedev and win his 21st grand slam title.

What are the latest odds?

Odds correct as of January 14