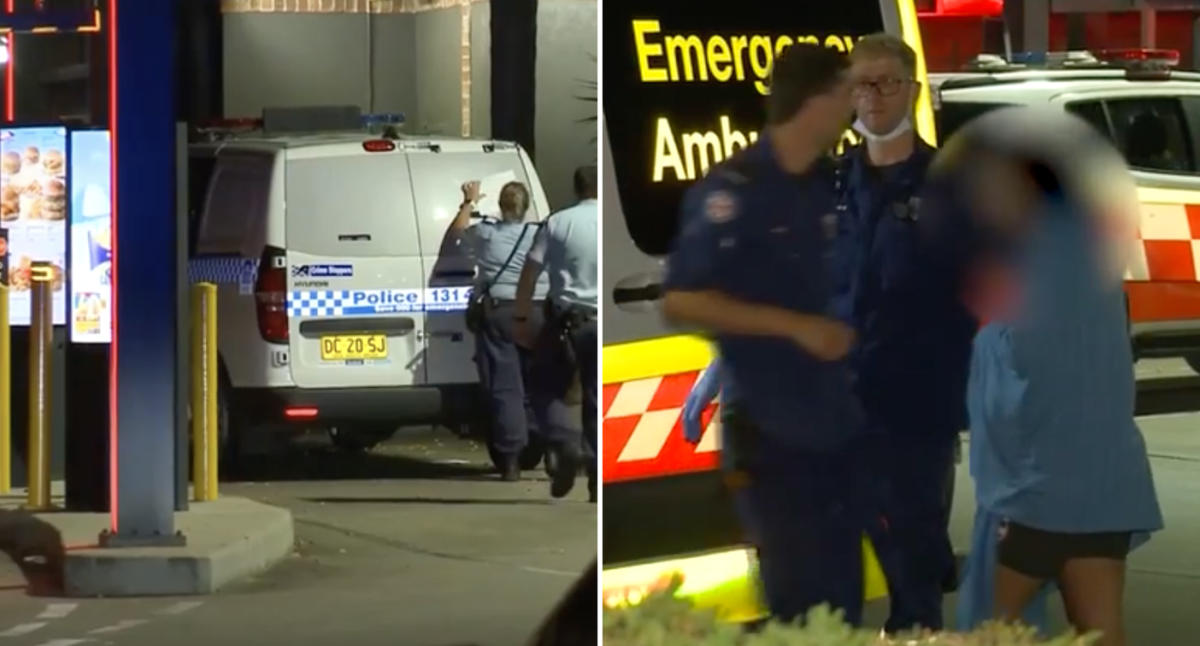 A woman has been taken to hospital after being attacked at a McDonald’s in Sydney overnight.

Police were called to the fast-food restaurant on the Great Western Highway at Minchinbury at around 12.30am on Sunday after concerned staff and customers reported the woman had been stabbed.

When officers arrived, they found the 36-year-old with injuries to her hands, NSW Police said in a statement.

The woman reportedly suffered a minor head injury, 7News reports. Paramedics reportedly said her defensive wounds were from trying to fight off the attacker, who fled the scene before emergency services arrived, the publication reports.

The 36-year-old was taken to hospital in stable condition. Video footage of the scene captured by 7News shows a woman being tended to by paramedics before entering an ambulance.

Numerous police cars can also been seen surrounding the McDonald’s restaurant, including the drive-thru.

“A crime scene has been established and investigations are continuing into the circumstances surrounding the incident,” NSW Police said. “As inquiries continue, anyone with dashcam vision or information that may assist investigators is urged to come forward.”