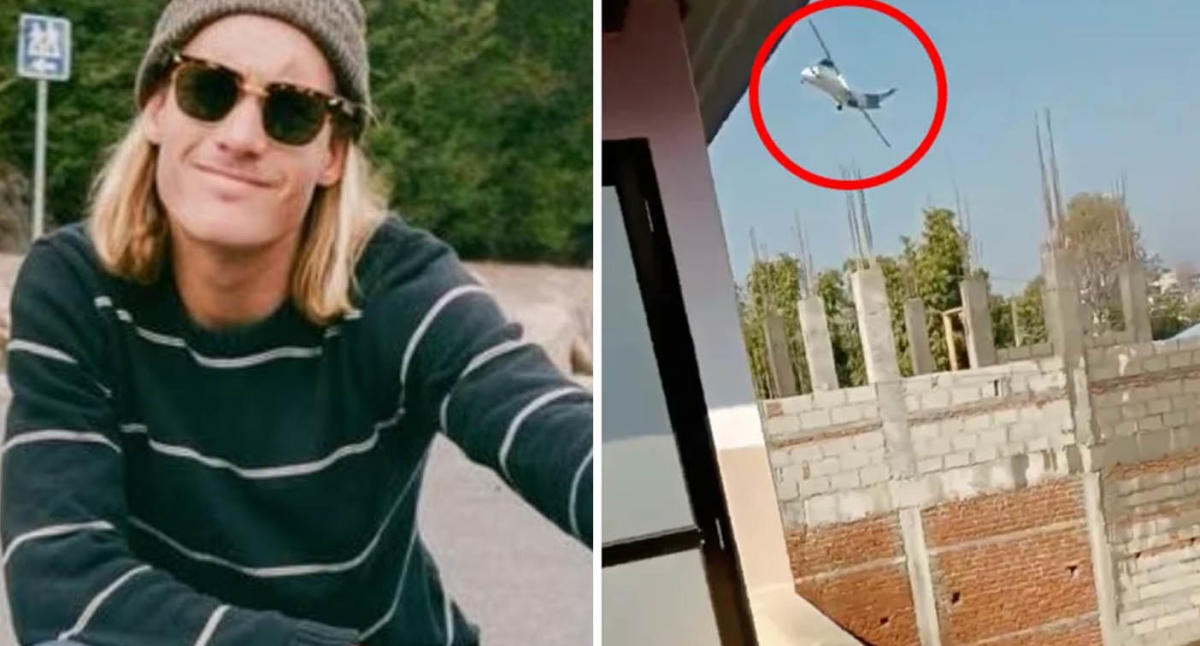 A Sydney man has been identified as the Australian on board the plane that crashed in Nepal on Sunday, killing at least 69 people.

Myron William Love, 29, was one of the 74 people flying on the 27-minute Yeti Airlines flight from Kathmandu to Pokhara Airport, which is being called Nepal’s deadliest crash since 1992.

According to a statement, the Department of Foreign Affairs and Trade (DFAT) is still scrambling to “confirm the welfare” of Mr Love, with a family member also telling Daily Mail Australia that they’re “not saying anything until the consulate has confirmed the body”.

The Bronte man is described as a casual teacher, with his favourite hobbies being surfing, cycling, photography and travelling, 7 News reports.

According to Daily Mail Australia his most recent social media show him spending New Year’s in Thailand with friends, and cycling through the countryside.

Despite nothing being confirmed yet, people have already started sharing tributes online, including a friend and artist, who described Mr Love as “the best human”.

“It is with extreme sadness to say we have lost one of the best humans I have ever known,” James Lesjak-Atton said on Instagram in a now deleted post, ABC reports.

“Myron was one of the loves of my life, a truly kind, fun, energetic man. We will forever love you my man.”

A member of a Heffron Park cycling group, which Mr Love belongs to, said their event on Tuesday will be cancelled in honour of him.

“It is with great sadness we have decided to cancel (tonight’s) event racing following the tragic loss of much loved member of Heffron Park and Sydney cycling community Myron Love, in the Nepal plane crash,” John Sunde said on the Facebook group. “Our thoughts and prayers to his mother Susanne, brother Jackson and partner Annabelle.”

“There are no words. RIP Muz,” one person commented.

“He will be sorely missed,” another said.

Since the tragedy, vision has emerged of the moments before the plane crashed, showing the aircraft turning to its side in the air and disappearing from view. The plane is reported to have been snapped in half, with one part falling into the gorge of the Seti river and the other on the hillside.

Since the tragedy, shocking footage has emerged from an Indian passenger who is believed to have started a Facebook Live, moments before the plane crashed.

The video, circulating online, shows the man, identified by Indian media as Sonu Jaiswal, smiling and showing his view from the window, when suddenly there’s turbulence, screams and fire, then the screen goes blank. The family has since confirmed Mr Jaiswal’s death.

Hundreds went to inspect the aftermath and look for survivors, including the Nepal Army, Nepal Police, and the Himalayan Rescue Association and firefighting services, according to the Civil Aviation Authority of Nepal.

As of Monday night, 69 bodies have been found and 41 identified, according to the Civil Aviation Authority of Nepal.

After the crash, Prime Minister Dahal called an emergency cabinet meeting to discuss, and has since made Monday Nepal’s national day of mourning. A government report detailing the circumstances of the crash is expected within 45 days.

An aviation expert has however told The Today Show the flight conditions in Nepal — which is home to eight of the world’s 14 highest mountains, including Everest — can cause plane’s to stall.

“That terrain is very difficult to fly with very strong winds and high altitude,” Ron Bartsch told the the show.

“The runways are some of the most challenging in the world. With an aircraft that low it’s very unlikely coming into landing that there’s going to be a mechanical failure. I’d suggest the aircraft has entered an aerodynamic stall.”