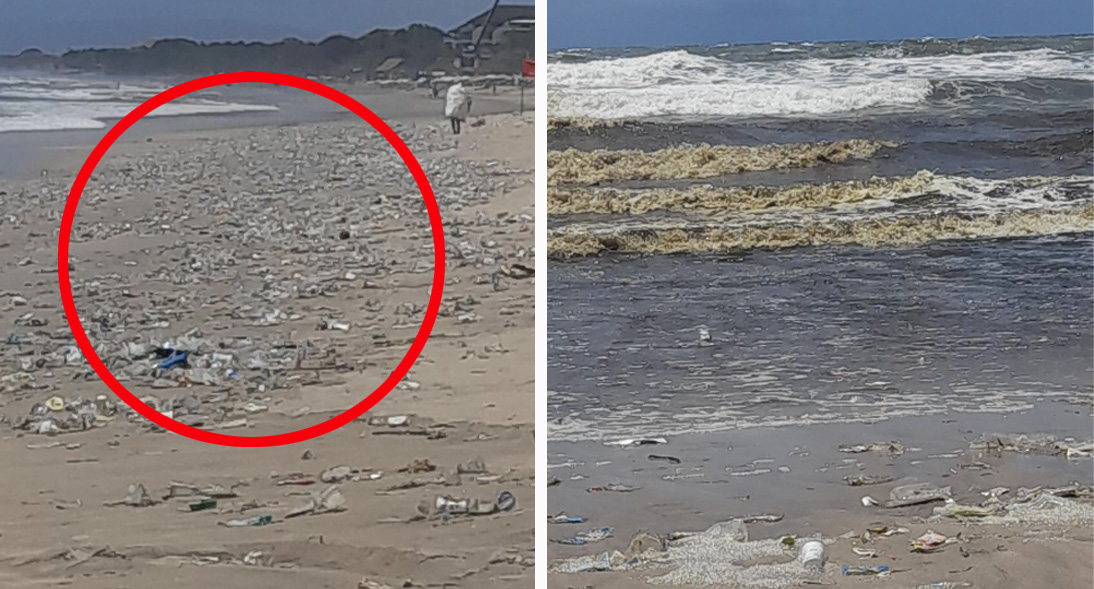 An Australian holidaymaker was left with a sour stench up her nose after a visit to a popular Balinese beach.

The tourist’s photos of a littered shoreline in Bali have gone viral since they were uploaded to Facebook.

She went on to explain that it was her third time visiting the Indonesian island, and seeing it covered with plastic waste.

“It [the rubbish] happens every time,” Ms Hull told news.com.au. “In December, it was full of plastic cups and straws and bags, all Indonesian brands. It was like swimming in the tip.”

Where does the rubbish come from?

On Friday, an expat living in Bali took to social media to share his outrage over the dirty situation in Seminyak.

“Just walked on [the] beach half a kilometre south of KDT [beach club],” James wrote. “Probably 200 kilos of plastic along the shoreline. How can Bali possibly compete as a tourist destination with the pristine beaches of Thailand, and other SE Asian countries when its beaches are little more than plastic rubbish dumps.”

Many on Facebook suggested what could be behind this “disgusting detritus.”

“Seasonal changes in ocean currents and heavy rains during monsoon season bring plastic out of villages on land where there is no rubbish collection, and bring plastic from other parts of the world to Bali beaches,” one person said.

“It’s ocean rubbish and it travels with the wind and the currents,” another said. “The rubbish is now travelling from west to east with the trade winds.”

While others blamed a lack of action among Balinese people.

“I daily see bags of rubbish thrown into the rivers and out car windows,” someone commented. “It’s so ingrained they see nothing wrong with it.”

“It is 100 percent a locally originated problem,” another said. “There is not even a rubbish bin at the beach, so how can you expect anyone to do the right thing?”