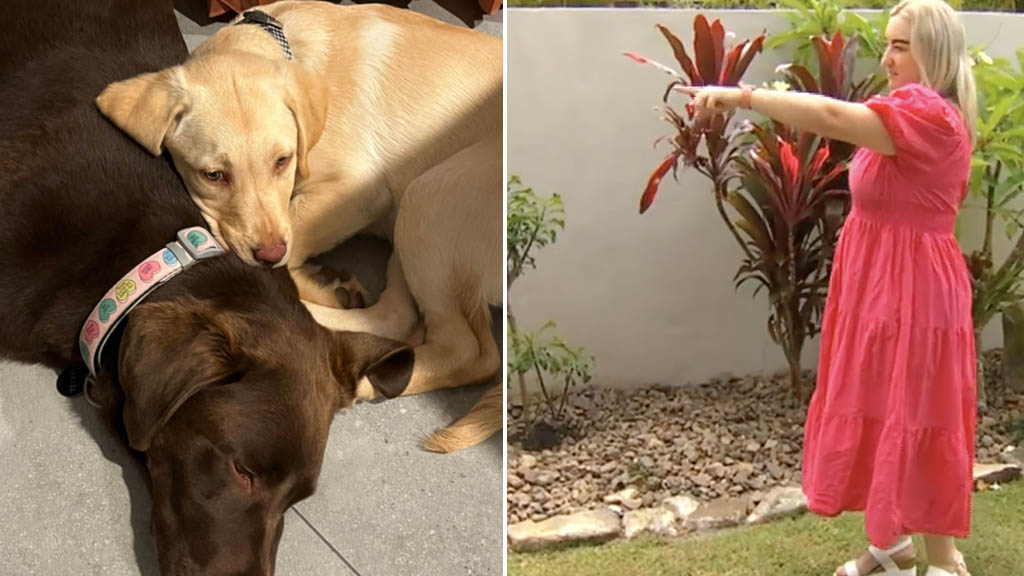 A Queensland woman is warning other dog owners after her new puppy was killed after ingesting a toxic plant in her garden.

Katrina Dawson only brought little Margot home on December 1 to be a ‘best friend’ to her three-year-old dog Hazel. But just one month later, the labrador puppy was being rushed to the vet after ingesting a toxic sago palm seed.

Margot appeared lethargic, and Ms Dawson began to worry when she started vomiting.

“All she wanted to do was sleep which, for a puppy, that’s a big red flag,” she told 7News.

The mum called the vet after figuring out what Margot had eaten, and they advised her to take the pup in immediately.

Margot spent several days in emergency before she was able to come home – but she took a turn for the worse and couldn’t overcome the damage to her liver.

‘I thought I was pretty educated’

“I had no idea about this,” Ms Dawson tearfully told 7News. “I knew about toxic plants and all that, I knew about ‘don’t feed your dog grapes or chocolate’ or about ticks, I knew snakes, I knew all that stuff.

“I thought I was pretty educated. But I didn’t realise how bad this particular plant is and we have four of them in our fenced-in yard. That’s what got me.”

Ms Dawson’s family had only purchased the home in June, and the garden was already well-established. She said she has since ripped four sago palms out of the backyard as she doesn’t want to risk Hazel’s life.

“I don’t want to go through this with her,” she said.

“I want other people to be aware, when you’re buying these plants, you need to know what’s in your garden.”

Eating even small quantities of the plant can be deadly

There is no specific antidote for sago palm poisoning, however seeking timely assistance from a vet could save your pet’s life, according to the Australian Poisons Helpline.

“If you are a dog owner and have a Sago Palm or any other cycads growing in your garden, consider removing the plant or at least restricting access to it,” their website warns.

“Ingestion of any part of the plant can result in poisoning. The seeds are particularly toxic, and ingestion of even small quantities can result in severe poisoning or death. Signs of poisoning include abdominal pain, vomiting, diarrhoea, drowsiness, weakness, coma, seizures, and liver failure.”

Anyone with concerns about something their pet has eaten can call the Animal Poisons Centre free of charge on 1300 869 738.