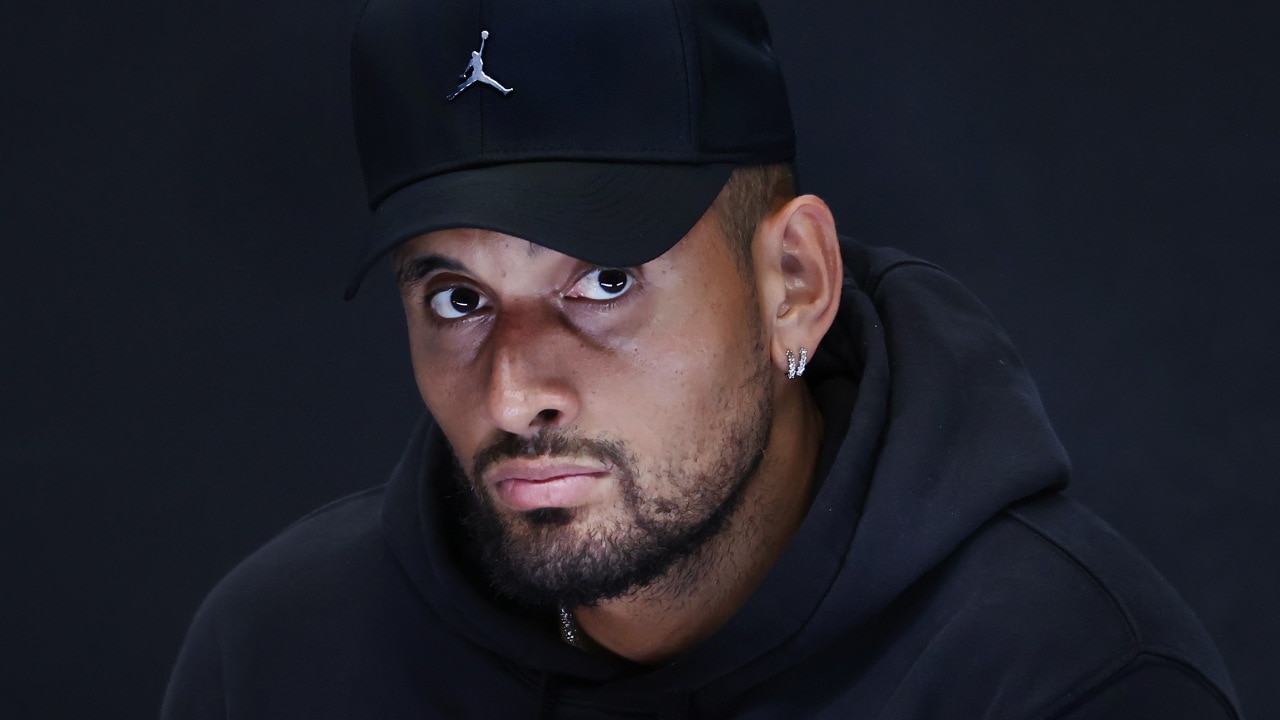 Nick Kyrgios has withdrawn from this year’s Australian Open after sustaining a knee injury.

The world number 21 announced the news on Monday as the first Grand Slam of the year got underway at Melbourne Park.

The Australian said he was “extremely disappointed” not to be taking part in the tournament after winning the doubles crown last year and making the second round in singles.

Kyrgios was flanked by his physio Will Maher as he said he had a “mixture of emotions” not being able to improve on his quarter-final result at last year’s US Open.

“It always goes back to the last Grand Slam I played, it was the US Open and I was extremely hard on myself after that loss in the quarter finals,” he said.

“I always wanted to just do everything right and train right, tick every box and just be ready for the Aus Open and obviously this coming around is just bad timing but that’s life, injuries are part of the sport.

“I’m not doubting that I’ll be back to my full strength and playing the tennis I was playing prior to this event.

“I’m devastated obviously, it’s my home tournament, I’ve had some great memories here, last year winning the title in doubles and playing some of the best tennis of my life probably.”

Kyrgios last Friday took part in an exhibition match on Rod Laver Arena against Novak Djokovic but Maher said his Australian Open preparation had been “difficult”.

“It has been a pretty interrupted and difficult lead into the Australian Open unfortunately. During the last week or so Nick’s experienced some discomfort in his knee,” Maher said.

A routine MRI was performed, which showed Kyrgios had a parameniscal cyst that was a result of a small tear in his lateral meniscus, Maher said.

“It’s not a significant injury in the sense that’s it’s going to be career threatening or anything like that,” he added.

“Even at that stage it was still worth persevering to see if we could do anything to get him back on court and to Nick’s credit he did try everything.

“We’ve made the sensible decision to withdraw him because at this stage he wants to feel mentally comfortable that he can go over seven matches, he can go the distance.

“He needs to be able to do potentially seven three hour matches. Getting on the court simply wasn’t enough for him. So the situation now is we want to prevent him from having further injury or making that injury worse.”

Kyrgios will spend February recovering from treatment before aiming to back competing at Indian Wells in early March.