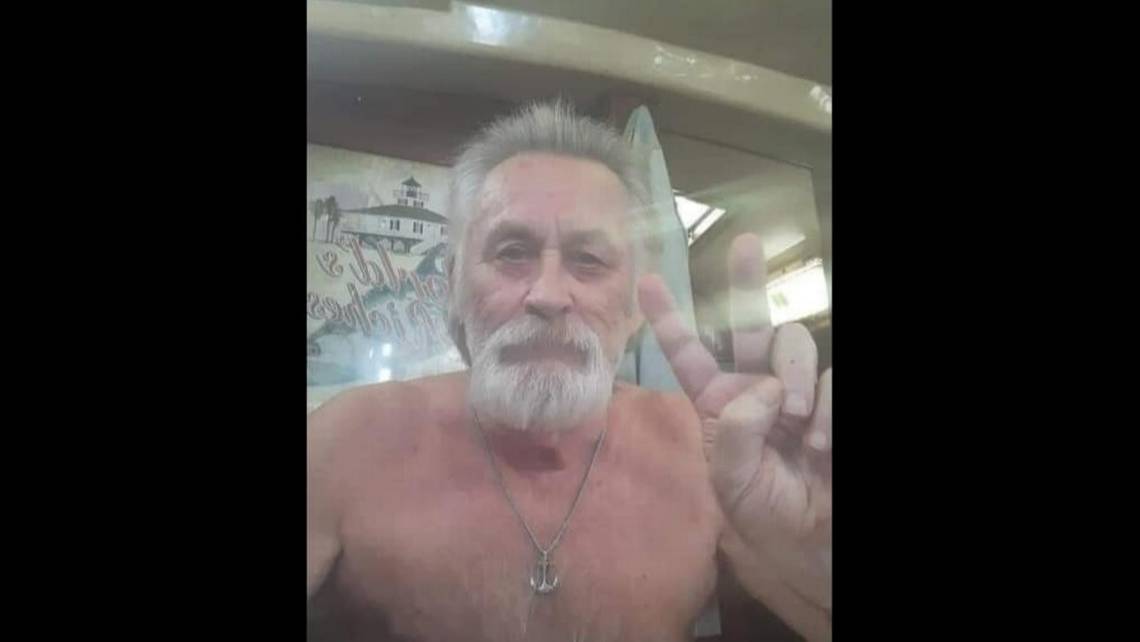 A body found inside a sunken boat in Lee County waters belongs to a 72-year-old man missing since Hurricane Ian wreaked havoc across Florida in late September, authorities said Sunday.

The remains discovered Friday have been positively identified as James ‘Denny’ Hurst, who was last seen alive on board the “Good Girl” sailboat in the of area Fort Myers Beach, the Category 3 hurricane’s ground zero, Lee County Sheriff Carmine Marceno said in a Facebook post. The boater was the last resident missing in Lee since Ian’s landfall on Sept. 27 — bringing the county’s death toll to 75.

As of December, there were 144 deaths attributed to Hurricane Ian confirmed by the Florida Medical Examiners Commission.

“Our thoughts and prayers are with his family,” Marceno said.

READ MORE: SW Florida residents in Ian’s path had about a day’s warning to evacuate. Was it enough?

Immediately after the announcement, people poured in heartfelt messages on social media.

“So sad, condolences to family and friends,” Fort Myers resident Joshua Rubinek said on Facebook. “Just no words can console this terrible tragedy. At least closure. May Gods light bless all affected.”

Likewise, Punta Gorda resident Jackie Krohn said: “My sympathy to his daughter and family. May they find comfort he has been found. Rest in Peace Denny.”

“I’m sad but thankful that the family has answers at last & can find some degree of closure,” said Chris Hetherington of Ohio. “I didn’t know these folks but clearly he loved sailing & the FMB (Fort Myers Beach) life to the end. Prayers for his daughter & family.”

According to NBC 2, the sheriff’s office received a call Thursday from a worker at the Salty Sam’s Marina after they spotted wreckage from a boat that they hadn’t noticed before, NBC 2 reported. Divers went underwater Thursday evening and the boat was removed from the water the following day.

Authorities didn’t immediately release a cause of death.

Hurst’s body weren’t the only remains found this month.

On Jan. 10, a debris removal company discovered the body of Ilonka Knes, 82, among mangroves in a Fort Myers Beach canal. During a press conference on Thursday, Marceno told reporters that her remains were located less than two miles from her home — and that she had been missing for around 100 days.

According to Marceno, her cause of death was accidental drowning from Hurricane Ian and the medical examiner used dental records to confirm a positive identification.