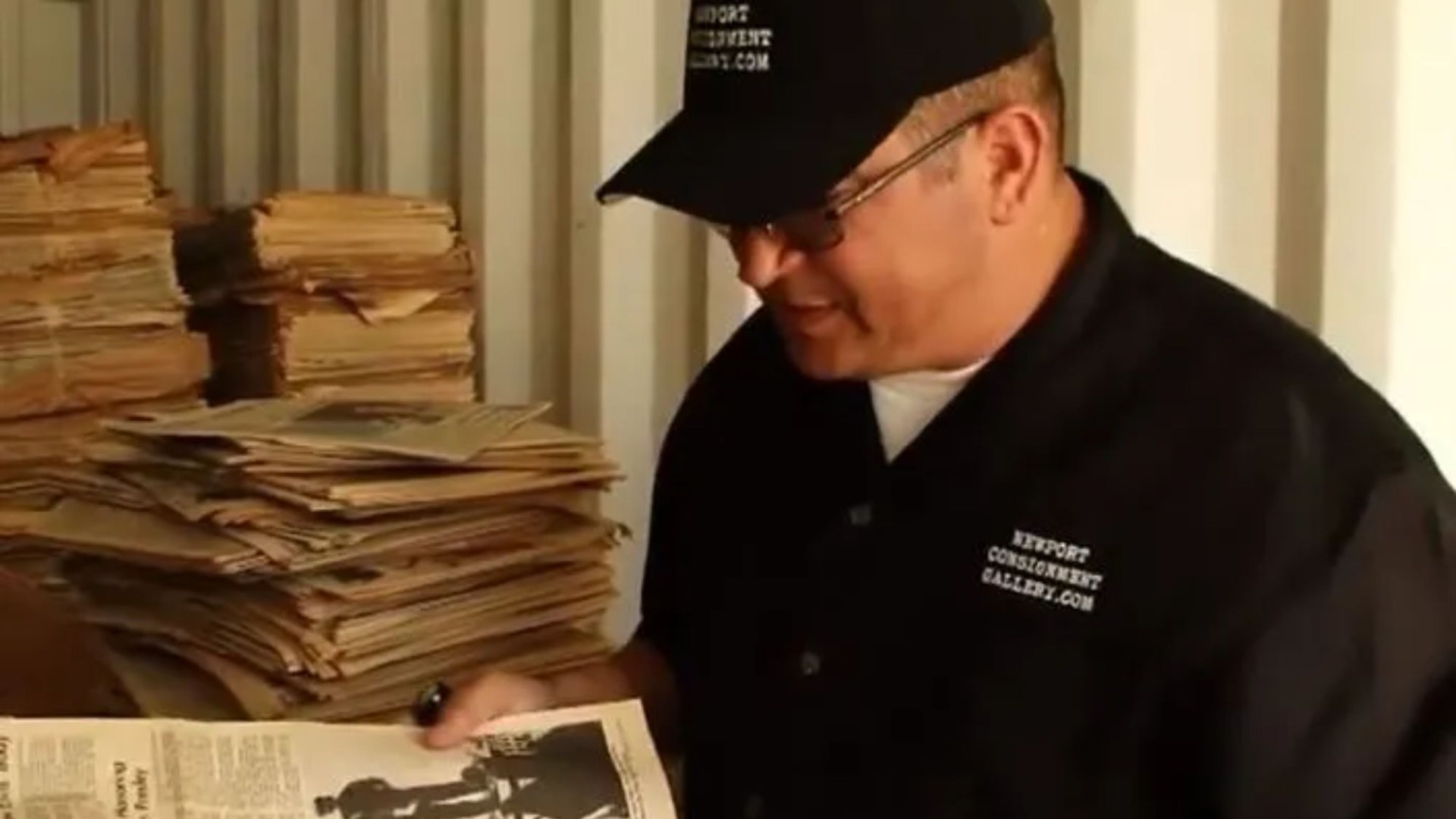 A STORAGE unit full of old newspapers turned out to be a goldmine because of their historic date.

The unit was bought by Dave Hester on Storage Wars for just £600 but their ultimate value was £75,000.

When Hester opened up the unit and started look at the newspapers he realised they were all from the day Elvis Presley died.

He said that “obviously someone bought a bunch of newspapers” commemorating the death of the King of Rock n’ Roll on August 16, 1977.

In fact when Dave began selling the papers for around £12 each on eBay he was able to make around £75,000.

Elvis Presley died at 42 years old following years of drug abuse and his cause of death has been widely debated.

Doctors said he died of a heart attack, likely brought on by his addiction to prescription barbiturates.

The showstopping entertainer was suffering at the time from liver damage, high blood pressure, an enlarged colon and emphysema.

Medical examiners found that he had traces of 14 drugs in his system at the time of his death, 10 of which were present in significant quantities

It comes as we reported how abandoned storage unit turned out to be a treasure trove when the man who bought it found £250,000 worth of art inside.

Darrel Sheets paid £3,000 for the unit when he won a bid also while taking part in Storage Wars.

Sheets – known as The Gambler – made the bid solely because he liked the appearance of some of the artwork inside the unit.

But in a bizarre twist, it turned out to the work of artist Frank Gutierrez.

In total, the art was worth a whopping £250,000 and it became the biggest find in the TV show’s history.

After some further investigation, Sheets said had found out that the locker actually belonged to Gutierrez himself.

Meanwhile, another Storage Wars treasure hunter revealed how he found almost £6million hidden inside a storage unit he bought at an auction.

But an incredible twist saw him losing millions.