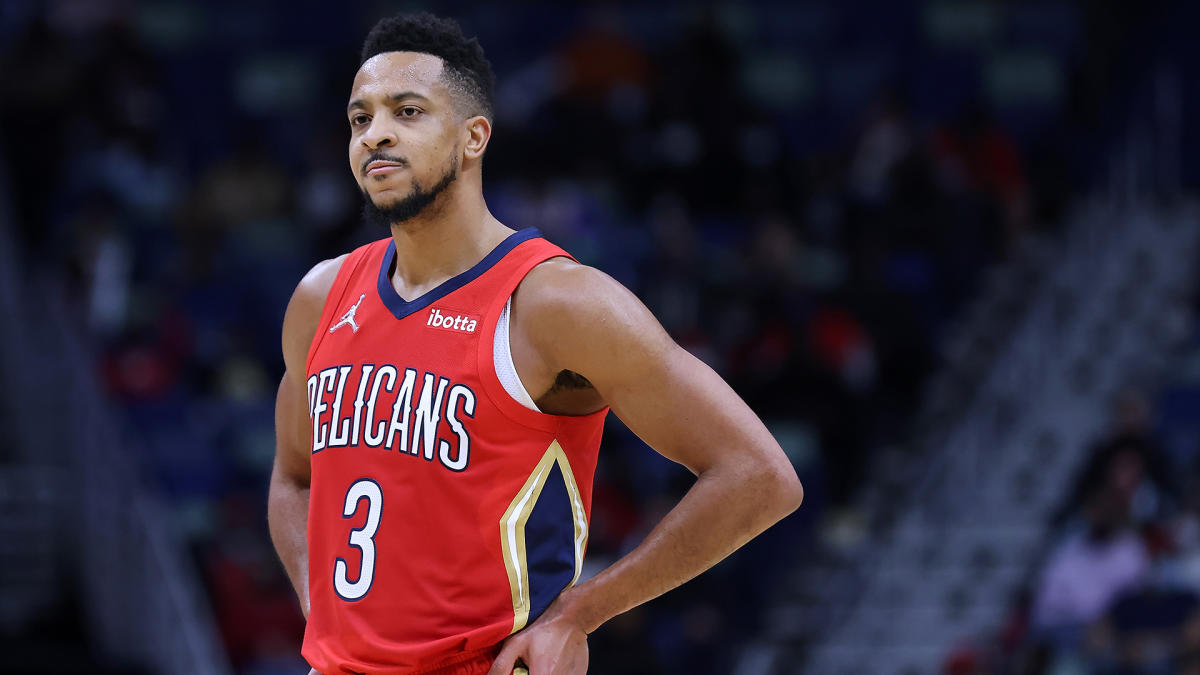 On a recent episode of The CJ McCollum Show, the star New Orleans Pelicans guard said he’s heard rumblings of certain Toronto Raptors players being unhappy with their situation.

While talking with Izzy Gutierrez, McCollum, the president of the National Basketball Players Association, was asked what he thinks about the quandary Toronto is in. The Raptors are only a half game back of the Bulls for the 10th and final play-in spot in the East, but a mere 3.5 games up on the Magic for the 13th seed with the Feb. 9 trade deadline looming.

“There’s rumblings about certain players on the team not being happy and due to tampering, I can’t speak to that,” McCollum said on his show. “But I think they’re gonna move someone at some point.”

“Something needs to change because they’re way too talented to be struggling the way they’ve been struggling throughout the season,” McCollum continued. “They’ve got too many good pieces, too many guys who are not only impactful and quality NBA players on that team, but that would be impactful and quality players on other teams, and probably have larger roles depending on who they decided to move.”

The prime trade candidate for the Raptors is Trent Jr., according to NBA insider Marc Stein. The 23-year-old can opt out of his contract this summer, making him a free agent. The sixth-year guard will reportedly command north of $20 million annually, a figure that is potentially daunting for Toronto.

Trent Jr. was drafted by the Blazers in 2018 and played with McCollum for three seasons before being dealt to the Raptors at the 2021 trade deadline in exchange for Norman Powell.

His stoic demeanour surely doesn’t hint at any exasperation, but in terms of players being on the move in Toronto, Anunoby’s name is certainly in that conversation. According to ESPN’s Zach Lowe, “the entire league wants OG Anunoby. Everybody wants OG Anunoby.” However, a deal for the 25-year-old would require a king’s ransom.

The asking price for Anunoby has reportedly been described as “insane,” “astronomical,” and “far-fetched.”

Fred VanVleet has had to adjust to a lesser role

VanVleet, who is enduring a down season both statistically and by his own standards, is another Raptors player that is a natural candidate to be moved given that he can opt out of his contract and become a free agent in the offseason. On an appearance on JJ Redick’s podcast, The Old Man & the Three, the 28-year-old opened up about adapting to a lesser role and not having the ball in his hands as much. This was one of his reasonings as to why his numbers are down compared to his All-Star year last season.

“I think from a stylistic point, the way we were playing last year was just kind of free and easy and I think I was much more a focal point with just on-ball duties and having the ball the whole game and being able to kind of dictate where I want to go, and this year that’s changed a little bit,” VanVleet said.

“So I’m kind of just catching a rhythm. Some nights the ball finds you some and some nights it doesn’t, and the nights where it doesn’t, those are the nights that I’m struggling this year — where the out of rhythm games where I may get a couple catch and shoots, couple contested ones, couple ones off the dribble, not getting to the foul line and then I get three wide-open ones at the end of the night when we need them and if I make them we win, if I miss them we lose, I’ve had probably like four or five of those games.”

The Rockford native is averaging 17.7 points, 6.3 assists and 4.3 rebounds on a lacklustre 37.3 percent from the field and 32.5 percent from beyond the arc. VanVleet has most recently been linked to the Lakers, although a deal appears specious due to Los Angeles’ lack of assets.