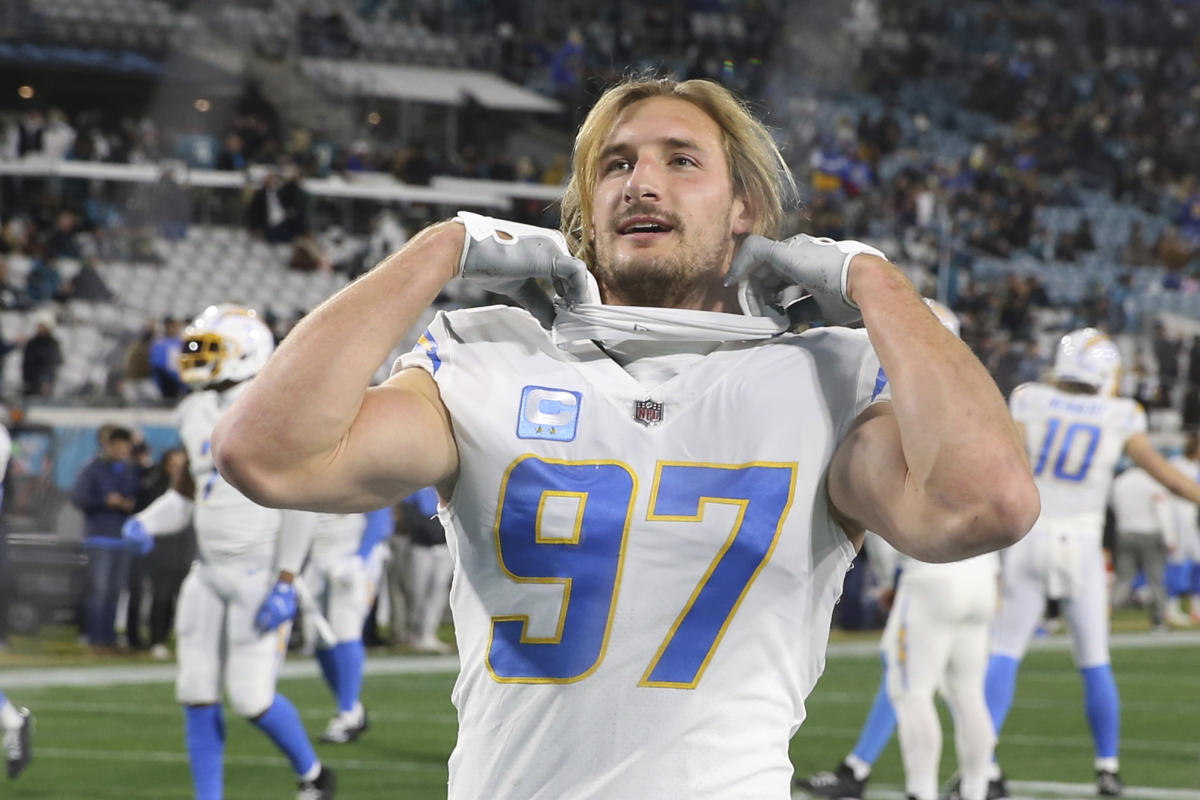 During a playoff game against the Jacksonville Jaguars, Bosa something to one official that prompted that official to chase after him and throw a flag. Late in the game Bosa slammed his helmet twice after officials missed a possible false start and a holding on the same play, which ended with a Jaguars touchdown. Bosa picked up another penalty for that, and the Jaguars got a two-point conversion after the ball moved half the distance to the goal line. That was a huge difference in the Jaguars’ stunning 31-30 comeback win.

The Chargers’ season is done and Bosa apparently doesn’t care about picking up a massive fine, because he let loose on the officials Monday.

Speaking to reporters, Bosa criticized officials and their accountability according to Lindsey Thiry of ESPN. This is the kind of statement you won’t see many players say out loud, no matter if they’re thinking it.

“I do really, really want to say some things,” Bosa said, via Thiry. “I need to be more accountable for my actions, obviously, but it’s a heated game and I’m hurting out there, I’m playing on half a leg, I’m getting dragged to the ground, whatever, could hurt me along with screwing our team, and yeah, maybe some of ’em weren’t as blatant as I thought, but I don’t know. I think there just needs to be more accountability.

“I mean, if I say something to them I get a $40,000 fine but if they blow a call that ruins an entire team’s season they get to — they’ll probably be back in the locker room after the game like, ‘Haha, got that a**hole, oh yeah, got him 15 yards, what a loser.’

“I guarantee it, that’s what they’re f***ing talking like in the back. Whatever power trip. I’m sick of those f***ing people.”

Here’s the video of that quote from Sports Central LA:

Bosa is probably going to get fined for his actions on the field Saturday night. There’s little doubt those fines will look small compared to what the NFL hands down for those comments.

Bosa did say he needs “to be more accountable for my actions,” and said that the Chargers lost because “we f***ing blew it in the second half.” So he wasn’t blaming everything on the officials. But he’s clearly fed up with them.

Officiating was under scrutiny all wild-card weekend, and before that too. It’s an issue the NFL will have to address in the offseason. First though, they’ll probably be sending Bosa a letter with a hefty fine attached.