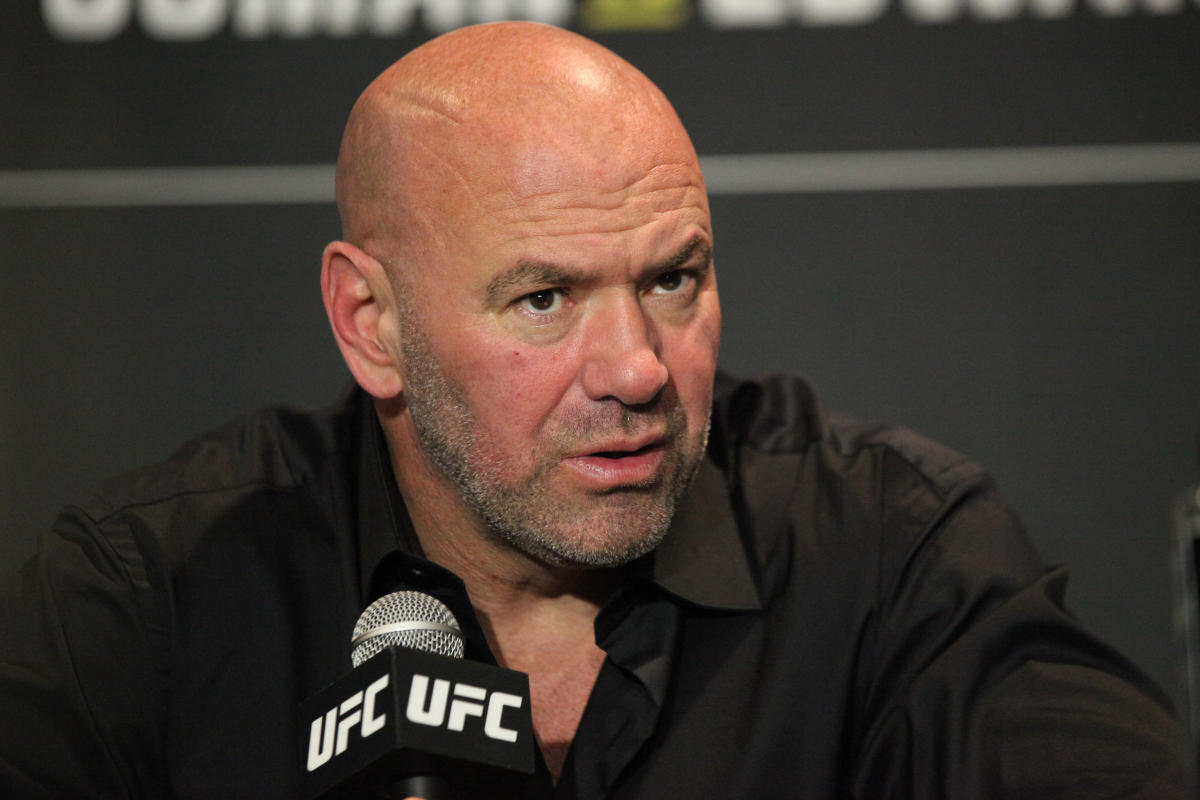 It would have been inconceivable at lunchtime on Sept. 8 to think there was even the tiniest bit of concern about the UFC’s position in the sports landscape. It was a juggernaut and it was only growing. It was — and still is — in the midst of a lengthy sell-out streak for full arena shows. It was setting gate records regularly.

It was attracting new sponsors who pumped millions into the company’s coffers. Its primary source of talent acquisition, “Dana White’s Contender Series,” had been such a hit ESPN plans to move it in a prime position on free-to-air TV for the 2023 season.

Well, lunchtime on Sept. 8 seems a long time ago.

The news conference for UFC 279 was held mid-afternoon on Sept. 8 at the MGM Grand Garden Arena in Las Vegas and turned out to be a disaster. Fights began backstage between a number of the fighters on the show and UFC president Dana White was forced to cancel it.

He was blunt when he said the UFC screwed up by not anticipating trouble and subsequently not having enough security. The next day, Khamzat Chimaev, who was one of the instigators of the brawl, badly missed weight, forcing the card to be rearranged.

Chimaev wound up fighting Kevin Holland in the co-main event instead of Nate Diaz in the main. Diaz faced Tony Ferguson in the main instead.

That event, however, seemed to be the beginning of a series of issues over the next four months that has, indeed, raised concerns about the UFC’s standing in the sports world.

Diaz, one of its biggest draws, completed his contract after defeating Ferguson and became a free agent.

The next four months have been, frankly, horrendous for the UFC and its parent company, Endeavor. A gambling investigation is underway. Two Canadian provinces briefly stopped allowing bets to be taken on UFC fights. The Nevada Athletic Commission (NAC) suspended James Krause, a prominent coach/gym owner, because of his role in the case. The UFC banned its fighters from training in his gym.

Darrick Minner, who was coached by Krause, lost in the first round of a Nov. 5 fight in Las Vegas to Shayilan Nuerdanbieke in just over a minute. Minner had a knee injury before the fight that neither he nor Krause disclosed. Someone knew about it, though, because the betting lines shifted dramatically and there were a significant number of bets on Nuerdanbieke to win in the first round.

The UFC cut Minner and the NAC suspended him. The NAC also suspended another Krause-trained fighter, Jeff Molina. The reason for that has not been made public yet, but will on Tuesday when the commission meets to consider whether to extend Molina’s suspension.

The biggest bad news for the UFC and Endeavor came when video of White slapping his wife, Anne, on New Year’s Eve at a nightclub in Cabo San Lucas, Mexico, surfaced on TMZ. White apologized for slapping his wife in a video released by TMZ on Jan. 2, and said at a news conference last week he was wrong for hitting his wife and asked people not to defend him.

Significantly, though, White has faced no punishment from the UFC or Endeavor. He said following UFC Vegas 67 on Saturday at Apex in Las Vegas that though there have been no repercussions in his professional life, “the only thing that matters is my personal life.”

But if that was not enough bad news for the UFC to begin the new year, the UFC on Saturday released heavyweight champion Francis Ngannou after being unable to come to terms with him on a new contract. The UFC waived all of its rights, making Ngannou an unrestricted free agent immediately, free to sign where he chooses.

Even before all of the recent controversies, you didn’t hear White talking about exceptional pay-per-view sales when he was discussing all of the great things the UFC was accomplishing in terms of ticket and sponsorship sales and gate revenue.

The UFC pay-per-views are regularly doing far better than boxing’s pay-per-views, but PPV sales are down everywhere, a sign of the economy. With its biggest seller, Conor McGregor, not having fought since July 10, 2021, and not having won since Jan. 18, 2020, that only makes it harder for the UFC to get the big PPV numbers.

It will probably be like shark-infested waters as the UFC enters talks for its new broadcast deal with ESPN and any other suitors who may come along but are concerned about the many controversies.

White’s domestic violence case and the gambling controversy are the biggest issues for the company. Fighters come and go and neither Diaz nor Ngannou are in the middle of their primes. They’re on the back nine of their careers and while Ngannou probably still has more time as a viable high-level competitor than Diaz does, the UFC isn’t likely to feel their losses.

And there remains a viable chance that after sifting through his many offers, Diaz may yet return to the UFC.

But the gambling problems and White’s domestic violence case are tougher problems to get past. Who knows which companies will no longer want to be involved with the UFC as a result of White slapping his wife? It could be potential sponsors or it could be a potential (or current) broadcast partner, but that may yet play out.

These are the company’s biggest threats to its success since its meteoric rise to mainstream sports status after the creation of “The Ultimate Fighter” in 2005.

The UFC has traversed rough waters before and come through, but rarely has it faced issues as sticky as it does now. It may take the company’s best work to come out the other side of this close to where it was before. As White himself has admitted, his reputation is in tatters, and that’s not going to change anytime soon. But for UFC and Endeavor itself, it’s going to take some brilliant work to bring it back to where it was at lunchtime on Sept. 8.