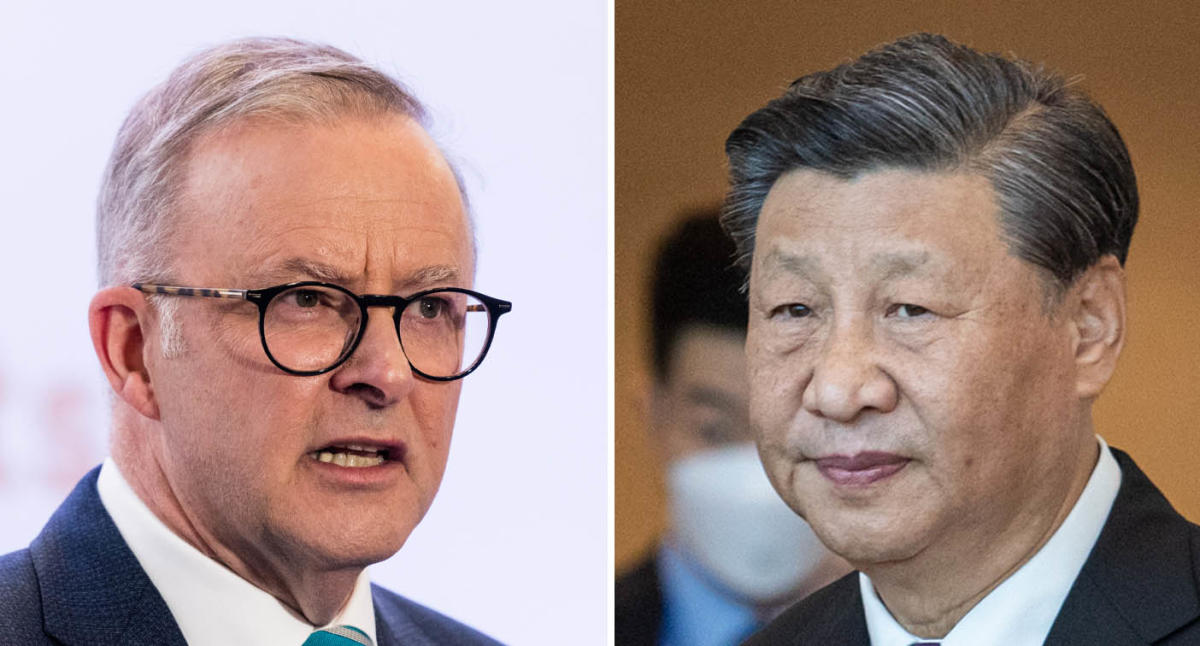 Chinese state media has suggested Beijing is willing to meet Australia half way to settle their differences in the wake of Canberra’s latest “positive” move.

On Saturday Prime Minister Anthony Albanese said it was his intention to fully restore trade ties with China – a message that has been well received in Beijing.

“It is hoped that the Albanese government move on from political differences and meet China half way so as to jointly steer bilateral relations back on the right course for sustainable development,” nationalistic Chinese tabloid the Global Times said on Sunday.

The indication China is willing to act in some way to appease Australia over its grievances is in stark contrast to its unrelenting stance in recent years where the fallout between the two countries has been solely placed on Australia’s shoulders.

China’s foreign ministry repeatedly stressed to former prime minister Scott Morrison, he must be the one to act to repair the relationship, calling for concessions on several matters including Chinese investment in Australia. A similar message had been extended to his successor Anthony Albanese.

Yet, Beijing has been impressed with Canberra’s approach to Sino-Australian relations in recent months, in particular Foreign Minister Penny Wong.

“People are wondering if the year 2023 could be a crucial year for the bilateral relationship to return to a conciliatory tone,” the state media outlet said.

It comes as China appears to be walking away from its assertive and aggressive diplomacy that has been rife in recent years.

Professor David Goodman, Director at the University of Sydney’s China Studies Centre, told Yahoo he believed the move appeared to show China was moving away from its previously hostile diplomatic approach.