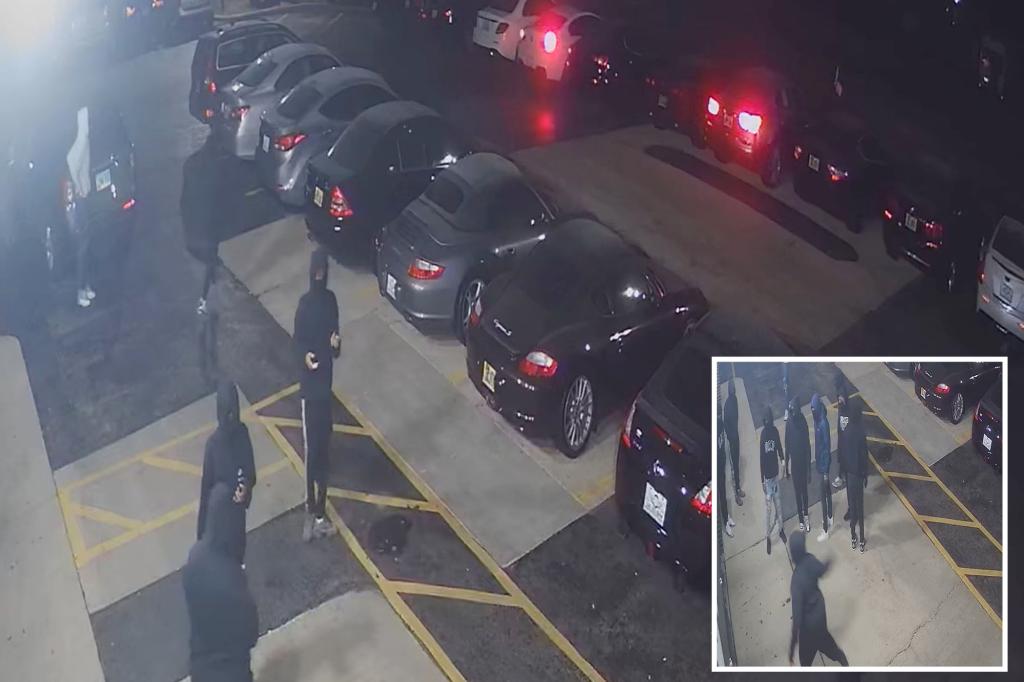 A gaggle of at least 10 masked bandits broke into an auto dealership in suburban Chicago and stole a half-dozen luxury vehicles, including a Maserati, authorities said.

In the recording, a large SUV pulls up to the used car dealership and multiple suspects exit.

As they assemble in front of the business, one of the intruders breaks a window and the crowd then files inside the building.

In doing so, the intruders set off a security alarm, which summoned deputies to the scene — but not before the crooks were able to get their hands on car keys and flee the scene with their high-priced loot before officers arrived.

Police in the city of Oak Park later recovered the 2014 Audi S7 that had been abandoned by the thieves and turned it over to criminologists to be processed.

The owner of the burglarized dealership, speaking to the station WGN-TV on condition of anonymity, said that the crooks used a brick to break into the business.

“It’s been something you cannot imagine,” the victim said. “You read about it and then, when it happens to you, know it’s more of a shock than anything else.”

The owner expressed hope that the perpetrators “get what they deserve.”

As of Monday, no arrests have been made and the sheriff’s office has not released suspect descriptions. Most of them were last seen in the video wearing hooded sweatshirts and masks.

Motor vehicle theft is up an astonishing 173 percent in Chicago in the past year, according to the latest CPD figures.