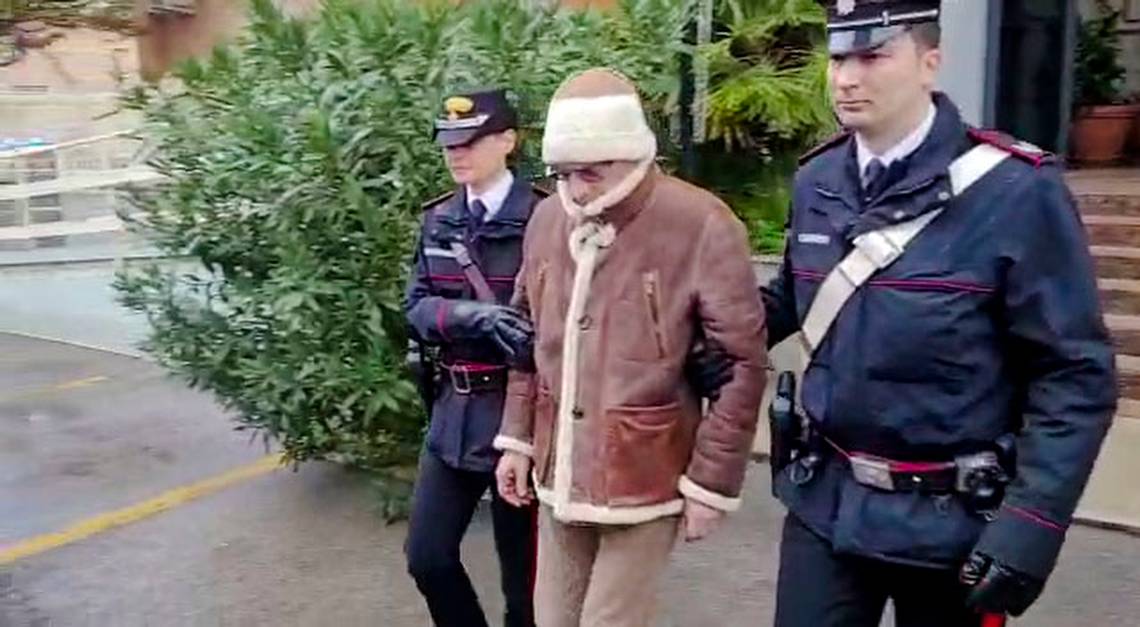 Notorious accused Mafia boss Matteo Messina Denaro was arrested at a medical clinic in Sicily on Monday, Jan. 16, while he was undergoing treatment under an alias, Italian police said.

Denaro, nicknamed The Skinny One, had long been considered one of Italy’s most wanted criminals. He spent the last three decades on the lam following accusations he committed a string of high-profile crimes, including massacres and kidnappings, according to police and Italian news reports.

Italian Prime Minister Giorgia Meloni tweeted that his capture marked a great victory for the government.

Denaro, the son of a mafia boss from western Sicily, began his criminal career in his youth, purportedly committing his first murder at age 18, according to the Corriere della Sera, an Italian newspaper.

Over the ensuing years, he consolidated his power in Sicily, allegedly dispatching several rivals during his ascent, according to the outlet. “With the people I killed you could make a cemetery,” he reportedly confided to a friend.

In 1993, he reportedly helped orchestrate the abduction of a 12-year-old boy to discourage his father from providing prosecutors with incriminating evidence against the Mafia, according to Reuters. The boy, who was held captive for two years, was eventually strangled and his body was destroyed using acid.

After going into hiding, Denaro was sentenced to life in prison after he was linked to a series of 1993 bomb attacks that killed 10 people, according to the outlet.

“You will hear about me,” he wrote to his girlfriend shortly after disappearing in 1993, according to La Stampa, an Italian newspaper. “They will paint me as a devil, but they are all falsehoods.”

While in hiding, Denaro, who considered himself a folk hero, is believed to have been whisked from apartment to apartment in the Sicilian countryside by a group of loyalists, according to The Guardian.

“He is like Bin Laden,” one investigator told the outlet. “He won’t use a cellphone or computer more than once.”

After decades of evasion, Denaro, now 60, was finally located by investigators following a three-month-long investigation into relatives’ intercepted conversations, according to La Stampa.

The probe led police to a private health clinic in Palermo where Denaro had been receiving treatment for cancer under a false name, according to Corriere della Sera. He is scheduled to be transferred to an undisclosed maximum-security prison.

Denaro’s capture represents a victory for all the law enforcement officials who have worked together for years to bring him to justice, police said in a statement.

His arrest also exemplifies the waning dominance of the Sicilian Mafia, which has been subject to increased scrutiny by government investigators in recent decades, according to the Associated Press.