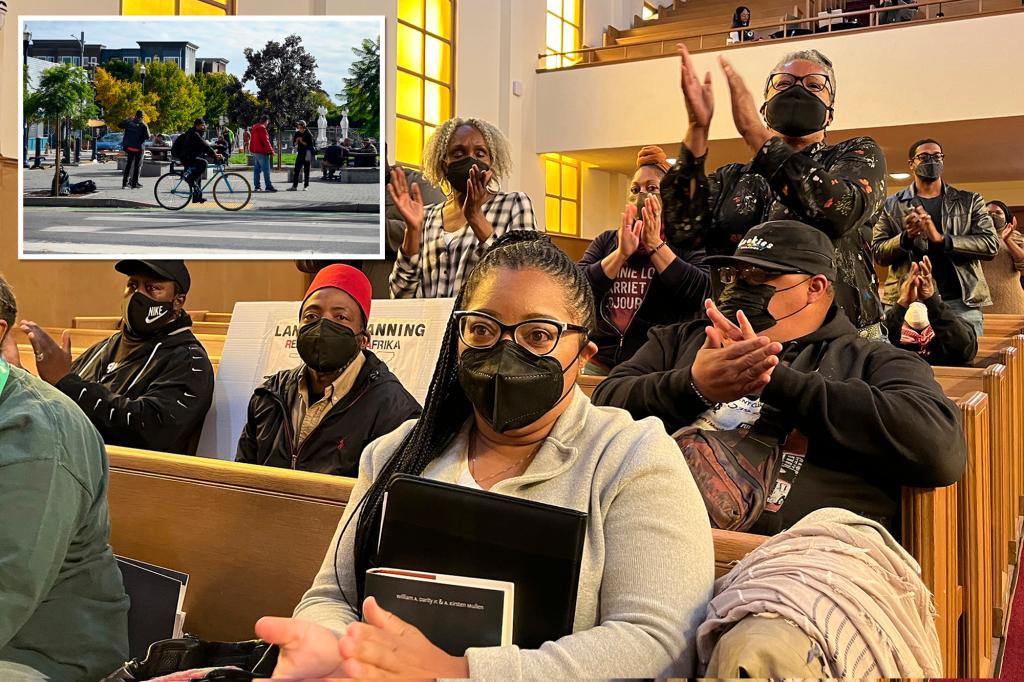 ​A San Francisco committee studying reparations has proposed a one-time payment of $5 million to each eligible African-American inhabitant of the city as recompense for the “decades of harm they have experienced,” according to a report on Monday.

“A lump sum payment would compensate the affected population … and will redress the economic and opportunity losses that​ ​Black San Franciscans have endured, collectively, as the result of both intentional decisions and​ ​unintended harms perpetuated by City policy​,” the San Francisco African American Reparations Advisory Committee said in a draft report issued last month, Fox News Digital reported. ​

The committee also proposed wiping out all debts associated with educational, personal, credit card and payday loans for black households.

The 15-member pan​el was established by San Francisco supervisors in May 2021. A separate task force created by California’s legislature is also studying reparations.

The city group’s report says: “Reparation​ ​must be adequate, effective, prompt, and should be proportional to the gravity of the violations and the harm suffered.​”​

It added that members of the black community demand reparations “not to remedy enslavement” but to “address the public policies explicitly created to subjugate Black people​ ​in San Francisco by upholding and expanding the intent and legacy of chattel slavery.”

The report notes that while neither California nor San Francisco “formally adopted the institution of chattel slavery,” other aspects of segregation like white supremacy and “systematic repression” found in the legal system, “social codes” and “extralegal actions” were designed to exclude blacks.

To be initially eligible, applicants must be 18 and show they have identified as black or African American on public documents for at least 10 years.

They must also prove that they meet two out of eight additional standards — including being born in or having migrated to San Francisco between 1940 and 1996, and having proof of residency for at least 13 years, being personally or a direct descendant or someone jailed in the “failed War on Drugs,”  or being a descendant of someone enslaved before 1865.

The committee will make its recommendations to the city in June, and Board of Supervisors President Aaron Peskin told the San Francisco Chronicle he hopes they will be approved.

“There are so many efforts that result in incredible reports that just end up gathering dust on a shelf,” Peskin said. “We cannot let this be one of them.”

The report does not include any estimates on the overall cost of the reparations.

But San Francisco is already reeling from a lower-than-expected property tax intake because of the coronavirus pandemic and Mayor London Breed’s office is predicting a budget shortfall of roughly $728 million over the next two years, The Real Deal reported.