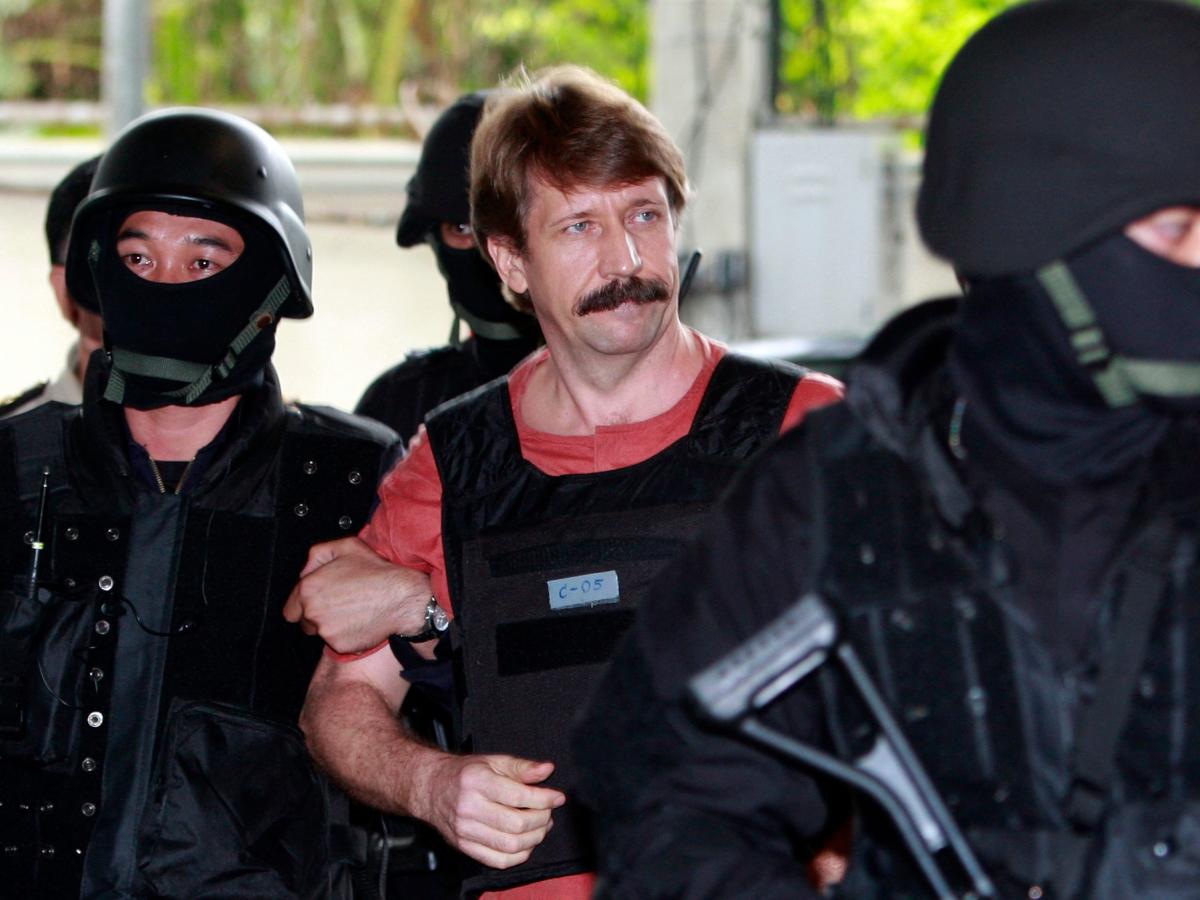 In early December 2022, the Biden administration and the Kremlin agreed to a prisoner swap to secure the release of WNBA star Brittney Griner, an American detained in Russia.

In order to secure Griner’s release, the US traded Viktor Bout, a convicted and notorious arms dealer imprisoned in the States, according to CNN.

Paul Whelan, another American detained in Russia, was not included in the swap, CNN and CBS reported, despite earlier suggestions that he could be factored into the trade.

Bout’s life in the arms trade earned him the nickname “The Merchant of Death” and inspired investigative reporting and a 2005 movie.

He looks set to revel in his notoriety. Since his return to Russia, Bout has embraced ultra-nationalist Russian politics, and firmly endorsed President Vladimir Putin‘s war of aggression in Ukraine.

He is said to have done business and fueled conflicts in Afghanistan, Angola, the Democratic Republic of the Congo, Liberia, Rwanda, Sierra Leone, and Sudan.

Bout earned the nickname “The Merchant of Death” after a book of the same title by Douglas Farah and Stephen Braun, two American investigative reporters, detailed his business dealings.

His story also inspired “Lord of War,” a 2005 crime drama about an arms dealer loosely based on Bout’s exploits that starred Nicolas Cage, Jared Leto, and Ethan Hawke.

He was arrested in Thailand in 2008 — but not for the high-stakes trafficking operations that served as inspiration for several movies, documentaries, and books.

Instead, Bout was caught in a Drug Enforcement Agency sting operation. American officials lured the elusive arms distributor to engage with purported representatives of a Colombian guerilla group, the Revolutionary Armed Forces of Colombia (FARC).

He offered to sell weapons to the rebels, even with the understanding that the materials could have been used to kill Americans.

Soon after, Bout was arrested in Bangkok and, following an extended legal battle and protests from the Russian government, extradited to the United States.

Nearly four years after his initial capture, Bout was convicted of conspiring to provide “material support” to a terrorist organization, promising to supply them with anti-aircraft missiles, and engaging in a plot to kill Americans and US officials.

The Hon. Shira A. Scheindlin, a then-federal judge for the US District Court for the Southern District of New York who ruled on the case, sentenced Bout to 25 years in prison. Though the punishment was the minimum sentence possible for such crimes, Scheindlin has since said that “the sentence was too high in the first place.”

“It was mandatory. I had no discretion,” she told Insider. “I had to give the sentence I gave.”

As early as May 2022, Russian state media outlet Tass began writing that American and Russian officials had engaged in talks about a potential Bout-Griner prisoner exchange.

In 2022 Griner was detained after airport officials found hashish oil in her luggage. She was tried in Russian court, found guilty of drug smuggling, and sentenced to 9 years in Russian prison.

The US offered Bout to Russia after Griner’s arrest in exchange for the two held Americans, CNN first reported in August.

The Kremlin responded to the offer one week later by saying they were willing to discuss a potential prisoner swap.

The prisoner swap drew some criticism in the US, including from former chief of operations at the Drug Enforcement Administration Michael Braun, who wrote in a Foreign Policy column that releasing Bout would pose a “grave threat” to national security and be a “slap in the face” of law enforcement who risked their lives to arrest him.

Despite this, the US and Russia were able to orchestrate a deal to swap Griner for Bout at the end of 2022.

Pentagon officials have expressed concern that Bout could return to arms dealing now that he’s free.

For now, he seems more interested in currying political favor. Less than a week after the prisoner swap, Bout joined Russia’s far-right, pro-Kremlin Liberal Democratic Party of Russia (LDPR), in a signal he might seek a seat in Russia’s parliament.

The party has long advocated Russia’s reconquering of former Soviet Union countries, according to Reuters.

In a statement, Prigozhin said Bout would be “good at the head of any existing party and any movement,” as The Guardian reported.

Amid the media whirl that surrounded that announcement, Bout was effusive in his praise for Putin’s war and told state media that if he had the chance, he would “certainly go as a volunteer” to fight in Ukraine.

However, in a later interview with Komsomolskaya Pravda Radio, he awkwardly dialed back that claim after a member of the public suggested he “prove his patriotism towards the Motherland” by joining Prigozhin’s warriors, as The Daily Beast reported.

Bout seemed to be taken aback by the comment and instead said: “You have to understand where you can be most useful, and which of your skills and knowledge would be handy.”