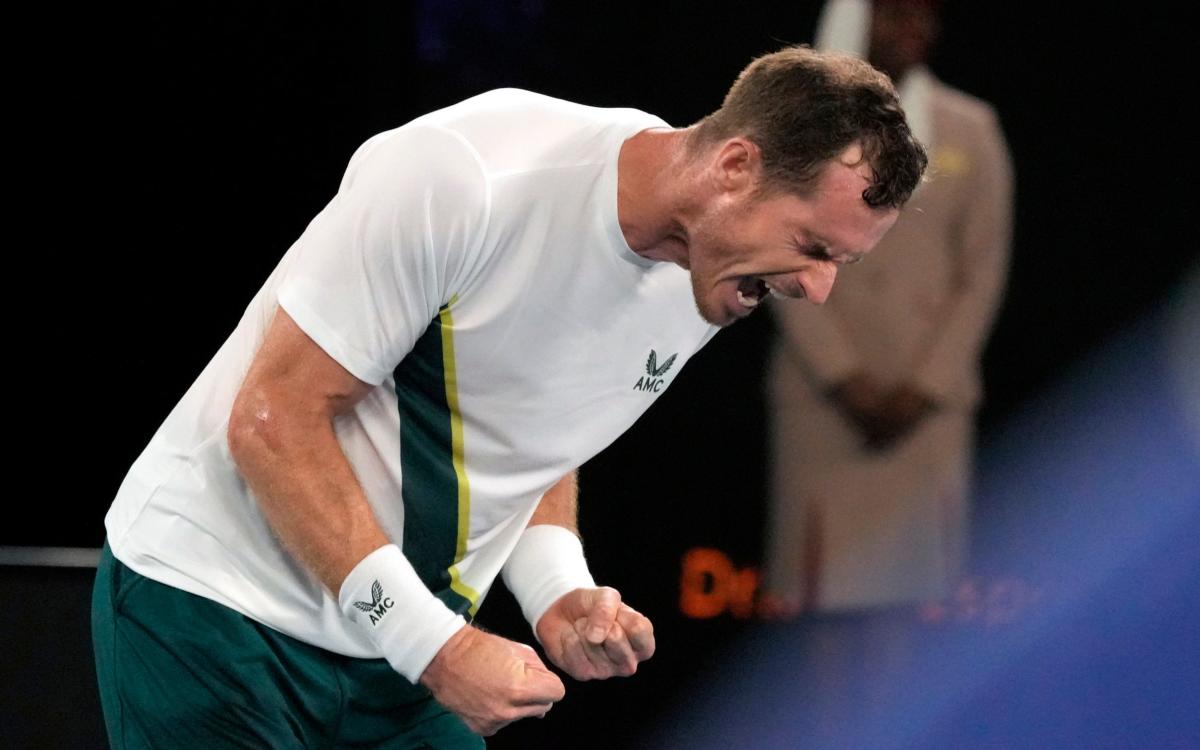 Ever wondered why Andy Murray refused to retire, even after a five-and-a-half year absence from the conversation around the world’s best players?

Murray answered that question in spine-tingling style on Monday night, as he eliminated 13th seed Matteo Berrettini from the Australian Open in an agonising 4hr 49min epic. It was his first victory over a top-20 opponent in a major since he beat Kei Nishikori at the 2017 French Open – the tournament in which his original, organic right hip collapsed.

To call this win “inspirational” feels almost inadequate. We are talking about an athlete who has put himself through operation after operation, rehab after rehab, in his determination to squeeze more Hollywood moments out of his career.

In fighting his way back to the top table, Murray blocked out all the sceptics and all the nay-sayers, as well as the plain facts: no singles player had ever competed with the best after the implantation of a metal hip. He had to claw his way up the ladder through the indignity of second-tier events in Surbiton and small-town America.

And all for this moment, where he could walk out on the Australian Open’s main stage and topple one of the world’s best players – a man who was a semi-finalist here last season, and the Wimbledon runner-up the year before.

For much of this encounter, Murray was virtually indistinguishable from the player who collected titles as if they were Pokemon cards in the mid-2010s.

Murray had come in with a negative record against Berrettini, having lost to him three times in succession, but he was instantly on the front foot. Berrettini found himself 3-0 down in a matter of minutes, as his weaker backhand wing collapsed under a sharp interrogation.

Murray’s gameplan was simple. Push the big Italian out wide with the serve, and then make him run from side to side as much as possible, trying to avoid the clubbing forehand that has felled so many opponents.

The strategy worked so well that Murray raced through the first two sets in less than an hour-and-a-half, raising hopes that he could be home in time for an early dinner.

But Berrettini managed to fend off more pressure early in the third set, saving a pair of break points with gritted teeth. His body language, previously limp and defeatist, changed in an instant as he shouted in triumph for the first time in the match.

Now came the switch in momentum, as Berrettini scored his only break of the match with a sensational shot – a sliced backhand, hit on a dead run, that scudded past Murray at the net and landed just inside the sideline.

Berrettini now found his greatest asset: the serve that must rank among the three best deliveries in the game, bested only by John Isner and Nick Kyrgios. Look at his ace totals: three in the first set, five in the second, before climbing to six, then seven, and finally a scarcely believable ten in the decider.

Murray was edged out in the fourth-set tie-break – despite a desperate diving volley that left him with a bloodied knee – and had to hold his nerve down the home stretch. Serving at 5-6 in the fifth, he faced a match point, and played a weak drop shot that gave Berrettini an easy passing chance. Happily for British tennis fans, Berrettini blooped his backhand into the bottom of the net from close range. One of the Channel Nine commentators called it a “flat-out choke”.

Into the deciding-set tie-break, and perhaps that miss was weighing on Berrettini’s mind, because he suddenly lost his trusty serve again. Murray took full advantage, chiselling out a 9-7 lead that he finally converted via a lucky net-cord.

“To stay with it in that fifth set was a great mental effort,” Murray told Eurosport afterwards. “Physically, we were both tired. I’ve put in a real lot of work over the past three months. I’ve been playing well in practice. But In the last couple of years I’ve lost a few of these matches at slams – [Stefanos] Tsitisipas at the US Open, a tight one with Isner at Wimbledon, and that one could have got away from me. But I think all the work I’ve put in over the last few months paid off there in the end. Yes, I was a little bit lucky on the match point, but I earned that.

“I stayed remarkably calm at the end,” Murray added. “Obviously I got a really good start at the tie-break which helped me. But I put a few returns in play and felt like in rallies I took the initiative when I could. At the end, I mean he hit a pretty bad shot on the match point – I was lucky there for sure – but I served smart, I played every point and thankfully it was enough. I don’t know what the final points total was [166 to 161, in fact] but it was unbelievably close, there must have been only a few points in it.”