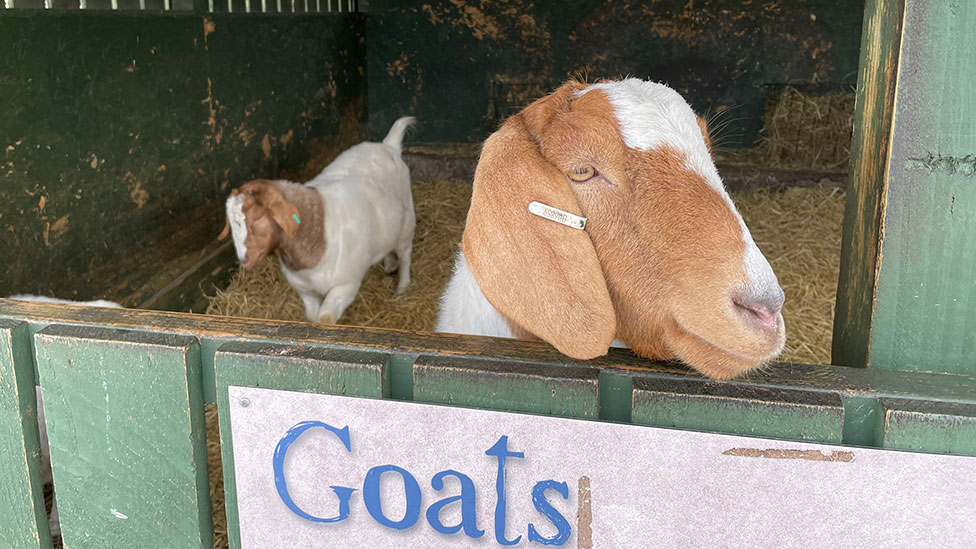 One of Scotland’s last urban farms has closed its doors to the public and its animals are being transported to local zoos and farms.

Love Gorgie Farm, which gives volunteering opportunities to disadvantaged young people and adults, hands the keys back next month.

Edinburgh Zoo, Five Sisters Zoo in West Lothian and East Links Family Park in Dunbar are in talks to take it over.

All three sites charge an entry fee. Gorgie Farm has always been free.

It is unclear whether a new owner would introduce an entry fee at Gorgie Farm.

Love Learning, the charity which runs the farm, said they had been hit by pandemic restrictions, the cost of living and lack of funding.

It is taking advantage of a three year breaker clause to end its five year lease from the City of Edinburgh Council early.

The staff leave on Wednesday – a day after the animals.

The charity’s CEO, Lynn Bell, told BBC Scotland it would hand the keys back to the council on 2 February.

“We had thought the council was going to give us an interim fund to keep running the farm until new owners were found,” she said.

“However, our meeting with them last week opened with them saying we were in breach of our contract and so they were forcing us to stay open.

“We said that would force us into administration. They wanted us to stay open for another two months but we are handing the keys back on 2 February as that marks the 40 days notice we need to give.”

She added that although the farm had been a working farm with animals being bred for slaughter before they took over three years ago they had not killed any animals.

She said they had run the farm as a therapeutic farm for vulnerable people to look after animals.

She said some of the animals, which all have names, would return to the farm once new owners were in place.

Three alpacas have been sent to a farm in Ayrshire. The reptiles all belonged to the staff so they will take them back to their homes.

The pigs are going to Five Sisters Zoo and the sheep and goats to East Links Family Park.

Meanwhile, a community group attempting to save the farm has been launched.

The Save Gorgie Farm Forever Campaign has been formed by Gorgie and Edinburgh residents.

Simon Medcalf, its vice-chairman, said: “I can’t understate the importance of Gorgie farm to so many people in the community.

“While we have already had a great amount of engagement with Edinburgh City Council on this, it would be great if we could see a similar level of support from the Scottish government.

“It’s important to remember that Gorgie Farm is not just an asset for Edinburgh but for much of central Scotland as well.”

The farm previously went into liquidation in November 2019.

But Ms Bell said they had not received the £100,000 grant from the council that the 40-year-old farm had previously received annually.

Council Leader Cammy Day said: “It’s disappointing that it closed its doors on Monday but we’re really keen to develop exciting new plans for the farm and ensure it remains a big part of the local community.

“We’ve had positive meetings with various organisations and will continue to hold discussions this week to find a solution that secures the future of Gorgie Farm in the coming days.”

The farm has about 50 livestock and 50 pets, including sheep, pigs, ducks, geese and chickens and a number of smaller animals including snakes and lizards.

There are 30 staff at the farm and many more volunteers. There are also allotments on the site.