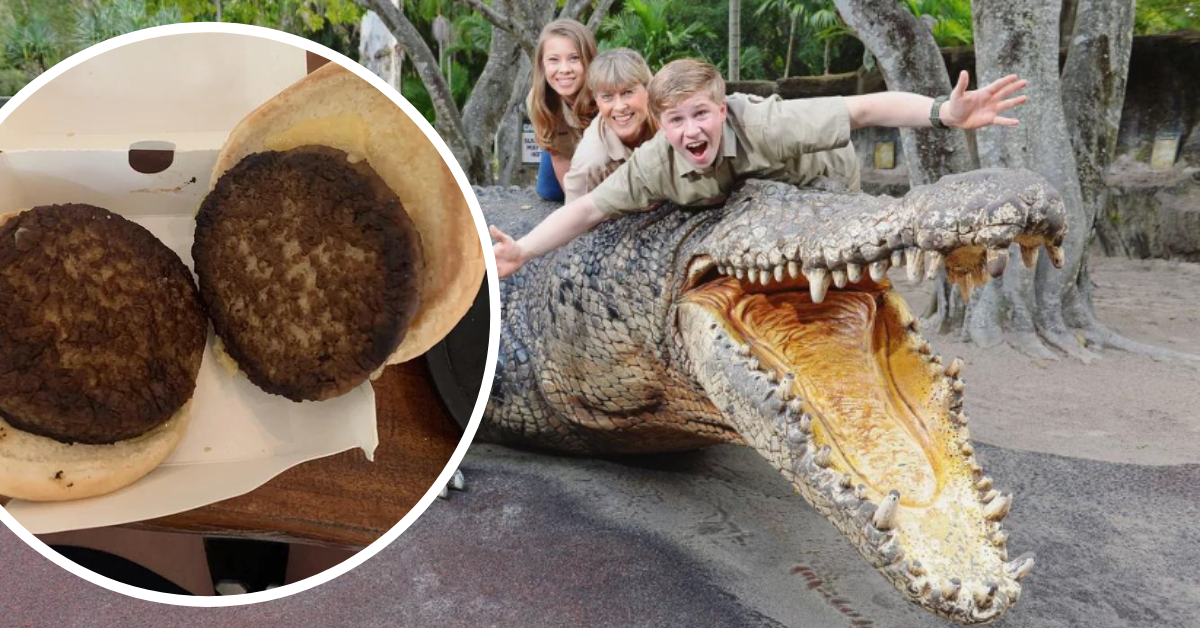 A trip to Australia Zoo should be fun for the whole family but one attendee was left with a bad taste in his mouth after a recent visit to the Queensland tourist attraction.

“This is what passes as $17 double cheese burger at Australia Zoo,” Reddit user Simke11 wrote in the r/Brisbane community, with a picture of a rather bare-looking burger he’d purchased at the wildlife park run by the family of late conservationist and TV star Steve Irwin. “That thin yellow layer of something on the right bun looks like it could be cheese. Not that I could taste it,” he further detailed.

Others felt the burger was normal fare for a tourist attraction and customers should be prepared for it. “Who doesn’t pack their own lunch when going to the zoo?” one Redditor asked. “My thoughts exactly. Same rule applies to theme parks too,” another added.

“I wasn’t expecting 5 star restaurant, but it doesn’t mean food should be s**t,” came the original poster’s reply. “It’s not about the cost as such, which I accept will be a lot higher at places like these. It’s about the absolute s**t quality of food.”

When asked whether he’d sought a refund for the burger, the man said he didn’t because he didn’t want to bother the young service staff. “I wasn’t going to have a go at them, they work minimum wage and it’s not their fault,” he explained. “I won’t be buying anything from there again though,” he added, but conceded that apart from the food he’d bought there, the zoo was “pretty good”.

Other Reddit users shared the original poster’s opinion about the state of food on offer at Australia Zoo. “I’ve been there countless times when rello’s [relatives] come to visit. The food has always been TERRIBLE and embarrassingly expensive,” one user commented. “It’s so bad that I warn everyone ahead of time, so I can reassure them that we’ll have a proper meal somewhere better afterwards. It’s just consistently so disappointing, year upon year, without fail. At least if the food was decent they might be able to justify the ‘tourism premium’ pricing.”

Café food might not be top of mind for the Irwins as they manage the high costs of running Australia Zoo, which is home to thousands of animals and employs over 500 staff members. Last February, Robert Irwin revealed that the pandemic and lower visitor numbers were making it difficult to keep the 700-acre wildlife park afloat. “It’s a really challenging time and going through a Covid pandemic for anyone is tough, but we’re seeing about an $80,000 food bill every week. Just absolutely crazy,” he said at the time.

Yahoo News Australia has reached out to Australia Zoo for comment.