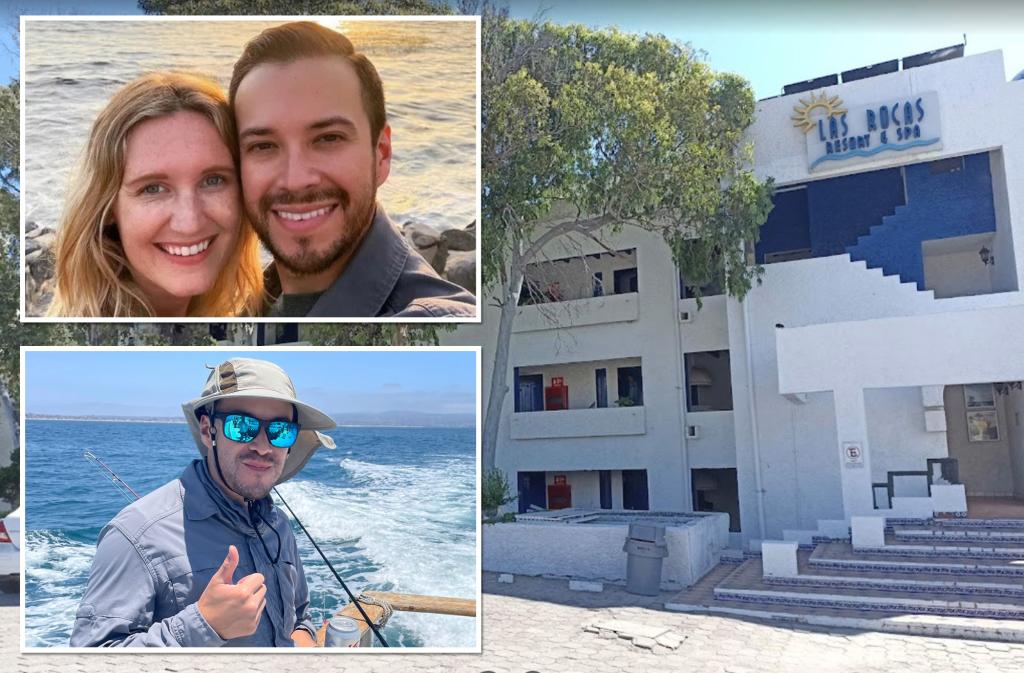 The California lawyer who died on a trip to Mexico had a gash on his forehead inconsistent with a fall, contradicting Mexican authorities’ statement that he accidentally plunged to his death from a hotel balcony, according to a report.

Baja California Attorney General’s Office said Elliot Blair’s death Saturday in Rosarito Beach, south of Tijuana, appeared to be the “result of an unfortunate accident from a fall … from a third-story floor.”

But a law enforcement source told ABC News Monday that the official account doesn’t add up.

Blair, 33, had a forehead injury “that would not have been caused by a fall,” the source said. The Post has not verified the report.

The shocking allegations come after his family and colleagues wrote in his GoFundMe that he “was the victim of a brutal crime.” The lawyer had been in Mexico with his wife, Kim Williams, another public defender, to celebrate their first wedding anniversary at the luxury Las Rocas Resort and Spa about 40 miles south of San Diego.

His family attorney David Scarsone told the Orange County Register that there are “many unanswered questions” leading them to question the official conclusion by Mexican authorities.

The family is currently facing “the cumbersome process involved in transporting Elliot’s body from Mexico to the USA and dealing with all the red tape,” the organizer said.

Mexican authorities told local media they are continuing to investigate the death and have been in touch with the FBI and Department of Justice.

“Elliot was a compassionate lawyer who dedicated his life to serving indigent clients,” the GoFundMe said. “Elliot was known as a patient and caring advocate. He was the best of us and was loved by countless members of our office and the Orange County legal community. We are heartbroken.”