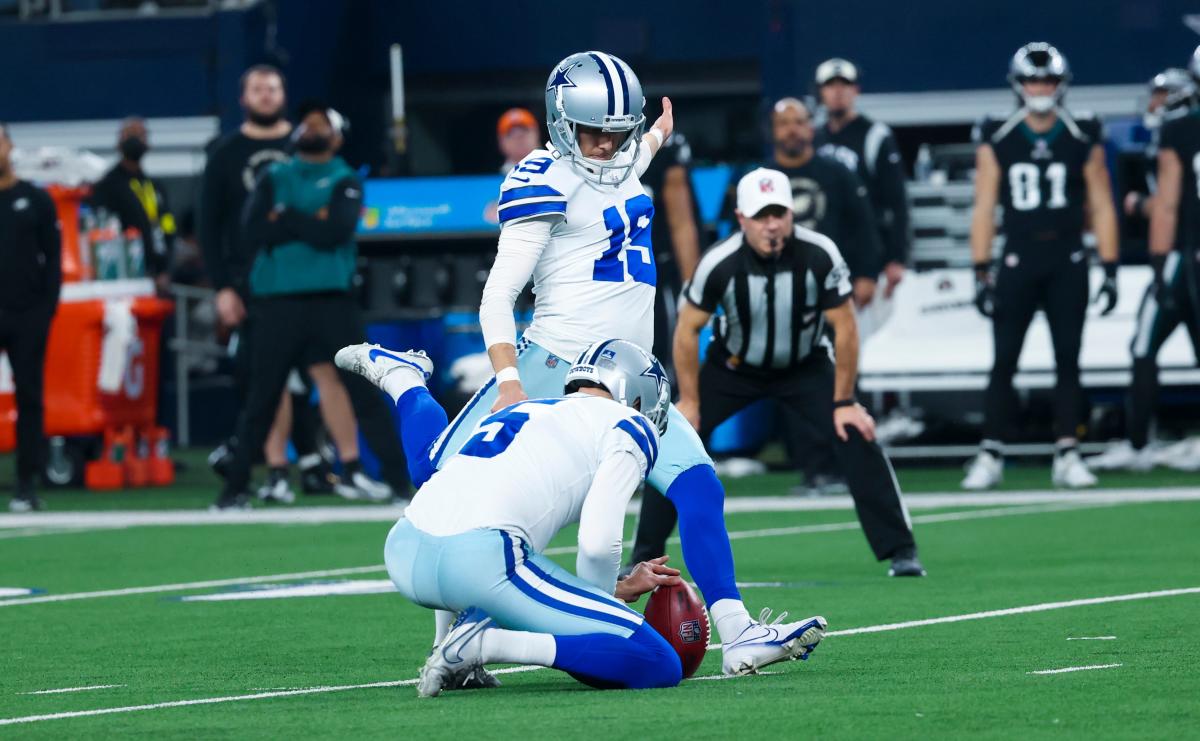 Peyton Manning has had some choice words for kickers over the years. He once famously called Indianapolis Colts teammate Mike Vanderjagt a “liquored up” idiot.

He later pondered if a kicker can be cut at halftime.

Here’s Manning’s memorable quote about Vanderjagt from 2003: “Here we are, I’m out at my third Pro Bowl, I’m about to go in and throw a touchdown to Jerry Rice, we’re honoring the Hall of Fame, and we’re talking about our idiot kicker who got liquored up and ran his mouth off. … What has the sports world come to? We are talking about idiot kickers. He has ruined kickers for life. Sad thing is, he’s a good kicker. He’s a good kicker. But he’s an idiot.”

Maher missed a fourth PAT early in the third quarter. He made 50-of-53 in the regular season.

Maher made a PAT on his fifth try, early in the fourth quarter, drawing praise from Manning: “WHOOO!”

Meanwhile, former Colts punter Pat McAfee was in a more forgiving mood. He believes, or at least hopes, Maher bounces back.

And after the fourth miss.