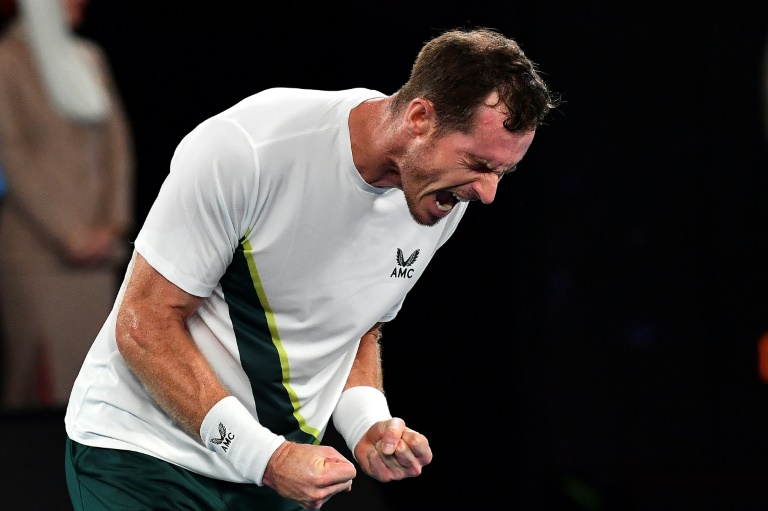 Andy Murray said he had silenced the doubters after defeating Italian 13th seed Matteo Berrettini in five gruelling sets to book a spot in the Australian Open second round on Tuesday.

The three-time Grand Slam champion has battled major hip and abdominal injuries for half a decade but declared himself free of pain and fired up before the tournament.

It was a huge win for the 35-year-old Briton, now ranked 66, to knock out last year’s semi-finalist.

“I think the last few years I’ve certainly questioned myself at times,” said Murray, a five-time runner-up at Melbourne Park and former world number one.

“There’s certainly a lot of people questioned me and my ability, whether I could still perform at the biggest events and the biggest matches.

“I felt very proud of myself after the match. That’s not something that I generally felt over the years at the end of tennis matches.

“I think I’m proud of the work that I put in the last few months,” added Murray, who faces Thanasi Kokkinakis or Fabio Fognini next.

“I trained really, really hard over in Florida getting ready to play here. I’m really proud of how I fought through that match at the end, when it could have got away from me.”

It was Murray’s first victory over a top-20 player at a Grand Slam since defeating ninth-ranked Kei Nishikori in the quarter-finals of the 2017 French Open.

Victory also brought up his 50th Australian Open win, becoming only the fifth man in the Open era to achieve the feat alongside Roger Federer, Novak Djokovic, Rafael Nadal and Stefan Edberg.

Berrettini called Murray — who plays with a metal hip following career-saving surgery in 2019 — a “great champion”.

“It’s impressive what he could do after so many surgeries, after all the kilometres that he ran in his career,” the 26-year-old said.

Coached by Ivan Lendl, who won the Melbourne Park title in 1989 and 1990, Murray broke once in the first set and twice in the second as the Italian struggled on his second serve while making a slew of unforced errors.

But Berrettini rallied in the third set with a break to move 3-2 clear and helped by six aces took it to a fourth set.

Nothing separated them and it went to a seesawing tiebreak that the Italian won on his third set point when Murray sent a forehand long.

Berrettini earned a match point 5-4 in the fifth set, but netted an easy half-volley to waste the opportunity and it again went to a tiebreak.

An early break for Murray gave him the edge and he clung on.

Murray said having Lendl on his team made a big difference.

“He’s certainly not going to let me get away with, well, not working hard,” he said.

“He’s always going to push me as hard as he can to try and get the best out of me.”