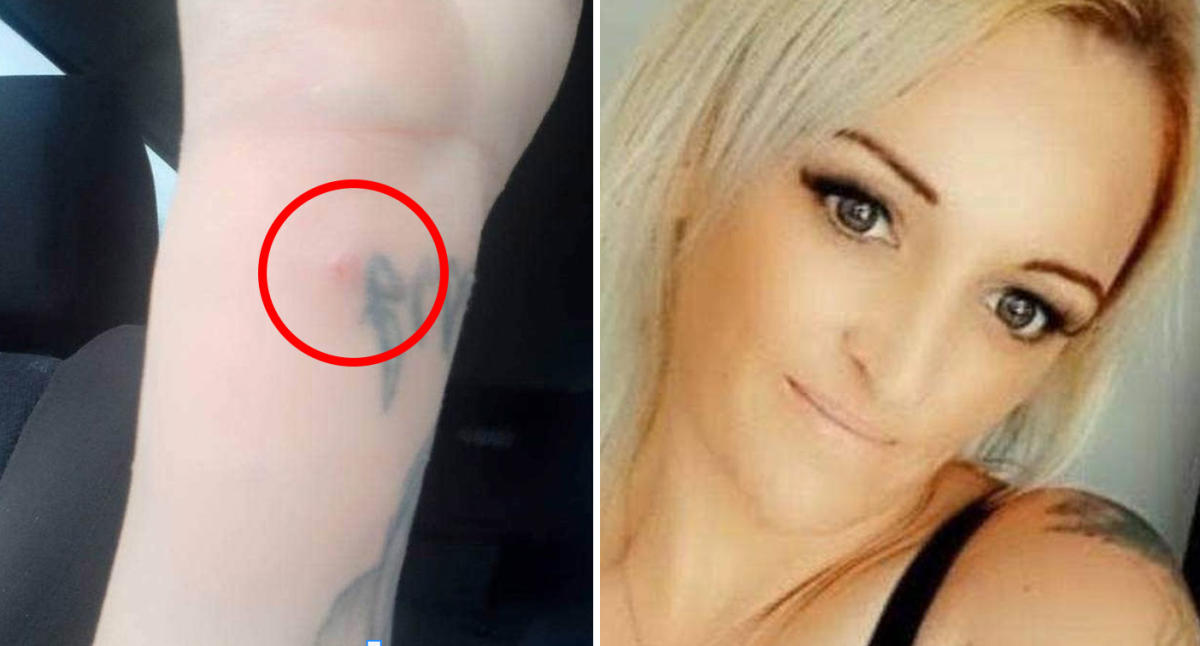 A barely noticeable bite mark had a lot to answer for after a woman underwent two surgeries and prepares for a possible skin graft.

Renee Peck, of New Zealand, was mindlessly washing her hands last Monday when she spotted a small insect bite on her right wrist, Stuff reported.

Throughout the day she began to experience stitch-like sensations run up her forearm and when the wound began to get painful, she decided to drive herself to Hutt Hospital.

Ms Peck, who is pregnant with her fifth child, has since undergone multiple surgeries to stop the spreading infection.

“The bite was into a vein so has gone into my bloodstream, and I’m probably going to need more surgery,” Ms Peck told Stuff.

Ms Peck thinks the bite came from a spider she spotted on her bed. She has been bitten by a white-tailed spider before but a lecturer in entomology told Stuff he did not think that spider was to blame. Doctors believe her symptoms were most likely aggravated by a secondary skin infection from scratching the bite.

Ms Peck, who is in her second trimester, recently discovered the sex of her baby and had plans to reveal the exciting news to her loved ones later in the week, but instead spent the day in hospital. With healthcare professionals monitoring the condition of her baby closely, the bite has thankfully had no negative health repercussions on her pregnancy.

Ms Peck felt obliged to share her story and warn others. “I’m just concerned that people may not be aware of the danger posed by this sort of thing. The thought of this happening to a child, like my four-year-old, it could be far worse,” said Ms Peck.

Doctors are eager for Ms Peck to remain in hospital to ensure the infection has completely cleared before starting with the skin graft procedure, which will involve taking skin from her leg.