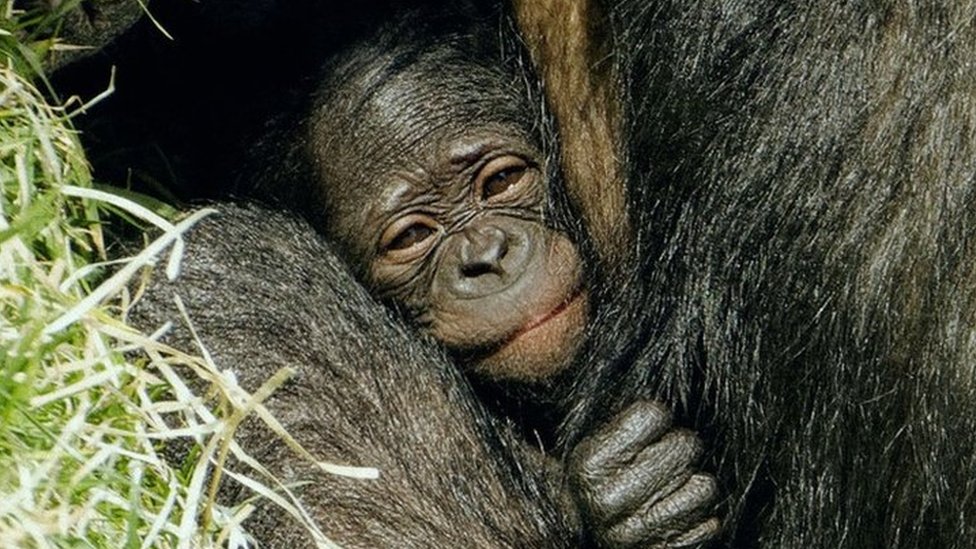 A zoo is celebrating the first birthday of what it believes is the first baby bonobo to be born in the UK since 2019.

The male bonobo – named Upendi – was born to his mother Cheka in January 2022 at Twycross Zoo in Leicestershire.

The zoo said the endangered species’ population was fewer than 50,000 in the wild.

The zoo said the name Upendi had been inspired by a love song from The Lion King II: Simba’s Pride and Upendo, which means love in Swahili.

To celebrate his first birthday, the zoo arranged a series of treats for him, such as food hidden in puzzles, which encouraged him to forage and use natural tools, like bonobos do in the wild.

Ms Addison added: “It’s been twelve months since we welcomed Upendi into the world.

“Conservation and education are at the forefront of what we do here at Twycross Zoo and it is crucial that we continue to work collaboratively with zoos across the world in order to prevent endangered species, including the bonobo, from becoming extinct.”