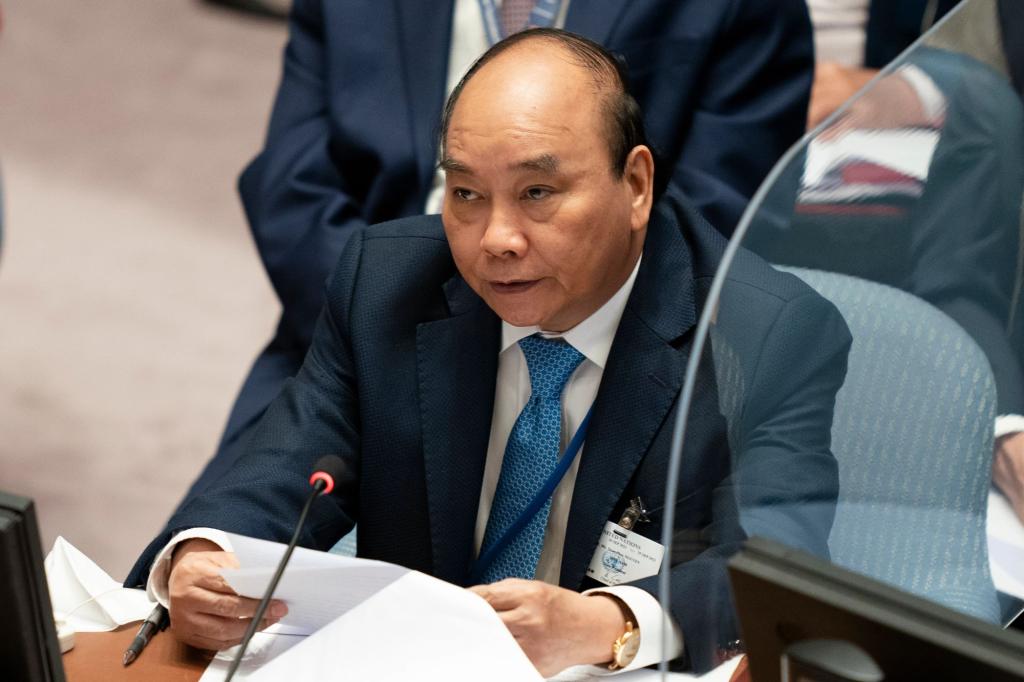 HANOI – Vietnam President Nguyen Xuan Phuc has resigned after the ruling Communist Party blamed him for “violations and wrongdoing” by officials under his control while prime minister, the government said on Tuesday.

Phuc, 68, who was premier from 2016-2021, has held the largely ceremonial position of president for less than two years and is the highest-ranking official targeted by the party’s sweeping corruption crackdown.

Vietnam has no paramount ruler and is officially led by four “pillars”: the powerful party’s secretary, the president, the prime minister and the chair of the legislature.

“Fully being aware of his responsibilities before the party and people, he submitted an application to resign from his assigned positions, quit his job and retire,” the government said in statement, citing the party’s powerful Central Committee.

Phuc’s office could not immediately be reached for comment and it was not clear if the party, which has accepted his resignation, has identified a candidate to replace him.

There had been widespread speculation in recent weeks that Phuc would quit following January’s dismissals of two deputy prime ministers who had served under him, as the party doubles down on a “blazing furnace” anti-corruption drive led by the its long-serving chief, Nguyen Phu Trong.

The raft of investigations and dismissals signal an intensification of the crackdown, despite concerns it is paralysing routine transactions as officials fear being entangled in probes.

In 2022 alone, 539 party members were prosecuted or “disciplined” for corruption and “deliberate wrongdoings”, including ministers, top officials and diplomats, according to the party, while police investigated 453 corruption cases, up 50% from 2021.

To become effective, Phuc’s resignation requires approval from the National Assembly. Sources with knowledge of political and parliamentary affairs on Monday told Reuters the legislature would hold a rare extraordinary meeting this week.

Phuc was chosen in April 2021 to be president, and was widely tipped to succeed the party’s General Secretary, the state’s most prestigious job.

He served for five years as a pro-business prime minister, overseeing a further acceleration of an economic liberalisation drive that included trade deals with the European Union and Pacific powers, including Japan and Australia.

Despite his downfall, the government on Tuesday praised him for his achievements.

“As prime minister for the 2016-2021 term, he has made great efforts in leading, directing and administering the COVID-19 epidemic prevention and control, achieving important results,” it said.