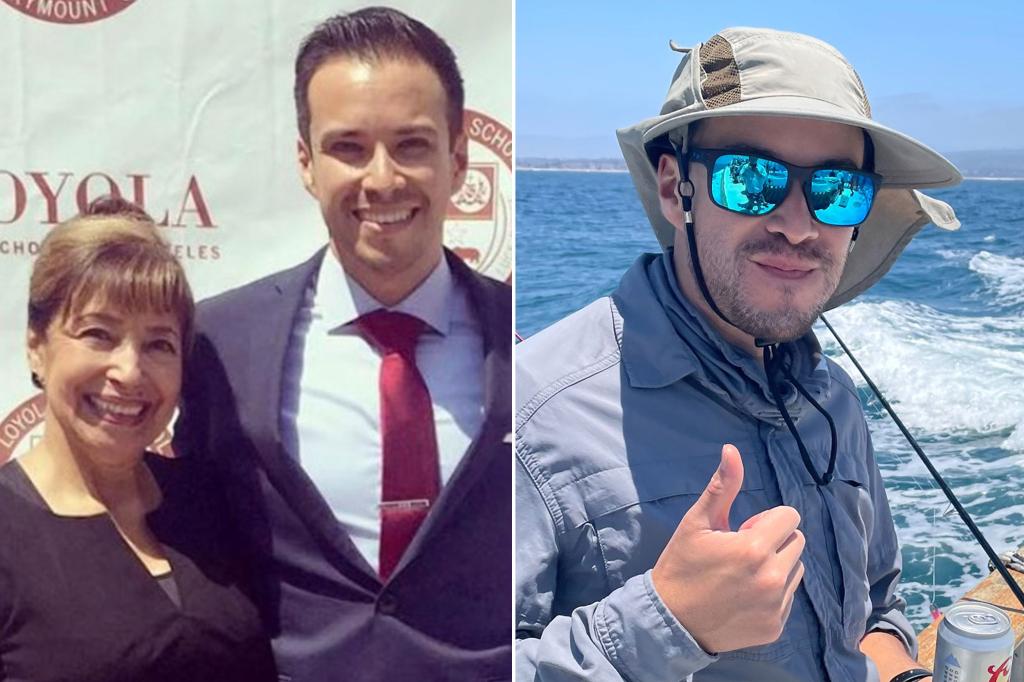 The family of Elliot Blair revealed new details into the California public defender’s mysterious death late Tuesday that maintains their belief he was the victim of a violent crime while vacationing at a Mexican resort with his wife.

Blair’s heart-stricken family said in a statement the incident that led to the 33-year-old’s death happened in an open-air walkway outside of the front door of their room at their resort — not in a fall off a balcony as has been previously reported by Mexican authorities.

The family said their loved one was found in his underwear, a sleeping t-shirt and socks – and wasn’t intoxicated at the time of his death. Blair and his wife, Kim, who were at Las Rocas Resort and Spa in Rosarito Beach for their one-year anniversary, knew the layout of the hotel after having stayed there multiple times in the past, the family said.

They alleged Mexican authorities have repeatedly suggested his body be cremated, including as recently as when the family was on the phone with a funeral home liaison Monday. The family said they rebuked that idea because they want his body turned over to them so “a thorough, complete, independent investigation” can be done.

Blair, who was fluent in Spanish, died Saturday with Mexican authorities claiming in local media that it was the result of an accidental fall, the family said.

But those officials quoted have yet to contact them, the family said. The relatives said they still believe based off their initial investigation he was a “victim of a brutal crime.”

The family also said Blair’s widow has been “given multiple versions of what happened to Elliot.”

The only official who has been in touch with them is the liaison to the coroner’s office, they said.

The family said the liaison told them Monday an autopsy of Blair showed his cause of death was from severe head trauma and the case was going to be forwarded to the district attorney’s office to probe a possible homicide.

The liaison said a toxicology report was not yet completed.

The family slammed the Rosarito Beach Police Department, their district attorney’s office, and other Mexican officials for not yet contacting the family. They believe “little to no” probing into Blair’s death has taken place so far by police.

A lawyer since 2017, his family called Blair a “brilliant attorney with a bright future.”

Mother Stella Blair told The Post Tuesday in an exclusive interview she is “beyond devastated” by her son’s death.

“Elliot’s tragic, untimely, and suspicious death has left his family and community with a huge hole in their hearts that will never be repaired,” the family said in the late Tuesday statement.

California private investigator and former police officer John Jenks, who worked with Blair on several cases, told The Post the details from the family’s statement provided some answers but drew even more questions.

“This is exactly what we have been fearing,” Jenks said. “This is gut-wrenching because when Elliot and I worked together, we discussed the quality of police work. If the police do their job the right way, the system works. So to see the lack of any police investigation and no one speaking directly to the family, is heartbreaking.”

From a professional standpoint, Jenks said there are multiple “red flags,” including how Mexican authorities allegedly immediately suggested that the body should be cremated before the investigation is even completed.

“I would definitely investigate this as a cover up,” Jenks said. “People are not forthcoming with information and evidence. Clearly, the family believes it’s murder and they are taking the right steps. And based on what they’re saying here, severe head trauma can mean a lot of different things.

“The only thing that gives me a glimmer of hope here is that the coroner’s liaison said that there was severe head trauma, and the case has been forwarded to the DA’s Office to conduct a possible homicide investigation,” Jenks added.