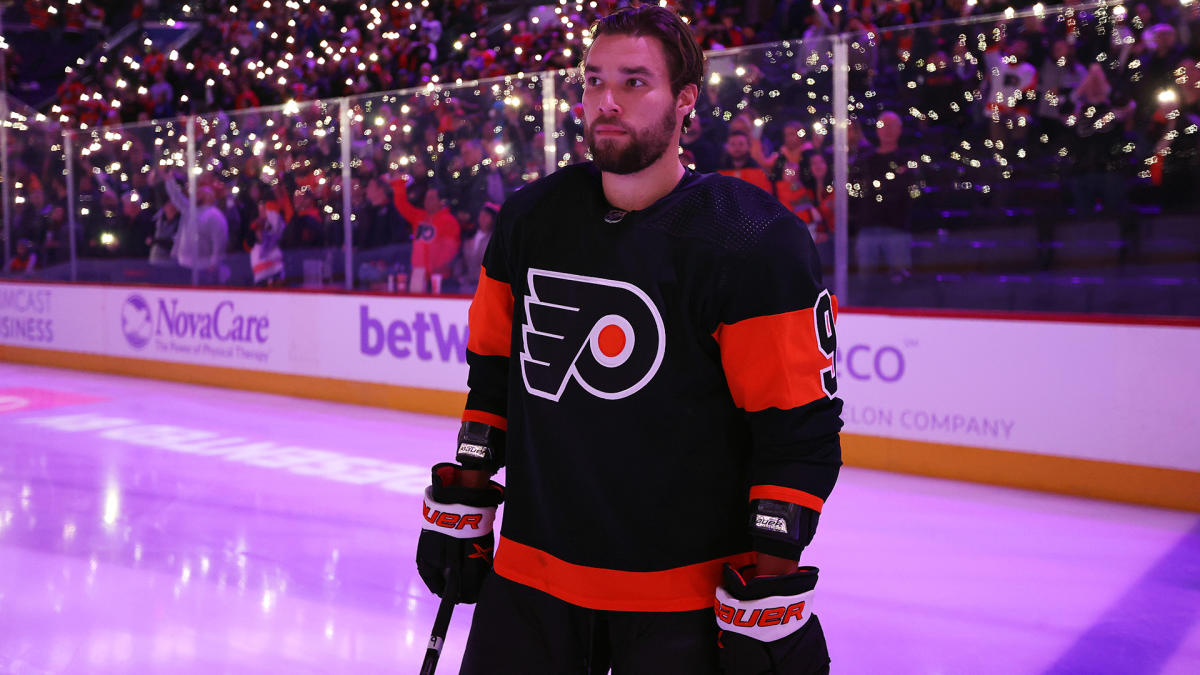 The Philadelphia Flyers held their annual Pride Night on Tuesday to celebrate and support the LGTBQ+ community.

As part of the festivities, the Flyers wore Pride-themed warmup jerseys and rainbow-taped sticks that will be auctioned off with proceeds going towards Flyers charities aiming to grow hockey in less represented communities.

One player was notably absent when the Flyers took the ice for warmups: defenseman Ivan Provorov, who eventually made his way to the bench and ended up playing a game-high 22:45 in Philadelphia’s 5-2 win over the Anaheim Ducks.

Reports circulated after the game that Provorov declined to wear the Pride Night jersey in warmups, prompting the Flyers to issue the following statement:

Flyers head coach John Tortorella confirmed the reports after the game, explaining the defenseman made the decision due to his religion.

Provorov, who is Russian Orthodox, met with the media shortly after and addressed his decision.

The controversy cast a shadow over what was an otherwise positive night for both the Flyers and the LGBTQ+ community.

Prior to the game, the Flyers held a skate for local LGBTQ+ youth and officers from the Greater Philadelphia G.O.A.L organization, whose mission is to “advocate for and on behalf of LGBTQ+ first responders and military members, help educate first responders in LGBTQ+ competency, and provide community outreach to advance relations between the LGBTQ+ public and first responder agencies.”

After the game, forwards James van Riemsdyk and Scott Laughton did a meet and greet with Tuesday’s guest of honor, 13-year-old nonbinary hockey player Trin Stephens, and his family. Laughton and van Riesmdyk first met Stephens in November through an LGBTQ+ nonprofit organization they have partnered with.

“It’s super amazing because it’s a once-in-a-lifetime chance to have, being an LGBTQ youth doing this,” Stephens told NHL.com. “I would totally love for people to be included in sports and be themselves and not have to hide it from the world.”