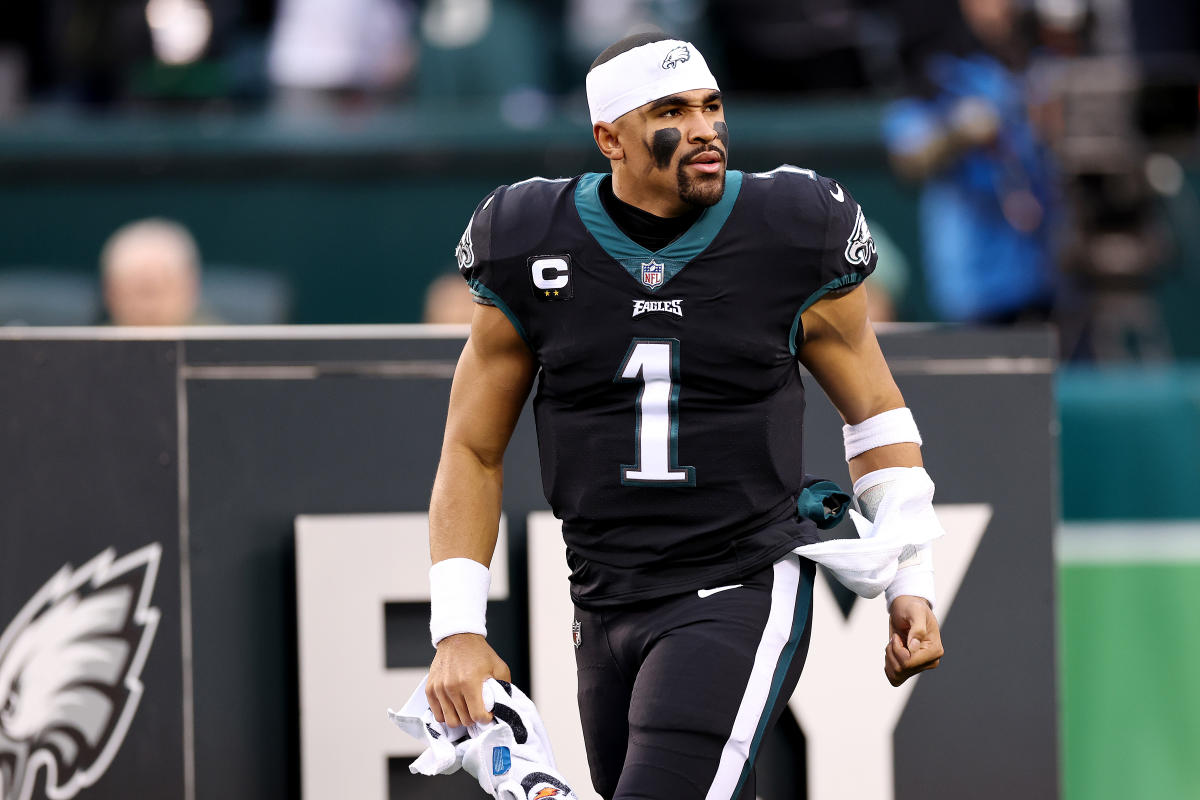 He’s a target every time he steps on a football field. Even more so now that he’s experienced a shoulder injury. Such is the life of an NFL quarterback. But the Philadelphia Eagles signal caller says he’s ready to go for Saturday’s playoff game against the NFC East rival New York Giants.

After missing Weeks 16 and 17 with a shoulder sprain and being limited in Week 18 against the Giants, Hurts was absent from the Eagles injury report on Tuesday. He’s going to “just play my game” on Saturday with a spot in the NFC championship at stake.

“It’s football,” Hurts told reporters on Tuesday. “I’ve got a bounty on me every week I go out there on the field. Gonna go out there and just play my game. Whatever happens happens.”

By “my game,” Hurts presumably means he’ll be ready to resume his role as a dual threat and take the consequences as they come. It’s a role that was conspicuously absent in Philadelphia’s Week 18 win over the Giants that saw Hurts tally just 13 yards on nine carries against a team resting its starters. He only played because the NFC’s No. 1 seed was at stake. The designed runs that are a regular part of the Eagles game plan were limited as he played through the lingering injury.

Hurts is at his most dangerous when he’s a threat to run the ball. He earned his first Pro Bowl berth this season while averaging 50.7 yards on 11 rushing attempts per game. He tallied 13 rushing touchdowns on the ground alongside a career-best passing effort that included 22 touchdowns and just six interceptions.

If he plays at that level on Saturday, the Eagles should beat a Giants team they swept in the regular season. Head coach Nick Sirianni sounded confident that Hurts would be able to play his game.

“He’s better today than he was two weeks ago,” Siriani told reporters. “He’s continuing to get better, and he feels good. I’ll let him tell you how he feels.”

So how is Jalen feeling?

The Giants, of course, don’t intend to make it easy for him. But Hurts wasn’t suggesting that he’s expecting any sort of foul play with his “bounty” quip — just acknowledging the reality of being a quarterback in the NFL

“Obviously the quarterback gets a lot of attention,” Hurts clarified. “I think every quarterback in the league has a bounty on them in a sense — to stop them.”