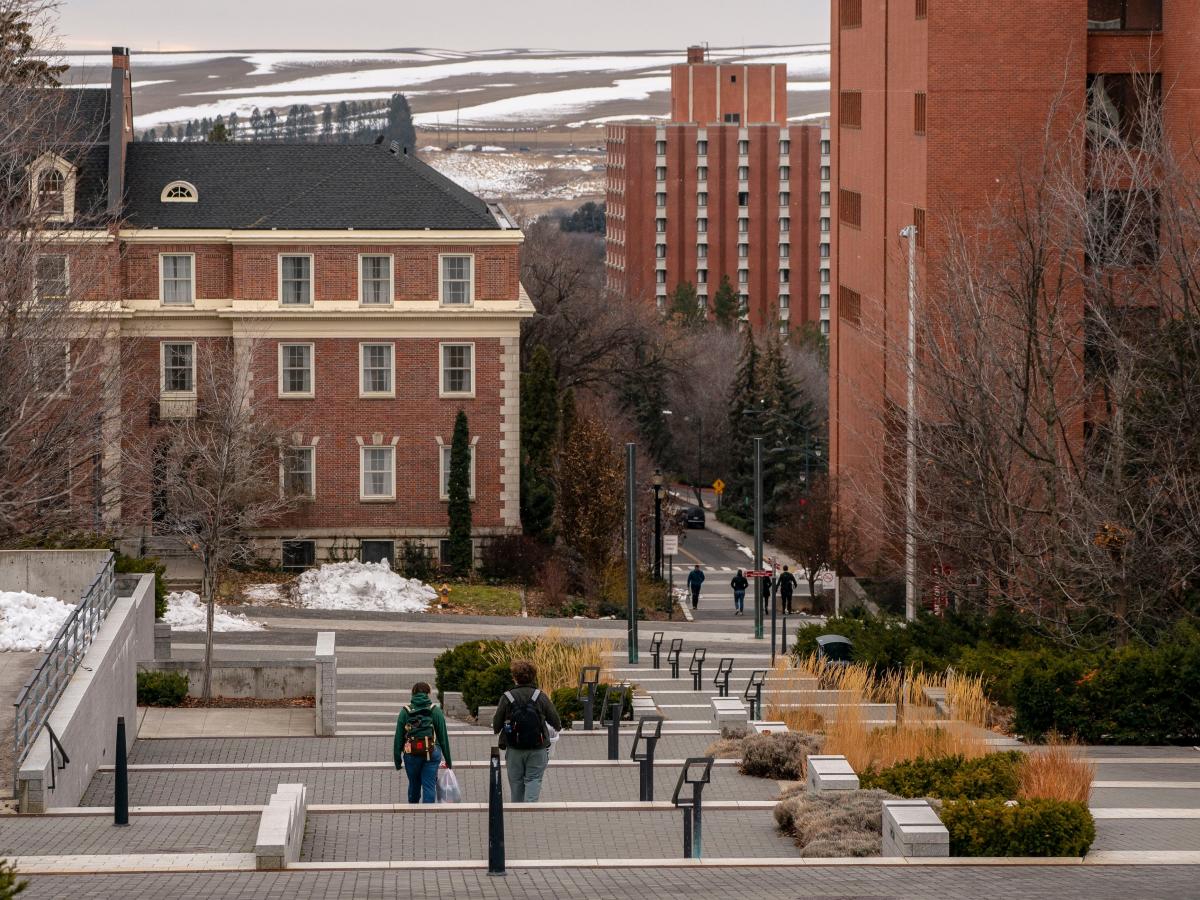 Throughout his journey to Moscow, Idaho, and back home in Pullman, Washington, police and sheriff’s deputies spent hours in front of Idaho slayings suspect Bryan Kohberger’s home responding to a “horrifying” hit-and-run.

Hours before his travels, however, Washington State University police and Whitman County sheriff’s deputies arrived in front of his home to respond to a different bloody crime scene.

The crash was reported at 11:40 p.m. on November 12 — three hours before Kohberger left his home for Idaho — and resulted in two pedestrians being sent to the hospital with serious injuries.

Turner Gardner, 26, told Insider that a man had been thrown from the road and a woman lay face-down screaming, and

“It was horrifying,” she said of coming upon the scene just before midnight on November 12.

“I heard a screech and a loud bang,” another witness, Aundrea McKinsey, 25, told Insider. “It was scary.”

Police eventually took a 19-year-old Kappa Delta sorority member named Carmen E. Fernandez into custody following a manhunt and charged her with vehicular assault and DUI, according to police and press reports.

There is a chance that Kohberger witnessed the crash before leaving his apartment at 2:42 a.m. on November 13, according to cellular data and traffic-camera footage. Cellular data shows that he was at home during the crash and could hear and see the street from a second-story window. Neighbors and court documents also noted that Kohberger was an insomniac.

After the crash, during the early hours of Sunday morning, Kohberger drove in his white Hyundai sedan 11 miles to Moscow, according to cell phone and traffic data.

The police response to the hit-and-run blocked the most direct way to Kohberger’s home, one of only two ways to access his apartment building. The route that was open that night requires turning four times on residential streets and going over four speed bumps before connecting with a main road. The route police blocked had one turn and one speed bump.

Prosecutors allege he then committed the grisly killings, leaving behind a knife sheath containing the DNA that would eventually lead to his arrest on charges of first-degree murder.

By 5:30 a.m., cell tower pings showed his phone back at his home. Witnesses said that the police were still on his street responding to the crash incident.

Kohberger again left his apartment at 9 a.m., traveling to the scene of the murders before returning home, prosecutors allege.

Once more at noon — when the Moscow police commenced their hunt for the killer — Kohberger’s phone pings indicate that he likely slipped out of his apartment and past Pullman police once more.

While authorities had no reason to believe four people had been murdered in the neighboring town with its own police force, it’s unclear if the crash had anything to do with the killings or if it was a simple coincidence.

“It makes you wonder if things could have been different,” Faith Grossi, 19, told Insider standing in a student room with a window facing the hit-and-run scene and Kohberger’s apartment.