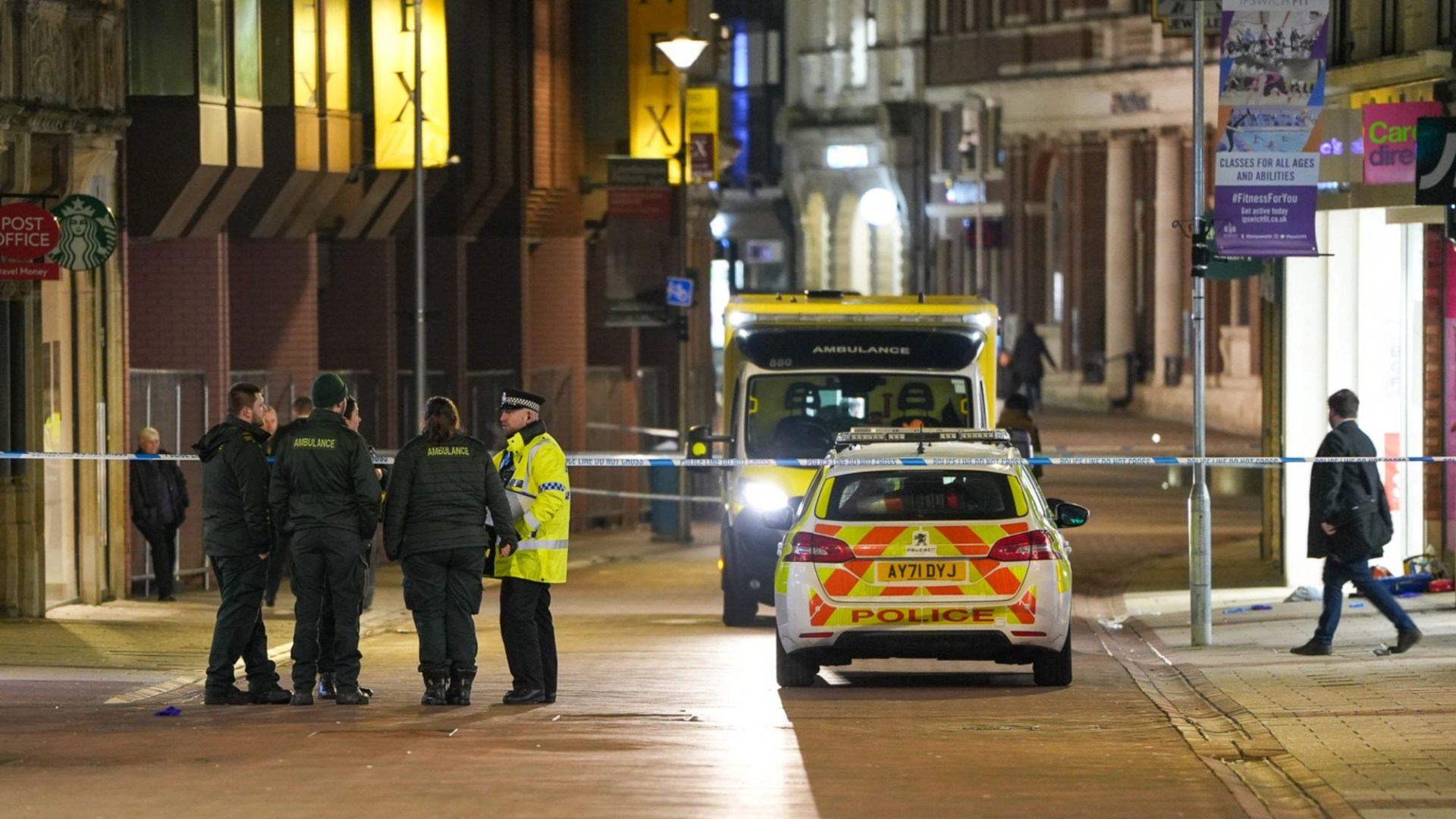 A TEENAGER was stabbed to death in a “brazen” and “targeted” attack yesterday.

Suffolk Police rushed to Ipswich town centre at 3.35pm to reports of a knifing in front of horrified shoppers.

The victim, 18, is believed to have staggered into a card shop before being helped by members of the public.

It is thought he died at the scene.

Armed officers and a helicopter from the National Police Air Service led the search for the two male suspects allegedly involved in the assault who fled the scene.

One headed towards Providence Street and the other was seen making off towards the Cornhill.

A section of Westgate Street remains closed off around the crime scene.

A Section 60 Authority giving officers extra powers to stop and search began at 4.59pm for a period of 24 hours.

Detective Chief Inspector Matthew Connick said: “This was a brazen attack in the town centre which will have caused great distress to anyone who witnessed it.

“Whilst inquiries are at an early stage, we believe this to be a targeted attack.

“There will be an increased police presence in Ipswich this evening and over the coming days to provide reassurance to local residents and businesses.”

Information can be provided via 101 or anonymously by using independent charity Crimestoppers on 0800 555 111.