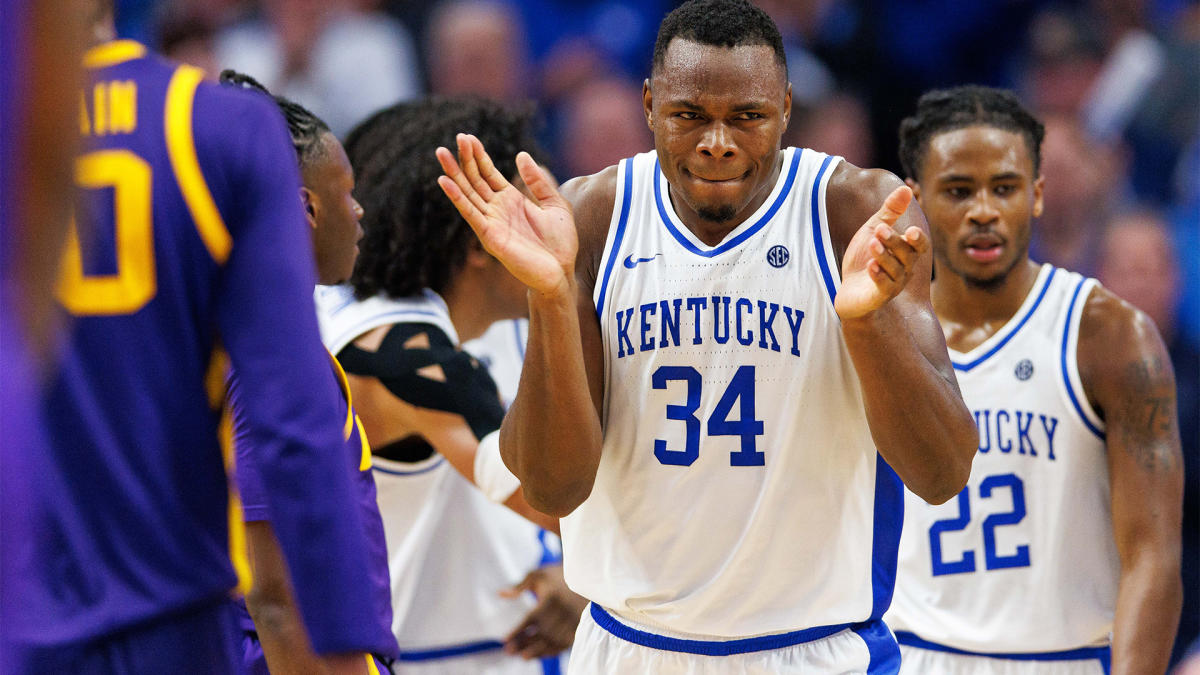 LEXINGTON, Ky. –  Oscar Tshiebwe scored a career-high 37 points and grabbed a season-high 24 rebounds in a dominating performance that sent Kentucky to an 85-71 win over Georgia on Tuesday night.

Tshiebwe had 23 points with 15 rebounds in the second half and the Wildcats (12-6, 3-3 SEC) rallied from an eight-point deficit to follow up their win over then-No. 5 Tennessee on Saturday with a victory over the Bulldogs (13-5, 3-2), who came in having won six of their last seven.

Tshiebwe scored Kentucky’s first eight points of the second half before CJ Fredrick hit a 3-pointer to give the Wildcats their first lead since a brief edge with 11 minutes left in the first half. Kentucky took the lead for good midway through the second half, but it didn’t reach double figures until Tshiebwe had a dunk and two free throws for a 12-point edge with two minutes to go.

Tshiebwe finished 12-of-20 shooting and 13 of 18 from the line with his rebounds roughly even on both the offensive and defensive boards. In posting his 11th double-double this season, he was the chief reason the Wildcats outscored the Bulldogs 18-2 in second-chance points and were plus-13 on the boards.

Georgia is host to Vanderbilt and Kentucky is home against Texas A&M in Saturday games.