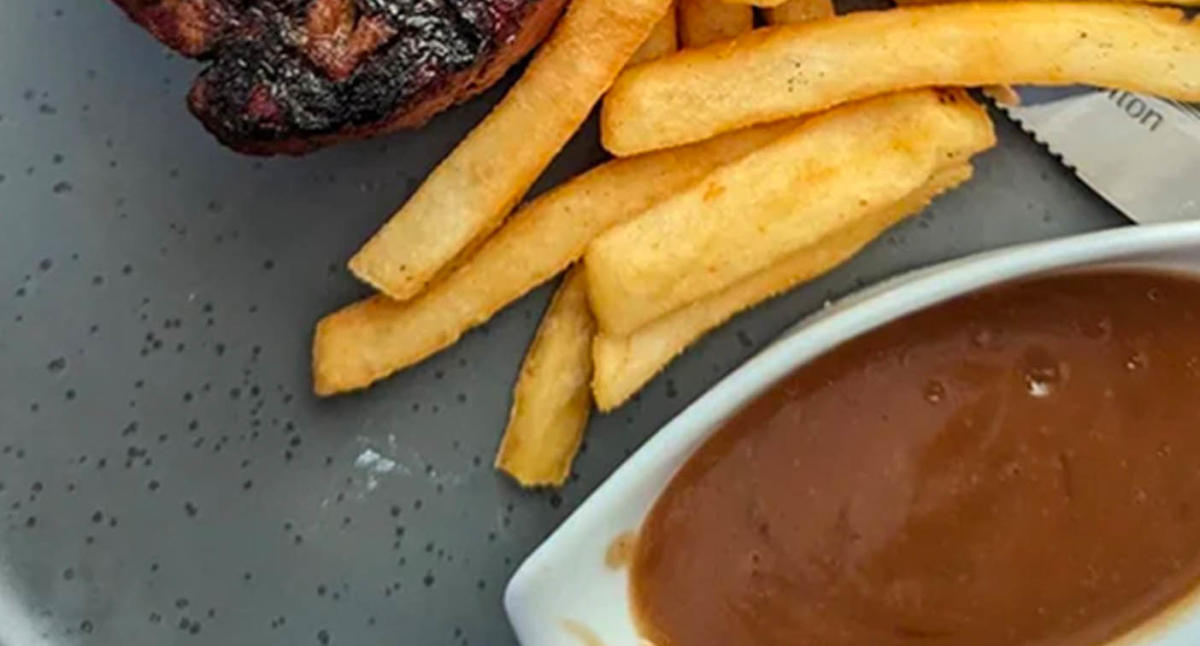 An Australian man has sparked a lively discussion over whether his pub feed was worth its $38 price tag thanks to one detail in particular.

The man took to Reddit to share a snap of his meal, which was presented on a large plate with a generous helping of chips, some gravy and an eye fillet steak that isn’t much larger than the key fob sitting next to the dish.

“38 bucks at the pub. Would you complain?” the South Australian, who goes by the username Philosofossil, captioned the image.

The Redditor also shared in the comments that his order consisted of a medium rare 200-gram eye fillet steak and came with access to a salad bar on top of what was viewed on his plate.

‘Bang for your buck’?

The post has earned over 600 comments from Aussies who are divided over the size and price of the meal, regardless of the salad bar and amount of chips. “Where’s the rest of it?” a community member asked. “It’s an eye fillet. That’s normal,” another interjected, while someone else wrote, “Compared to the size of the key fob, it doesn’t look like 200gms.”

“That’s a lot of chips! Seeing as there is a potato chip shortage, maybe you got bang for your buck,” someone pointed out, while another user commented: “I wouldn’t complain but I definitely wouldn’t go back.”

Other members of the group defended the pub in question, saying the meal was worth $38 considering the premium cut of meat and the fresh salad that goes with it. “For the right cut of beef, it is probably a reasonable price,” commented one Redditor.

“Yes. Be grateful it’s not Melbourne – because it would be 45 bucks and served with barely concealed contempt,” another said.

Shrinkflation and the potato shortage

Over the past two years, Aussie consumers have voiced their concerns about escalating food prices following supply chain disruptions from the Covid-19 pandemic and widespread flooding that has affected many farms in the eastern states.

Meanwhile inflationary pressures have prompted food and beverage manufacturers to decrease the weight and size of multiple products, with items such as bread, chocolate bars and chips getting smaller.

Potato shortages have also hit Australian supermarkets, thanks to the high level of rainfall that impacted some crops, eventually forcing Coles to implement buying limits on frozen potato products across the country and causing the price of chips to skyrocket at Woolworths.