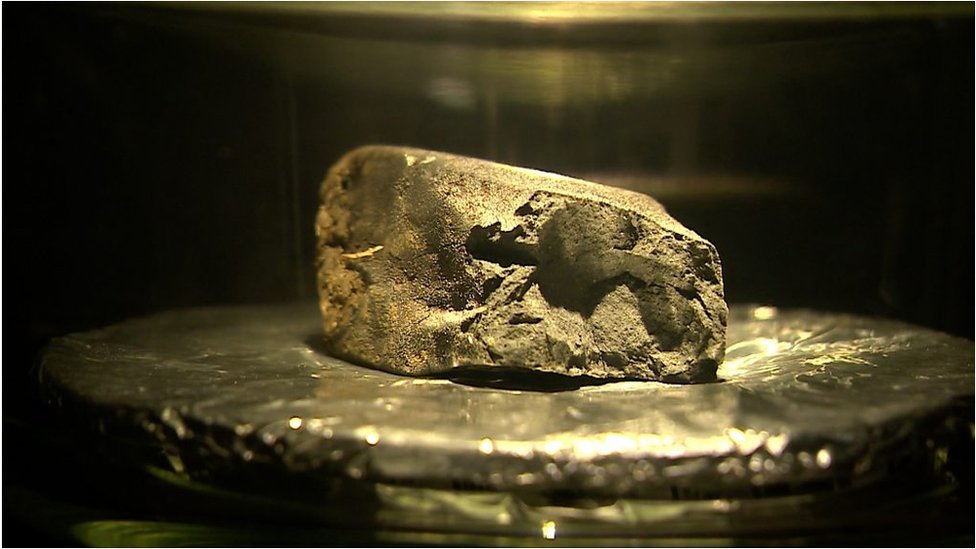 Visitor numbers at a museum have trebled since it displayed fragments of a meteorite that landed locally.

Discovered on a Winchcombe driveway in February 2021, parts of the meteorite are now on permanent display at the town’s museum.

It was the first to be discovered in the UK since 1991.

Winchcombe Museum’s Michael Dufton said it had been a “massive gift”, with Winchcombe school also integrating it into their science curriculum.

Mr Dufton said since displaying the rocky material, which fell to earth in a blazing fireball over the Gloucestershire town, visitor numbers had increased massively.

He said some visitors had travelled more than 100 miles to see the find.

He said: “It’s just brought everybody’s eye onto the museum.”

Scientists believe the meteorite dates back to be very beginning of the Solar System, some 6.4 billion years ago.

Analysis last year found the meteorite contained water that was a near-perfect match for that on Earth.

Mr Dufton, the chair of trustees at the museum, said the venue had even set up a room dedicated to the rocky material’s story, including how it was found and researched.

Tanvi Bhatt who works as a science teacher at Winchcombe school, said she hoped learning about exciting things on their doorstep would help inspire local children.

Ms Bhatt said: “I think it gives students the opportunity to see that they can be involved in science as well.

“There’s just that real life connection that this has happened locally and you can be involved in it yourself.”

Students Ryan and Cariad said learning about something so close to home was “pretty cool”.

Ryan said: “It does make it more interesting because it’s just so close.