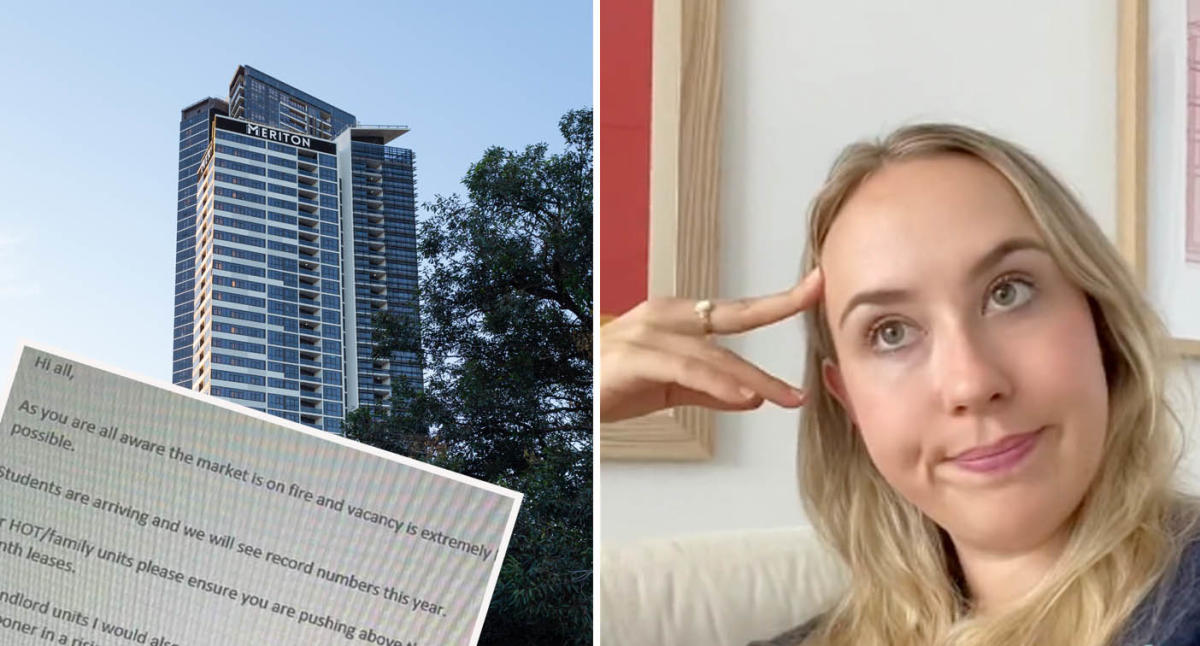 A Sydneysider was flabbergasted after her landlord increased her rent by almost $12,000 a year.

The decision comes after Meriton management encouraged property managers to capitalise on the “rising market” and push “rents as hard as possible”, as revealed in an email leaked online.

Mental health charity founder Milly Bannister is now one of the renters at Meriton apartments that has seen her rent jump as of Sunday.

“I met someone yesterday in the Meriton next to us who said that they’ve been pushed out because their rent is going up by $1,000 a week, and they’re getting students in three to a room. That’s obviously illegal having multiple people living in the same room.”

“Unfortunately there is no limit to how much Meriton can increase the apartment rent every year. And you can’t do anything about it unless you want to go to the tribunal. Not fun.”

Though she did highlight the “brutal” rental increase is not specific to Meriton, rather a part of a larger issue in Australia.

“This case isn’t extreme or unique though — it’s happening to everyone and it’s legal,” she said.

According to Fair Trading NSW, a landlord does not need to give written notice before initiating a rent increase for a fixed term of less than 2 years.

However for a periodic agreement (rental agreement with no specific end date), rent can only be increased once in a 12 month period after a minimum of 60 days’ notice is given.

Speaking to Yahoo News Australia, a spokesperson insisted recent rent increases are not “greedy” and instead are a “reflection of the value set by the market”.

“The rents are no greater than they were before COVID and of course the costs have gone up,” they previously said. “The rent increases have nothing to do with greed or Meriton apartments would not be at capacity,” the spokesperson said, warning renters to prepare for more increases in the coming months.

“If Meriton were greedy, they would be unable to lease any of its own apartments. The banks are increasing interest rates rapidly, why are they not being called greedy? Meriton is building more apartments than any other developer in relation to Build-For-Rent. In that way, we are doing more to keep rent increases at a stable pace.”