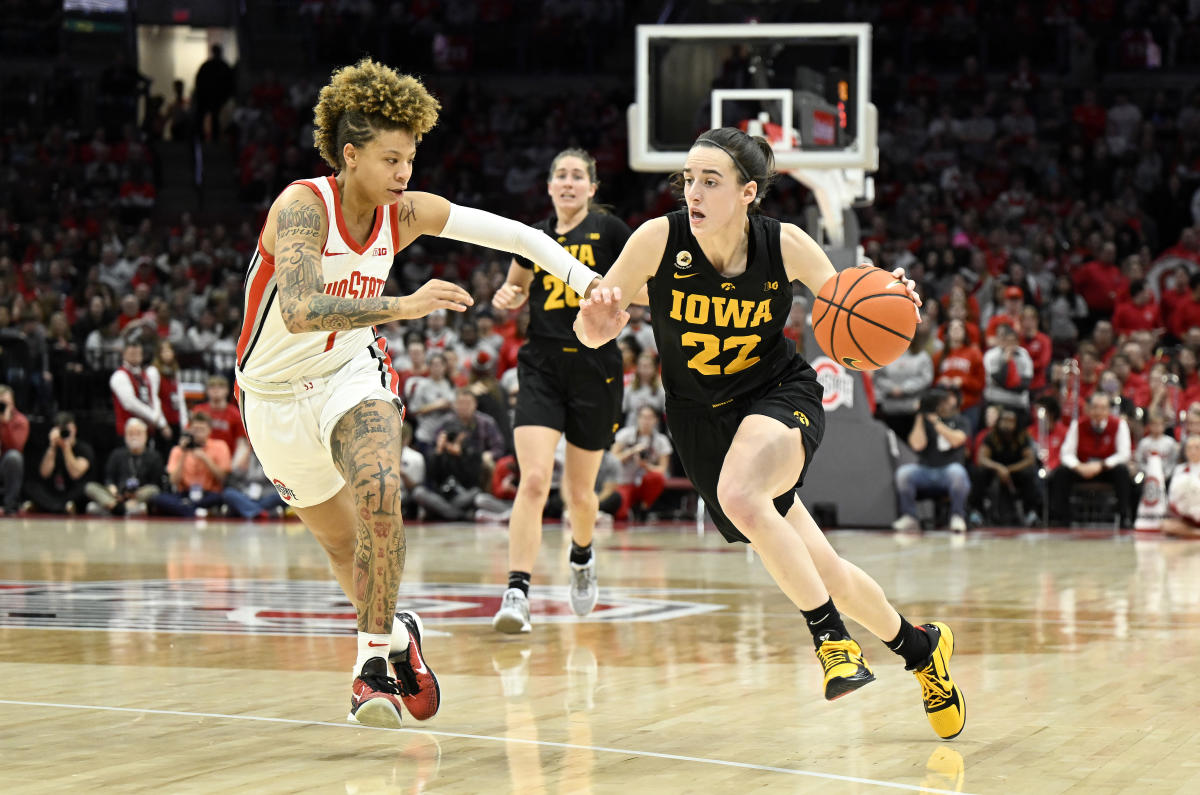 Caitlin Clark had herself a day on Monday.

The Iowa All-American posted one of the best games of her career while leading No. 10 Iowa to an 83-72 upset of No. 2 Ohio State on the road. She notched a triple-double in the process while tallying 28 points, 15 assists and 10 rebounds in the win.

The triple-double was the eighth of her career, a Big Ten record. She now trails Lamar’s Chastadie Barr by one for the second-most triple-doubles in NCAA DI women’s history. She has a long way to go catch ex-Oregon star Sabrina Ionescu, who leads the triple-double list with 26. She’ll surely settle for her monster effort that handed the previously undefeated Buckeyes their first loss after a 19-0 start.

The Big Ten clash was close throughout the first quarter as Ohio State opened a 24-23 lead. But the Hawkeyes took control in the second quarter with Clark scoring or assisting 15 of Iowa’s 20 points as they opened up a 43-34 halftime edge.

Ohio State closed the gap to two points in the third quarter but never retook the lead as Iowa rode an 11-2 run in the fourth to put the game away. Monika Czinano added 22 points and four rebounds for the Hawkeyes while Kate Martin posted a double-double with 13 points and 11 rebounds. The Hawkeyes overcame 17 turnovers, including seven from Clark, by shooting 47.7% from the field and limiting the Buckeyes to a poor shooting night that included a 4-of-25 (16%) effort from 3-point distance.

Freshman Cotie McMahon led Ohio State with 21 points and eight rebounds while sophomore Taylor Theirry added 20 points and nine rebounds. Things won’t get any easier this week for the Buckeyes, who travel to face No. 6 Indiana on Thursday.

A unanimous AP All-American last season, Clark joined South Carolina’s reigning National Player of the Year Aliyah Boston as a unanimous preseason selection this season. She’s lived up to the hype while averaging 26.7 points, 7.6 rebounds and 7.5 assists. Monday’s effort against the Buckeyes adds to her already strong case to challenge Boston for her NPOY throne.