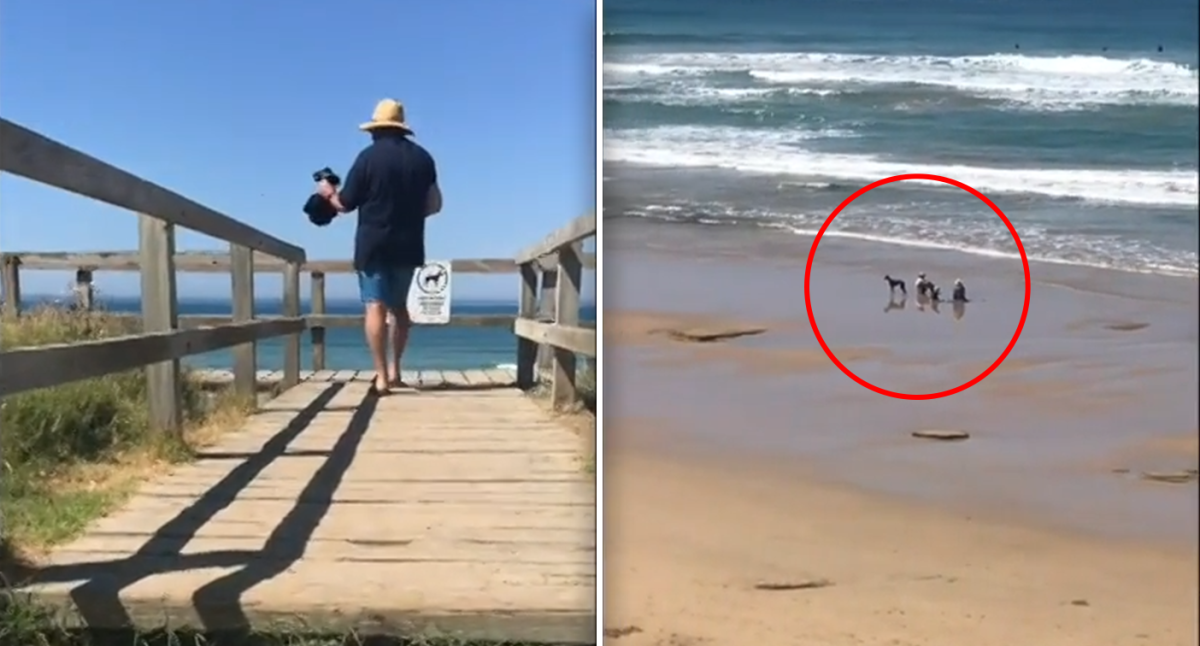 “My dog would never do that” are six words that make bird lover Sean Dooley groan. “Of course, people always say it’s never their dog. They either just willingly turn a blind eye or just don’t realise what their dogs can do.”

The Birdlife Australia spokesperson is frustrated that many owners let their beloved dogs run free on the beach where protected seabirds are nesting.

Highlighting the problem is footage shared to Reddit showing dogs running off-leash at Barwon Heads, Victoria, despite clear signage warning that vulnerable hooded plovers are nesting there. If the 290 comments underneath the video are any indication of public sentiment, Mr Dooley isn’t the only person frustrated.

“People are awful for the most part,” one person wrote. “I hate disrespectful a**holes like this,” someone else added. “That’s so terribly sad,” another commented.

Others said they were frustrated by the lack of enforcement at beaches. “I’ve never seen a fine issued. Only ever warnings,” one person mused. “That sh** should be enforced with absolutely savage fines. Like, several thousand dollars savage,” someone else suggested.

The beach is in the jurisdiction of the City of Greater Geelong, which prefers to educate dog owners rather than fine them. Its animal enforcement officers have conducted 85 hours of patrols in the Barwon Coast area since December. “Our officers regularly patrol beaches to enforce dog regulations and help protect plover nests and chicks,” the council’s David Greaves said.

Along with other human activities like coastal development, the presence of dogs on bird nesting sites has catapulted nesting shore birds like hooded plovers towards extinction.

“The birds can’t tell the difference between a friendly dog and an aggressive dog,” Mr Dooley told Yahoo News Australia.

Stressed birds fly off regardless of the intention of the dog because their survival strategy is based on having good camouflage and a lot of space to escape.

But if they’re nesting at the time, they’ll sacrifice themselves to distract the dog and pretend to be injured by dropping a wing like it’s broken.

While seeing your dog chase birds “might just seem like a bit of fun”, Mr Dooley warns the practice can have fatal consequences. With the parent focused on the dog, other predators with often hustle in and attack the chicks.

Another concern is that when birds are focused on dogs, they’re not feeding themselves or their young. “That’s especially problematic for migratory shorebirds. If they’re constantly having to fly off, they’re burning up the fuel they need ahead of their migration back to Siberia.”

Despite ongoing concern about pet owner behaviour, it’s not all bad news.

In 2006, there were just 500 hooded plovers left in Victoria. But thanks to the work of volunteers and councils working to inform beachgoers, the last count showed their numbers had grown by 50 per cent to 750.

Despite this, the species remains vulnerable to extinction, so their recovery will rely on dog owners doing the right thing.

Nationally the population of the eastern subspecies is thought to be just 3000 individuals. Half of them are in Tasmania where numbers are continuing to fall; a decline of between 20 and 25 per cent was recorded between 1982 and 2016.