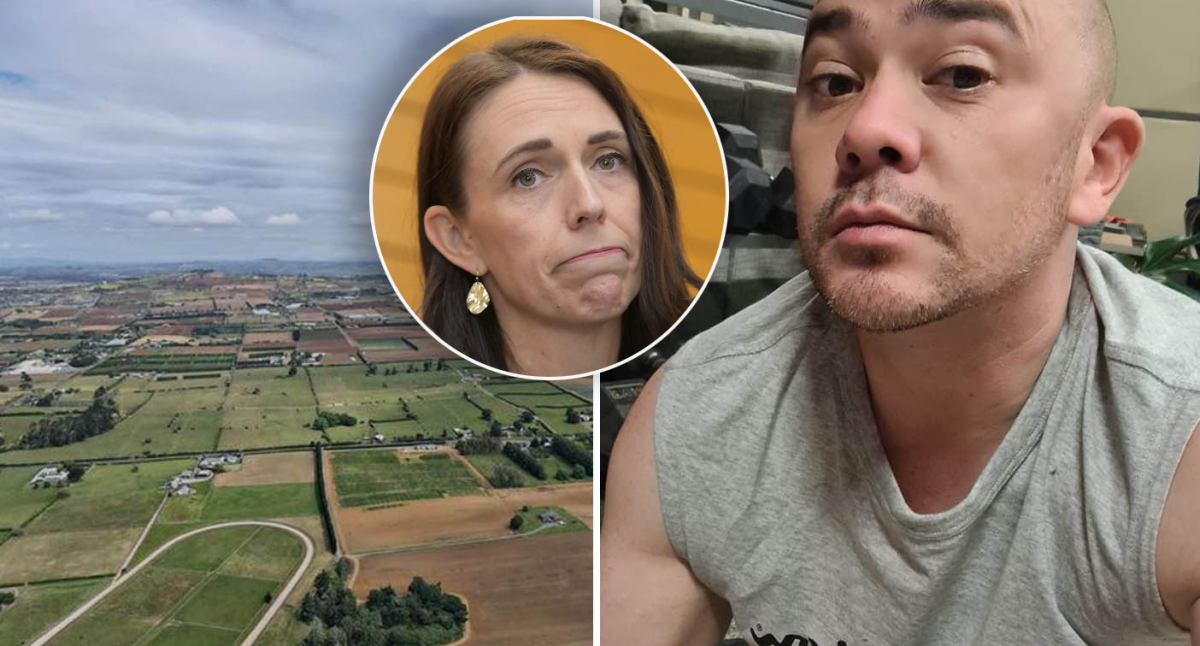 A New Zealand farmer has farewelled Prime Minister Jacinda Ardern with a giant message mowed into his paddock.

In a TikTok viewed by almost 40,000 people, vegetable grower Rodney Ng showed the work that went into mowing the five giant words “The end of an error,” into a field on his property.

Mr Ng told Daily Mail it took three people about seven hours to do with each letter about 40 metres from top to bottom. He said his property sits under a flight path, meaning passengers will be able to view his message when flying into Auckland Airport.

“Hey Cindy, the farmers of NZ would like to wish you all the best!” his captions read in the video, addressing the PM. “We had our ups and downs, we don’t agree on with a heck of a lot but that’s water under the bridge.

“We can all celebrate now. You were one of a kind that’s for sure.”

The farmer said the cheeky message represented the “immense pressure” New Zealand farmers faced during the pandemic, due to regulations introduced by the Labour government.

“The fart tax is a hard one for beef and dairy but there are many,” he told the Daily Mail. “The mental health of many New Zealand farmers has been a big concern over the last few years. We’re under a lot of pressure with increasing regulations and new legislations.”

The response to the video was mainly positive, with people commending Mr Ng’s comedic effort.

“Safe to say farmers weren’t a fan,” one person commented on TikTok.

“Well done! you have captured the sentiment of many many New Zealanders!” another said.

Jacinda Ardern no longer has ‘enough in tank’ to lead NZ

“I am announcing I will not be seeking re-election and my term as prime minister will conclude no later than the 7th of February,” the emotional leader said. Ms Ardern was expected to announce an election date – which she did, for October 14 – but shocked all-comers by declaring her exit from politics. Chris Hipkins, the party’s new leader will be sworn in as prime minister on Wednesday.